Catalytic converter theft victims are fighting back against thieves

The National Insurance Crime Bureau says in 2020 an average of 1,203 catalytic converters were stolen a month. 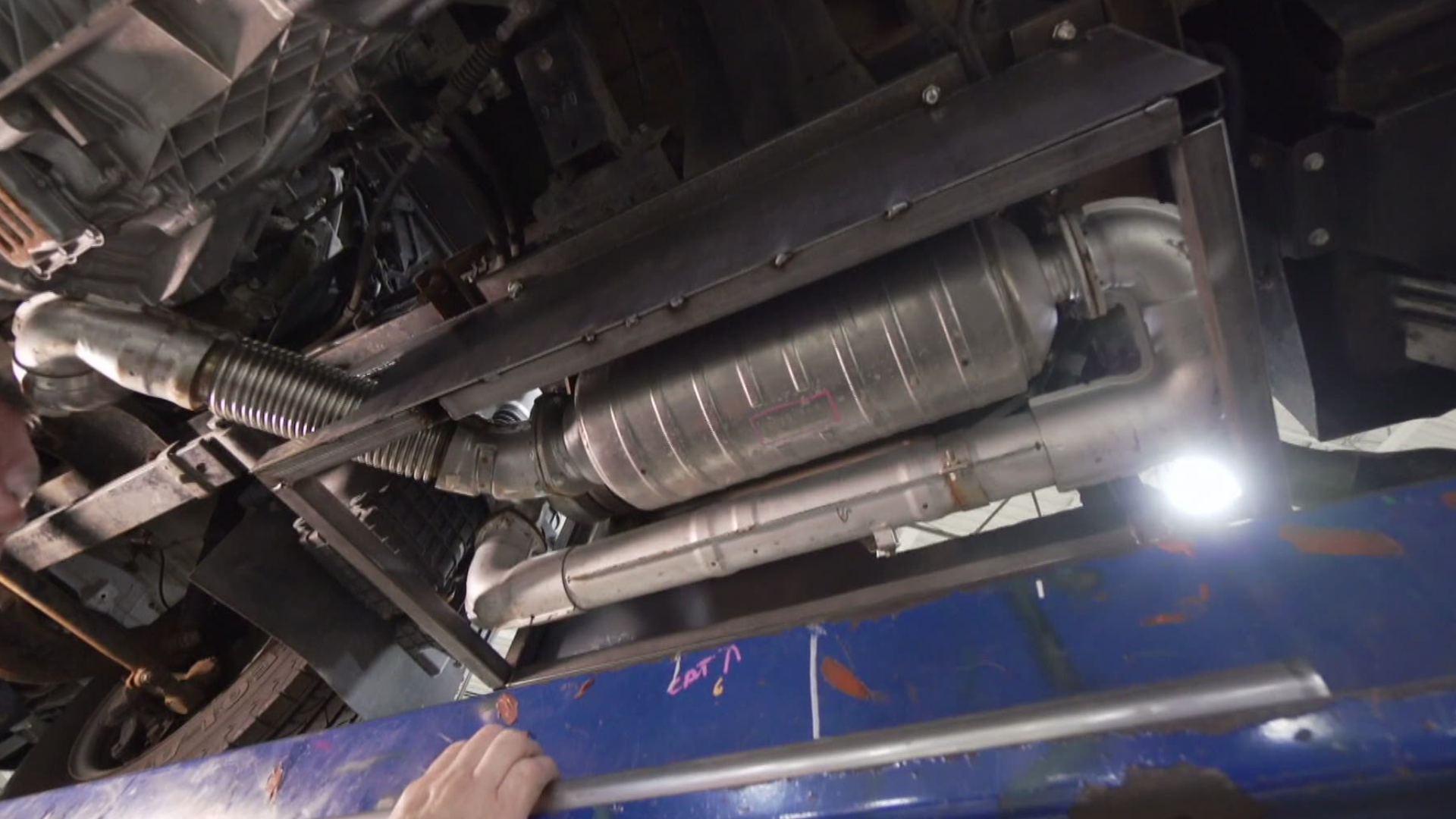 INDIANAPOLIS — It's a sound John McDermott knows all too well.

The loud sound comes from his truck, and it lets him know yet another catalytic converter has been sawed off his vehicle.

McDermott owns Martin Fine Furniture and says, over the years, he's had at least four converters stolen. Each theft is money down the drain for downtime and deductibles. Now, he's playing defense.

Instead of waiting for another theft to happen, McDermott is having Beck Service Center install a cage around his catalytic converter.

Ben Stallings with Beck Service Center said customers are pouring in the shop with the problem.

But add a cage and it creates an obstacle for thieves.

"When they come with their saws, they're not able to get in to cut the converter off," Stallings said.

Not Just an Indianapolis Problem

The National Insurance Crime Bureau said in 2019, an average of 282 converters were stolen a month.

While catalytic converters clean pollutants from the air, it's not the planet criminals want to save, but the trace amounts of precious metals inside.

Palladium, platinum and rhodium are what's valuable, and right now an ounce of rhodium equal to the weight of about six nickels goes for more than $27,000. The same amount of gold would be a little over $1,800.

"If they can take four to five of these in a night, they just picked up $1,500 in a night," Stallings said.

And it's happening in broad daylight, too.

David Rose parked his car next to the Pennsy Trail in the Irvington Plaza parking lot weeks ago.

"I decided, beautiful day, I'm going to ride my bicycle," Rose said. "When I got back, nothing looked out of place until I got in and started the engine and then it was like, 'Whoa, this is noisy.'"

But Rose was lucky. His catalytic converter was still there. Thieves cutting his pipes stopped halfway through.

The retired shop teacher welded the pipe himself.

How To Prepare and Prevent Issues

The Insurance Information Institute recommends parking near people and cameras, checking your insurance policy for comprehensive coverage and, if it's a big vehicle with pricey converter, a device like the one Beck Service builds.

"It's money well spent," McDermott said. "I don't believe the problem is going to go away."

The bill also makes it a felony for anyone to buy a stolen converter.