In total, taxpayers have pledged $1 million to the East Knoxville nonprofit since it opened. 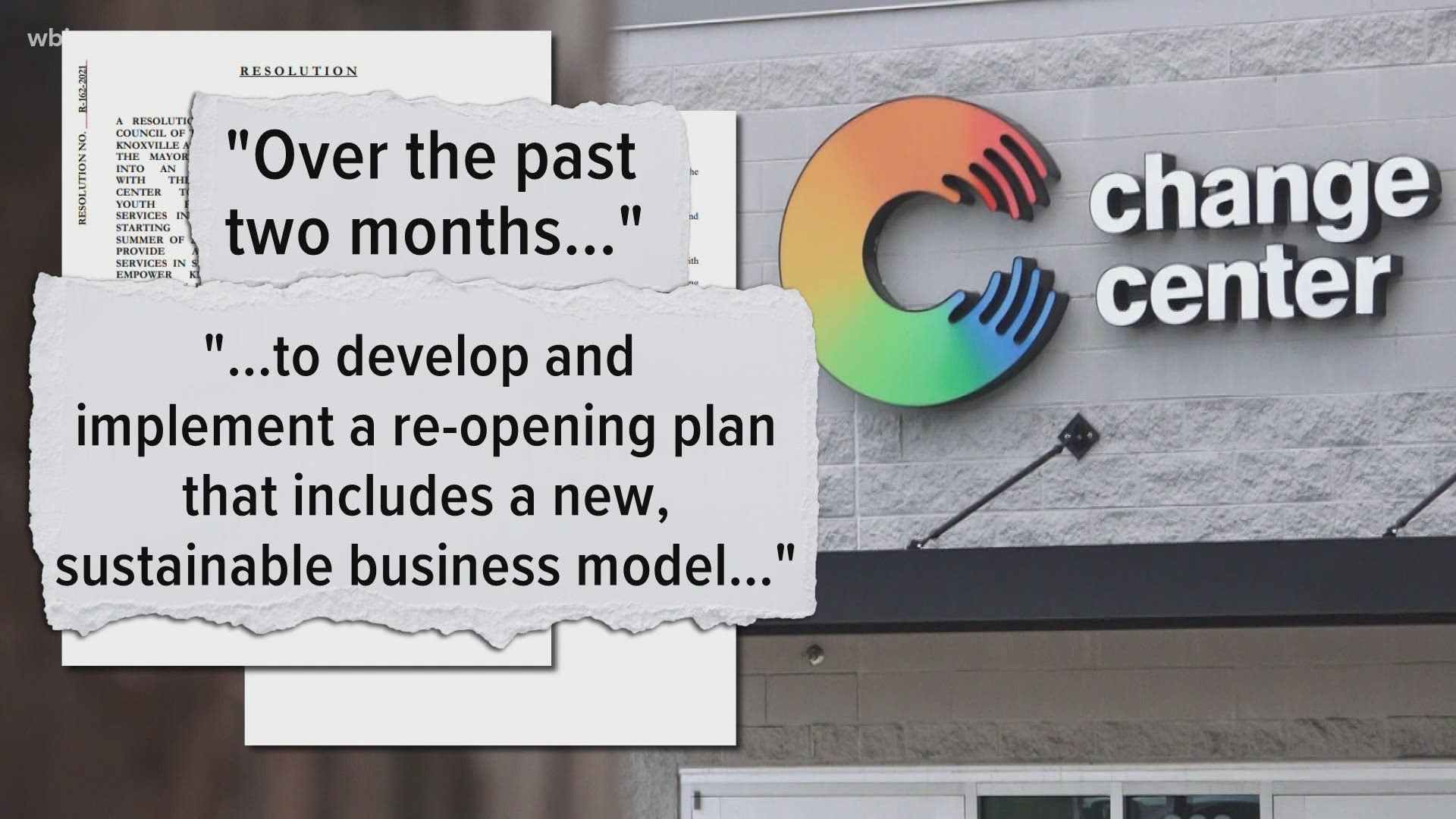 KNOXVILLE, Tenn. — The Knoxville City Council approved a $150,000 donation for East Knoxville nonprofit The Change Center Tuesday on the condition it implement a new, sustainable business plan—though none has yet been developed, 10News has learned.

The City Council resolution reads "Over the past two months, the leadership of the Change Center have worked with the City, Knox County and multiple private sector leaders to develop and implement a re-opening plan that includes a new, sustainable business model and will provide enrichment services to youth in our community."

But 10News has learned not only is there no re-opening plan to be implemented, but there also has not been a single meeting about creating one.

In a statement, City of Knoxville spokesperson Eric Vreeland said "conversations have taken place, but the working group hasn't met yet so the business plan has not yet been fully developed."

In an interview, Knoxville Director of Community Empowerment Charles Lomax said he hoped to have a plan in place in six months or a year.

Since its opening, the city has donated $700,000 taxpayer dollars to the Change Center. The county government will match the additional funds approved Tuesday, bringing the total to $1 million taxpayer dollars donated to the nonprofit since it opened.

In an interview, executive director Nicole Chandler declined to speak about the new business plan.

"The money that we received will help us with operations and reopening as we are coming out of the pandemic from being closed for a year," she said.

The nonprofit served 400 kids when it reopened for the first time since August last weekend, Chandler said.

"It was awesome, it was so good to hear kids laughing and having a good time and that’s such a sign of life," she said.

The Change Center was created to provide a safe afterschool space for local teenagers in 2016. It has been central to the city's violence interruption plans in the years since.

"As you know we all need safe, enriching places for our kids to go," Mayor Indya Kincannon said when urging City Council to approve the funds Tuesday night.

"No one organization has all the answers, it’s going to take all of us," Chandler said. "It's going to take partnership and collaboration and we’re doing those things."

He said the city will participate in conversations about the plan, but does not plan to lead discussions.

If the nonprofit does not develop a new business model or adhere to reporting requirements outlined in the contract accompanying the resolution, the city could terminate its agreement.