“When he was arrested, instead of him giving them his actual name, he gave an alias that happened to be my actual name." 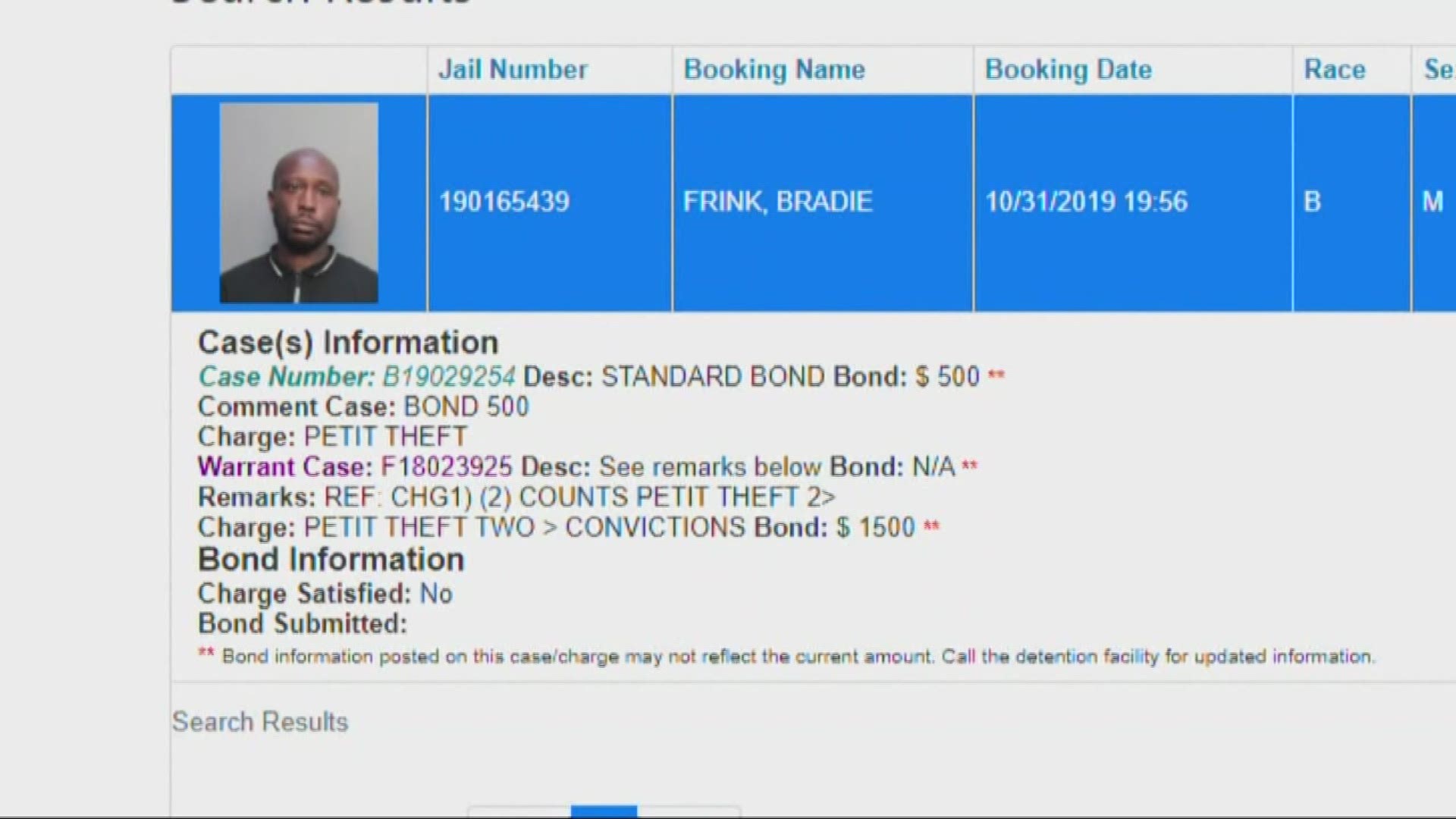 CHARLOTTE, N.C. — An identity theft horror story shows how a Charlotte man is in trouble with the law for crimes he didn't commit. The victim told NBC Charlotte an inmate used his identity while going through the arrest process in Miami, Florida.

He said it’s led to everything from criminal charges against him to his social security number being blocked. Now, he’s urgently trying to correct the situation.

Bradie Frink Jr., 50, said it’s been a bureaucratic nightmare contacting police agencies from Charlotte to Miami, all to clear his name for something he didn’t do. Someone with the same name and date of birth is listed as an inmate in Miami-Dade County, Florida.

“I’ve never been to Miami before,” Frink Jr. said.  “Never seen him before, never heard of him.”

Frink Jr. said he knew something was wrong after applying for a job.

“I got the background check back that were there four charges pending under my name,” Frink Jr. said.

Those charges included two counts of theft, but beyond that, Frink Jr. said he learned his identity had been stolen.

“When he was arrested, instead of him giving them his actual name, he gave an alias that happened to be my actual name,” Frink Jr. said.

Frink Jr., an employee with the U.S. Department of Veteran Affairs, is now trying to clear his name.

He said he not only filed a report with the Charlotte Mecklenburg Police Department, but he also contacted several law enforcement agencies in the Miami area.

“Now, there’s a process in order to get all of those charges removed for me, they have to verify all of my information, authenticate that I am who I say I am,” Frink Jr. said.

In the meantime, he says CMPD entered his photo into an FBI database in case he gets stopped by police.

“I had to create a passcode, so that if anything happens or I’m stopped by police or questioned, only I would know that password to authenticate myself,” Frink Jr. said.

It doesn’t end there. Frink Jr. says his social security number has been blocked and now he’s working on getting a new one. He said it’s been a bureaucratic nightmare.

Frink Jr. said he’s not sure how his personal information was stolen, but he has been the victim of data breaches in the past.

“I was a part of the Equifax security breach,” he told NBC Charlotte.

While he tries to reclaim his life, he hopes the experience serves as a warning for others.

Frink Jr. believes the whole ordeal may have cost him the job he applied for. He said he tried to explain the situation, but never heard back.

There are a few steps you can take to protect your identity: check your financial accounts for errors or suspicious activity, enroll in a credit monitoring service, consider freezing your credit, and alert authorities if anything happens.