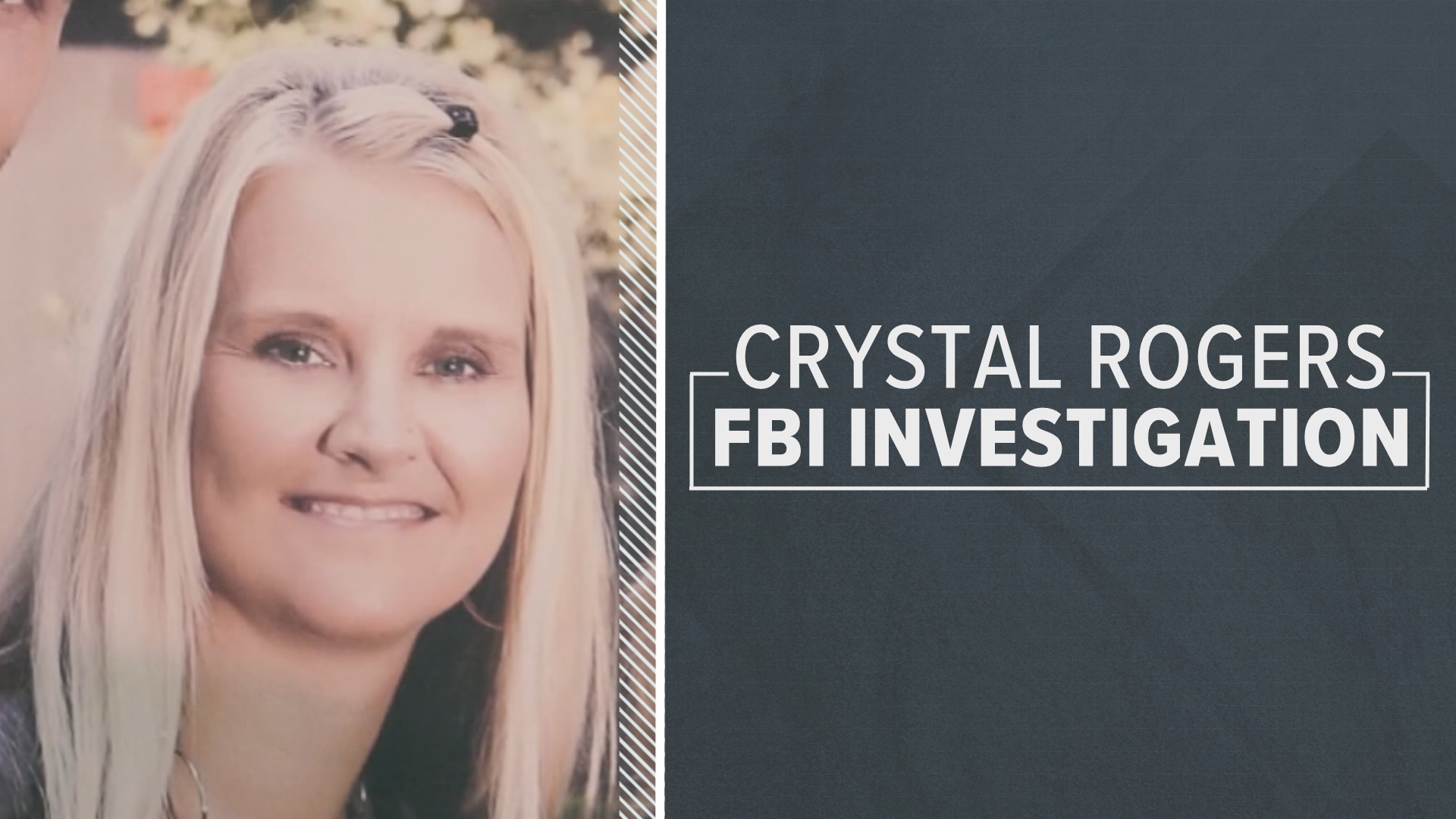 BARDSTOWN, Ky. — Sherry Ballard has been searching for her missing daughter for the last six years. As new developments lead the FBI to a search in one Bardstown neighborhood, the mother of Crystal Rogers says she's hopeful this can bring her daughter home.

"I'm praying so hard that they actually find Crystal," Ballard said. "I don't know what I'm going to do if they do, but I have to know where my daughter is."

FBI Louisville closed one street in the Woodlawn Springs subdivision as they searched specific addresses. Drone footage shows agents pulling out tarp and digging up front yards following searches with a cadaver dog.

The 250-acre residential community near Dean Watts Park is home to three houses owned by Houck Rentals LLC. Documents from the Nelson County PVA show Brooks Houck, Roger's boyfriend at the time of her disappearance, listed as the registered agent for Houck Rentals.

Tuesday's search comes more than year after the FBI announced it would be the lead investigative agency on the case. Ballard said the continued searches "based on information gathered by the federal investigation" shows they are not giving up.

"The FBI will always tell me don't get your hopes up, because they don't know what they're going to find," Ballard said. "I think about that, but then I think about how God can make anything happen, so I'm going to keep my faith and pray that they find my daughter today."

Neighbors said Houck was doing construction in the subdivision at the time Rogers' went missing. Sitting less two miles away from the search, Ballard said she is familiar with the area as she has searched it before.

"In the very beginning when we were searching, we had a cadaver dog hit on a dirt mound," Ballard said. "We didn't find anything, but the fact that they're back searching in that area tells me maybe we had a clue, but we couldn't find what we were looking for."

Ballard said she hopes the FBI "can find what we didn't," but knows firsthand just how difficult it is to have hope destroyed. Human remains found in Nelson County in 2020 led many to believe Rogers' body was discovered. The FBI later announced the remains did not match Rogers.

"It's such a letdown when nothing happens, but I try to tell myself this isn't a sure guarantee — that anything is going to happen, so don't be upset when it doesn't," Ballard said. "I've been praying really hard that this is going to be God's time and I'm going to get my answers."

Six years later, Ballard said she hopes this search could be the last.

"It's time, it's past time," Ballard said. I'll deal with whatever I have to deal with but I'm ready to bring my daughter home — I've been ready. I knew from the moment she went missing that she was not coming back."

Nelson County's Sheriff Ramon Pineiroa is preaching patience from the community, as hard as it may be six years later.

"The investigation is more important than somebody driving by posting information and things that they're doing Facebook," he said.

Whether this latest search means answers in the coming weeks, or months, remains to be seen.

"This is a long string of heartache that families all across Nelson County have gone through," Woodlawn Springs resident Holly Walker said.

What is found at the subdivision may never be released, or could be released when charges are filed.

Want an inside look at what the UNSOLVED team is investigating next? Join our Insiders group on Facebook.