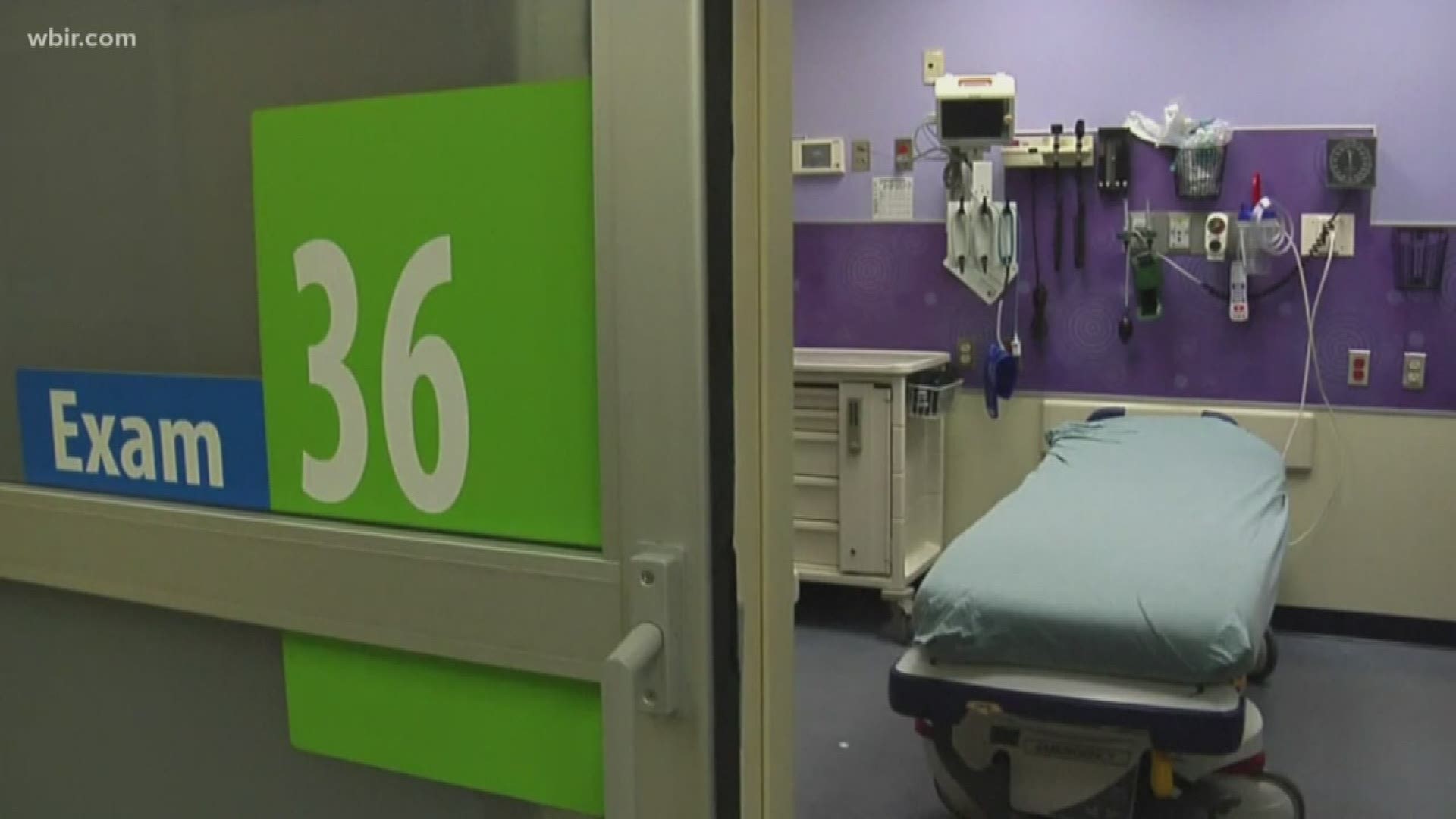 On any given day, more than 200 patients walk through the doors of the emergency room at UT Medical Center.

But some days are worse than others.

"Monday of this week was a bad day throughout the city as far as I could tell," Dr. Blaine Enderson, the Vice President of Emergency Trauma at UT Medical Center, said.

A spike in patients can overload Knoxville's emergency care system.

"We have to triage our calls out and we're going to have to dispatch ambulances based on those priorities of patients," Chris Mclain with the ambulance service AMR said.

"We've seen a jump in our volume of about 30-40 patients per day on average," said Enderson.

And when that happens, everyone waits longer.

There's been a surge in patients at Fort Sanders and Parkwest, too.

A spokesperson said those hospitals have seen a 14% increase since the old Saint Mary's closed.

And new numbers--just released by the state--show how many patients are having to find care somewhere else now.

If there aren't beds, ambulances have to wait with patients.

On days like Monday, more than half a dozen sit at the hospital waiting instead of responding to emergencies.

"We have to have places to put those patients once we get to the ER," Mclain said. "Unfortunately, even if you ride in in an ambulance, it doesn't put you at the front of the list, they still have to triage them out."

From the ambulance service, a plea: If it's not a true emergency, don't call us.