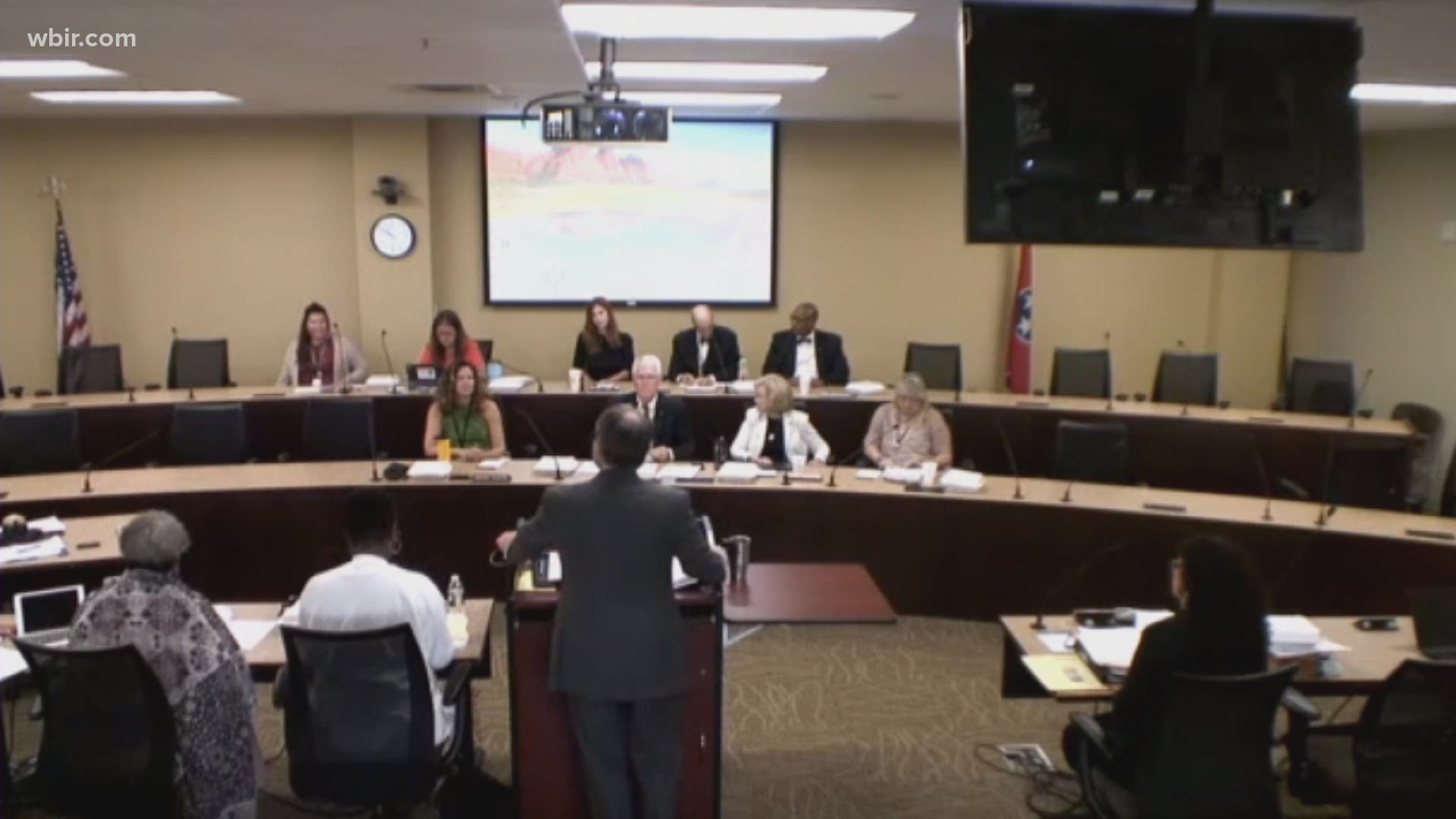 The Tennessee Board of Medical Examiners voted unanimously Wednesday to revoke an East Tennessee doctor's medical license for three years.

The Department of Health and Dr. Michael LaPaglia's lawyer agreed to a deal that would also require the disgraced doctor to submit a "practice plan" and complete an ethics course if he intends to begin practicing medicine in the state again.

Lawyers for the department insisted the agreed order does not guarantee LaPaglia will get his license back, but provides a path forward for him to do so. The order bans him from dispensing controlled substances and mandates he comply with previous, outstanding disciplinary action.

The board voted to adopt the order with less than 20 minutes of discussion.

An East Tennessee doctor used the wrong type of COVID-19 test to clear sick patients to return to work during the height of the pandemic, the state Department of Health alleges.

Dr. Michael LaPaglia, 50, is due to report to federal prison for an 18-month sentence after selling prescriptions without authorization to drug customers, federal court records show. He has previously faced state license discipline for drug possession and took part in an illegal cavity search where he sedated an Anderson County inmate, records show.

The state Board of Medical Examiners suspended his license for six months twice over the past 23 years, but still currently allows LaPaglia to practice medicine in Tennessee, records show. His license is listed as being on probation.

The state board is holding an administrative hearing Wednesday for his latest case.

LaPaglia's attorney did not return a request for comment Tuesday.

The COVID test case was filed in early April. According to the Department of Health, LaPaglia improperly used an antibody test on patients with COVID-19 symptoms, even though the test manufacturer's instructions warned it would not work correctly on people with active symptoms.

In November and December, the state said LaPaglia visited two patients with symptoms of the coronavirus—fatigue, fever, body aches, etc. One of the patients had been exposed to the virus at work and couldn't return until she tested negative.

LaPaglia didn't wear a mask or gloves, didn't use a working thermometer and used the flashlight on his cell phone to examine the throat of a patient, the state alleges. It says he falsified medical records indicating he conducted a physical exam of his patient when he did not.

In early December, the state said LaPaglia' lied to his parole officer about having contracted the coronavirus himself to avoid a drug screening.

In January, he gave the parole officer a fake document listing a positive COVID-19 test result, the state said. He later admitted to investigators that "he had never had COVID-19."

When he finally took a drug test, he tested positive for a controlled substance, records show.

In May, a judge sentenced LaPaglia after a 2018 guilty plea in U.S. District Court in Knoxville. He admitted to one count of conspiring to distribute controlled substances and a count of making a material false statement in the delivery of health care benefits.

He has not yet been ordered to report to prison, the attorney representing him in federal court said.

LaPaglia lost his authority to write prescriptions, so he wrote ones signed by another doctor, the government alleged.

He would meet patients at his home or in a parking lot of the McDonald's in Fountain City, for example, handing off the controlled substance prescriptions there.

"Customers were charged $300 cash per monthly visit.  The customers would then take their prescriptions to be filled at pharmacies, where a number of them used their health insurance to pay for the controlled substances," a government release Wednesday states.

The Tennessee Board of Medical Examiners also investigated LaPaglia's conduct in 2019, finding him guilty of recruiting patients from former healthcare facilities of employment, seeing patients in his own home or at business parking lots and "writing prescriptions on pre-signed prescription sheets or forging blank prescription sheets...," TBME records state.

This isn't the first time LaPaglia has come under scrutiny.

In February 2010, he played a role in the illegal body search of suspect Felix C. Booker in Anderson County, court records show.

An Oak Ridge police officer stopped a vehicle that Booker was riding in. The officer suspected he was hiding something. He found what appeared to be drugs in the car.

A detention officer stripped Booker naked. A supervisor and the district attorney directed him to take Booker to the hospital for an exam, according to records.

No one secured a search warrant to check inside Booker's body.

At Methodist Medical Center, LaPaglia used his finger to try to inspect Booker's rectum, according to records. Booker resisted and objected.

Then, LaPaglia had a nurse inject Booker with 10 milligrams of midazolam, a sedative and muscle relaxant. The doctor felt something but couldn't retrieve it, and Booker continued to resist.

Finally, LaPaglia gave Booker 20 milligrams of another sedative and 125 milligrams of a paralytic agent. He also put a breathing tube in Booker's throat so he'd be able to breathe.

"This search was successful and LaPaglia removed a white object from Booker's rectum," a ruling from the 6th Circuit U.S. Court of Appeals states.

A federal grand jury indicted Booker for possession of crack cocaine, and despite his lawyer's efforts, the search was found to be legal and he was convicted.

On appeal in 2015, however, the case against Booker was thrown out.

The appellate court in Cincinnati found, in part, that LaPaglia had acted at the behest of Anderson County authorities and that the rectal search was illegal.

A domestic dispute between LaPaglia and his girlfriend led to Knoxville police discovering marijuana in LaPaglia's Fox Cove Road home off Pellissippi Parkway in September 2013, according to warrants.

Police found, among other things, 45 quart-size mason jars with marijuana, a grow light, a scale, a ledger indicating sales and amounts and 127 glass pipes, according to records.

In 2014, LaPaglia was put on judicial diversion on two counts of drug sales, records show. In February 2018, the cases were dismissed because he'd successfully stayed out of trouble and met the terms of his judicial diversion.

As a result of his Knox County Criminal Court case, LaPaglia had surrendered his DEA Registration Number. That's why he couldn't write prescriptions.