Most districts in East Tennessee approved a one-time bonus or a 2 percent increase in educator pay, instead of the 4 percent raise Governor Bill Lee proposed. 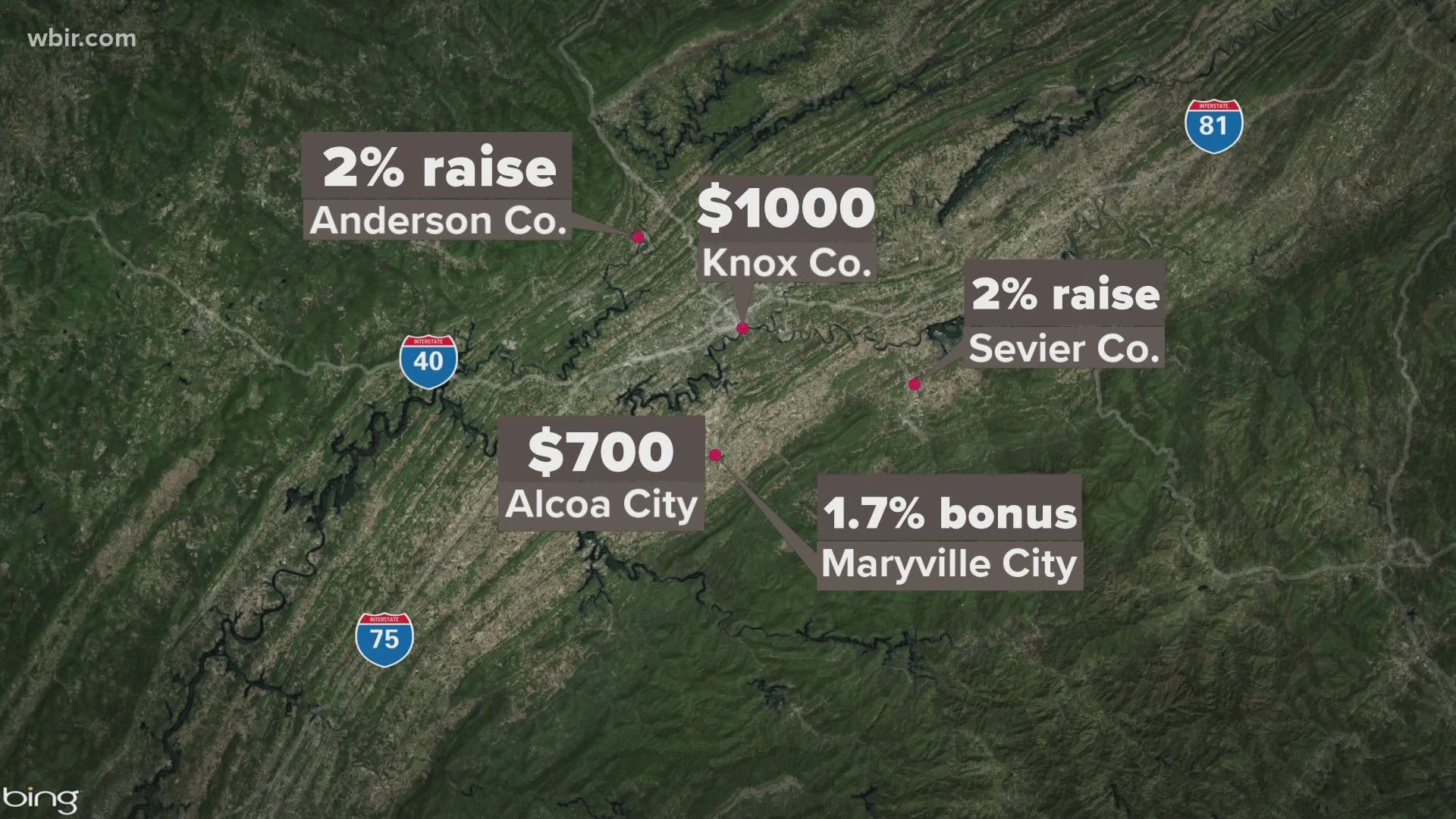 ALCOA, Tenn. — The four percent increase in teacher salary funding touted by Governor Bill Lee and passed by the legislature did not trickle down to all local educators, 10News found.

The money was distributed according to the state's education funding formula, which some districts said they supplemented with federal stimulus dollars to give bonuses to all employees.

In an address with a special session of the state legislature called to address pandemic education issues, Governor Bill Lee proposed a raise for teachers.

"We're proposing to increase the salary component of our funding formula by four percent," he said.

But 10News found, that's not what teachers received.

"It will never equal out to that percentage of raise they refer to because it's not really a raise," Alcoa City Director of Schools Rebecca Stone said. "And I could probably speak for every district in the state of Tennessee for that."

She explained that a four percent funding increase on the state level doesn't mean nearly that much for teachers in classrooms. Instead, she said, the money goes into the state BEP formula, which does not account for all teachers, nor salary variation from district to district.

In Alcoa City Schools, the additional money amounted to a one-time $700 bonus for full-time employees.

For Knox County Schools, the education association said it was a $1,000 bonus.

Across the region, not one school district 10News contacted gave employees a four percent raise. Instead, most got around two percent.