Nearly two years after getting a $2 million drug, a Minnesota girl who couldn’t walk is now running and playing chase with her brother. 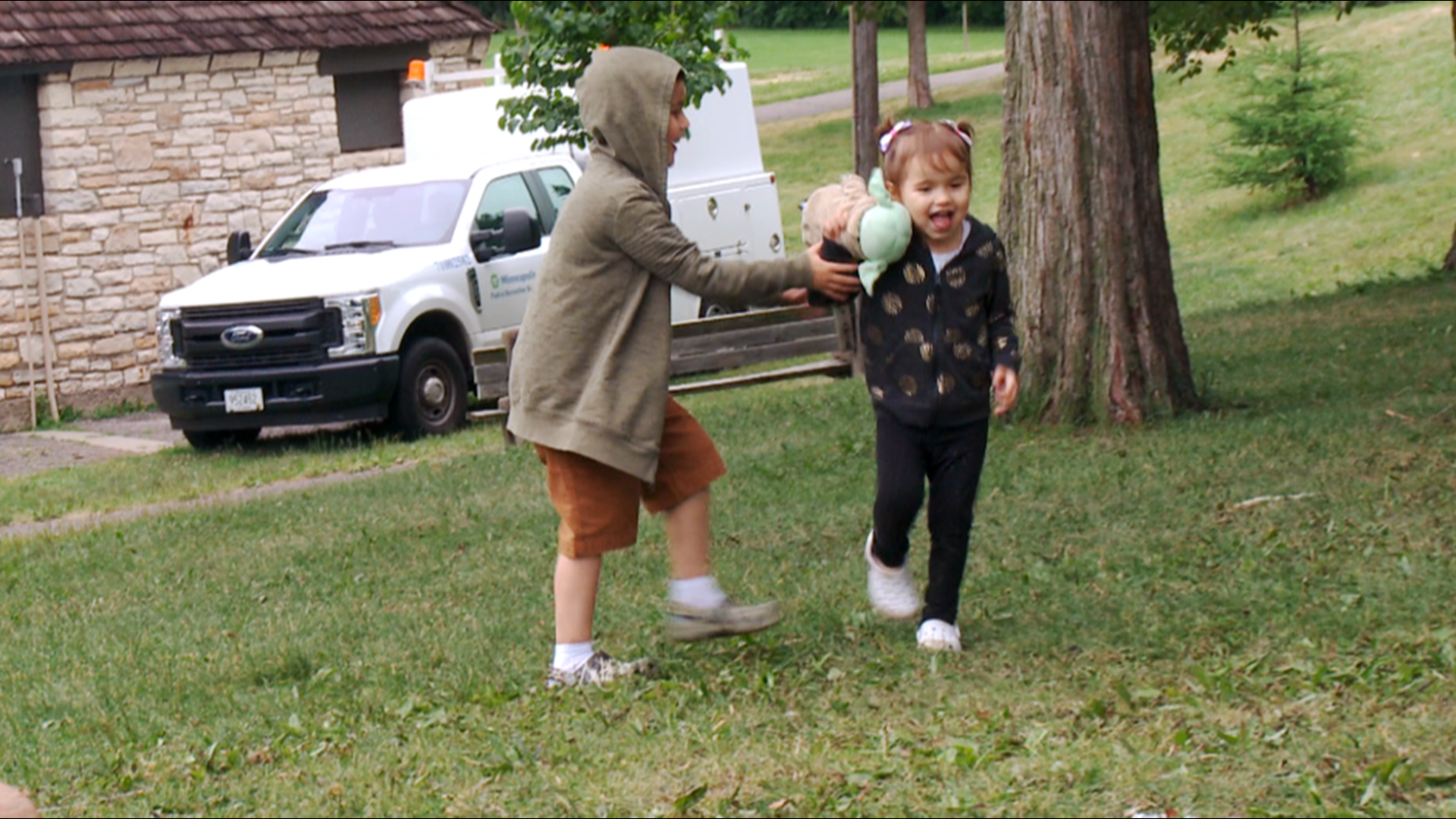 MINNEAPOLIS — For some kids, just sitting up or walking is an Olympic-sized feat.

Maddy Smith was one of those children, diagnosed at birth with a devastating, often deadly genetic disorder called Spinal Muscular Atrophy, or SMA. It often prevents children from walking, breathing on their own or even holding their heads up.

When KARE 11 first met Maddy in August 2019, she was just days from her second birthday. She could only scoot because she still didn’t have the strength to crawl or walk.

Today - nearly two years later - she is playing chase with her big brother. For Maddy’s mother, seeing her daughter run is a dream come true.

Maddy’s journey - and her family’s fight to give her a chance for a cure - hasn’t been easy.

When she was just two days old Maddy started receiving a drug called Spinraza. It helped keep her symptoms at bay, but the treatments required spinal injections three times per year and they would likely be needed for the rest of her life.

Credit: Angie Bruce
Maddy was diagnosed at birth with a serious generic disorder known as SMA.

Angie Bruce said her little girl would often fight the injections, forcing doctors to sedate her. Angie said it was hard on Maddy, both physically and mentally.

Even with the treatments, she still could not walk, crawl, or eat solid food.

But in May 2019, the U. S. Food and Drug Administration approved a new type of gene therapy drug called Zolgensma. While Spinraza treats symptoms, Zolgensma is a one-time therapy designed to treat the root cause of SMA by delivering a fully functional copy of the gene that is missing or malfunctioning in Maddy’s body.

The problem? With a price tag of $2.1 million, Zolgensma was being called the most expensive drug in the world.

At first, officials at Minnesota’s Department of Human Services (DHS) and the state’s Medical Assistance program refused to approve the drug. Maddy’s family appealed, desperately waging battle with the state to get it covered.

“I know it's expensive, but you know she's worth every penny and more. Every child is,” Maddy’s grandmother said.

They were also fighting a deadline. That’s because Zolgensma was only approved for children under the age of two, and Maddy’s second birthday was coming up in September of 2019.

KARE 11 investigated, and aired a report about Maddy’s case in late August. One week later, in a sudden about-face, DHS announced it would cover the drug with the sky-high price tag.

Maddy received the one-time infusion that September, just days before her birthday. Within months, her mother said she was getting stronger. The drug seemed to be working.

By February, 2020, Maddy was walking. “This is a miracle,” Maddy’s mother said at the time. “I’m ecstatic. I’m so happy and thankful.”

Now she’s running around the family’s new home in northern Minnesota. Maddy is doing things families of kids with SMA never would have dreamed of just a few years ago.

Credit: KARE 11
Maddy is able to run and play chase with her big brother thanks to the gene therapy drug.

“She was always a happy girl. Even before,” Angie told KARE 11’s Lauren Leamanczyk. “But now she’s able to move around and experience things.”

“Does Maddy still have symptoms of SMA?” KARE 11 asked.  “I don’t really think so,” Angie said.

Maddy doesn’t even need to go to physical therapy anymore.

Maddy was one of the first kids in Minnesota and the country to get the gene therapy after it was approved. Now, according to the drugmaker, nearly 1200 others around the world are seeing progress like Maddy.

And despite that sky-high price tag, in the long term the one-time gene therapy drug may actually save the state money. It could easily turn out to be less expensive than a lifetime of other medicines that treat symptoms, but don’t offer a cure.

Maddy’s mom wants people to know that, because she still hears from families fighting to get the gene therapy drug for their own kids.

“I think every kid with SMA deserves to have access,” Angie said as she thanked all of people who saw Maddy’s story and offered encouragement.

“My daughter is well-loved, I think. By a lot of people,” Angie says. “I tell them that she’s doing good. Because she is.”