Police and Sheriff's Office deputies responded to 810 OD calls in 2019, a 10News investigation shows. Many took place in places that might surprise you. 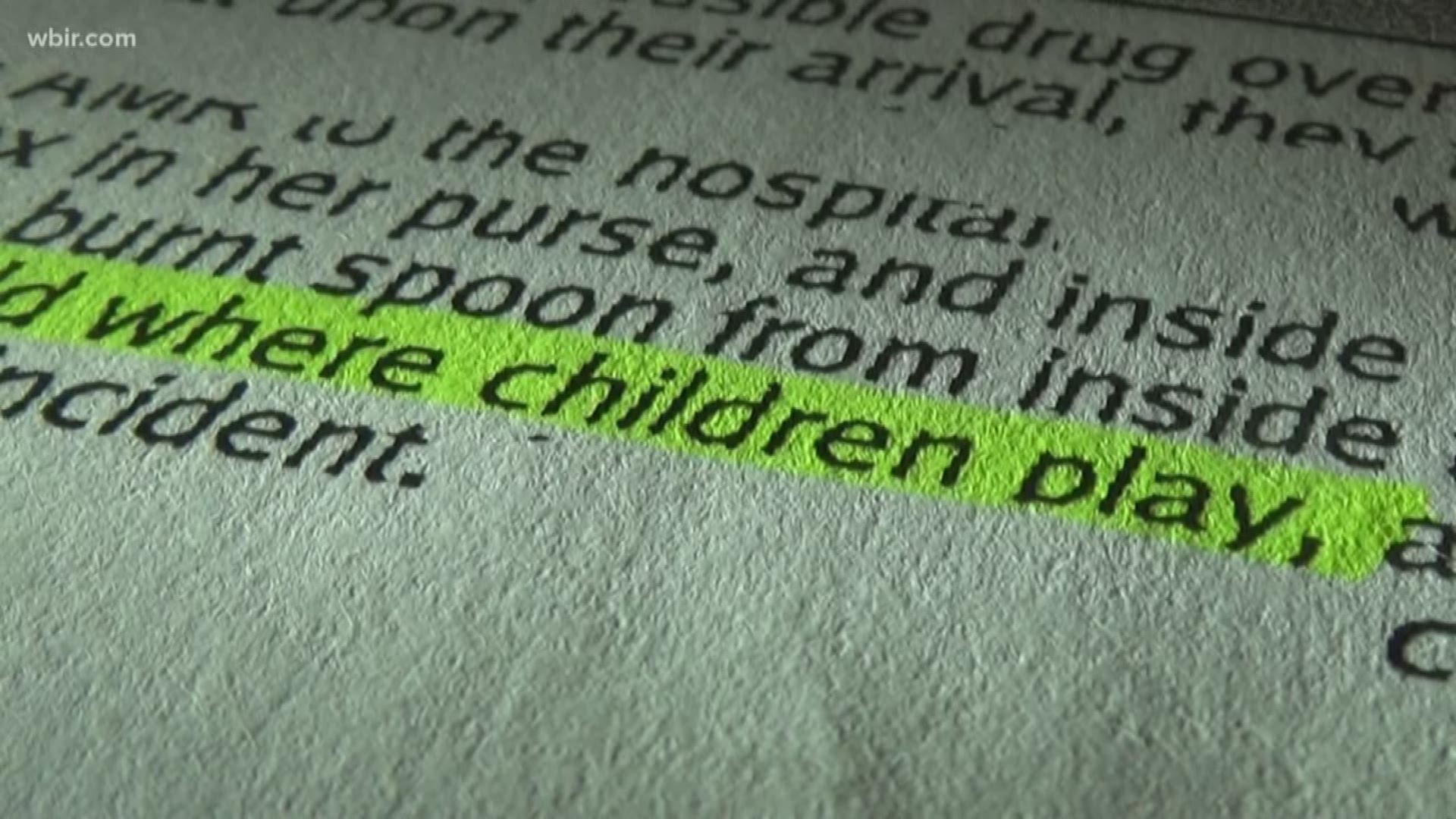 KNOXVILLE, Tennessee — It can happen anytime, anywhere. And as a 10News investigation shows, Knox County first responders are dealing with it every day, everywhere.

Knoxville police and the Knox County Sheriff's Office responded to 810 overdoses in 2019 alone, figures show. Some users could be revived; some died.

As Tennessee and the rest of the nation grapples with how to halt the public health scourge, one key hurdle is developing a strategy for addressing the pervasiveness of the problem. 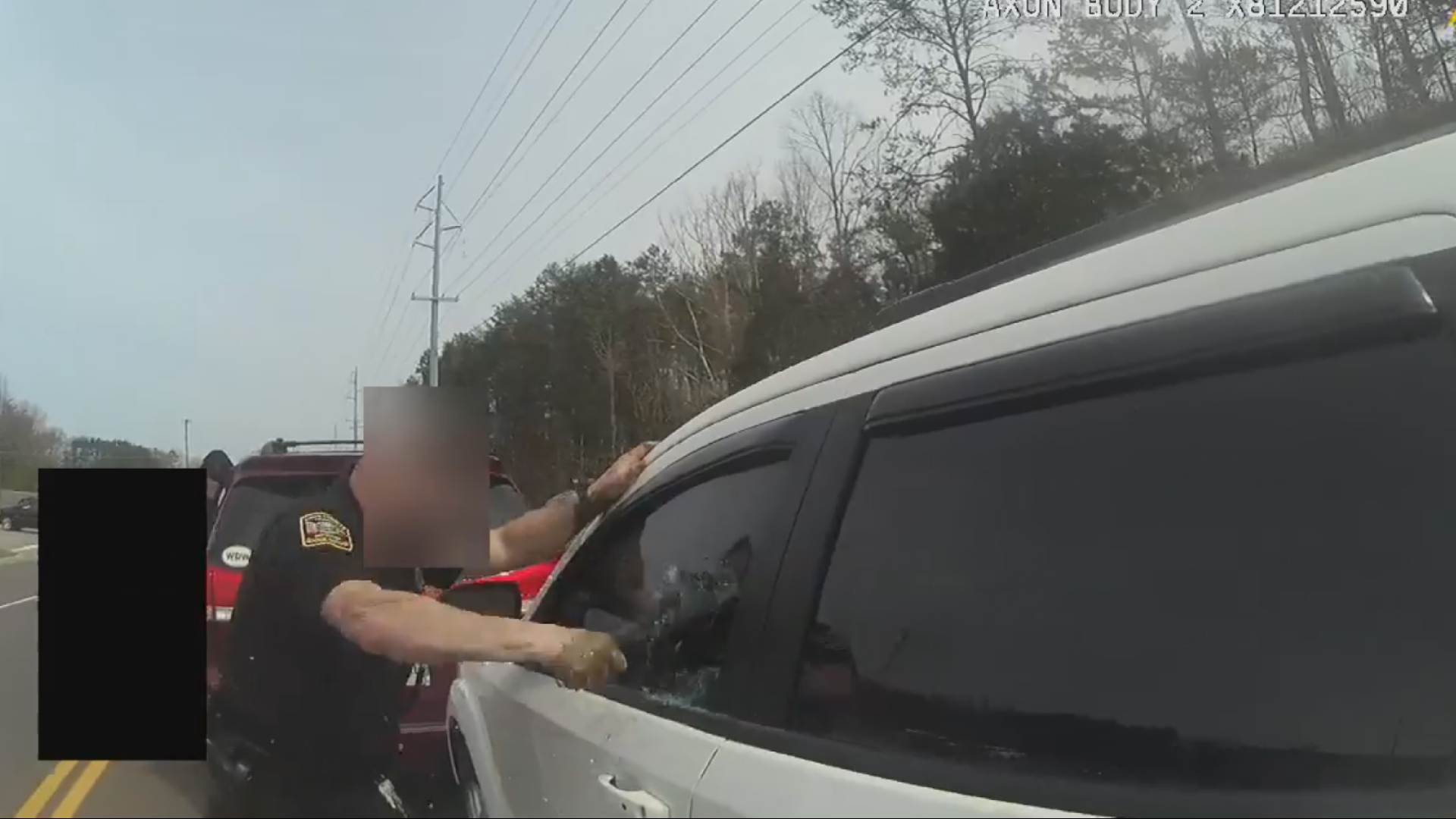 RELATED: Extensive coverage of the OD Epidemic & resources to help

Shoppers last May at a Hobby Lobby on Clinton Highway were startled to see deputies roll up to help an unconscious drug user, records show. Another OD call went out in October to a Wild Wing Cafe on Heiskell Road.

"Really, people have overdosed everywhere you can possibly think of in our community," said Allen, whose office is part of a team law enforcement effort to track and stop drug overdoses.

To Lt. Heather Reyda of the Knox County Sheriff's Office, "it's an absolute epidemic."

More than 1,000 people have died of a suspected overdose in Knox County since 2016.

In 2017, there were some 70,000 fatal US overdoses. This week the Centers for Disease Control and Prevention reported an estimated 67,367 fatal overdoses in 2018.

They show deputies responded to 46 calls with an unconscious person and 159 in which the person was marked as conscious.

A 30-year-old Knox County woman was among those unconscious ODs on April 4, 2019, in the school pick-up line outside Carter Elementary School on Strawberry Plains Pike.

She'd bumped into the vehicle in front of her, records show.

Credit: KCSO
A segment of Deputy John Ailor's report on April 4, 2019, about the OD in the parent pickup line outside Carter Elementary School.

Video obtained by 10News of the incident shows it was hard for them at first to see what they were dealing with. The vehicle's windows were all darkened on the sunny afternoon.

One deputy tried to speak to the woman through the window; she wouldn't reply.

He first told the driver in front that it was OK to pull forward. But he immediately realized the woman in the locked vehicle still had the vehicle in drive.

With the unconscious woman unable to help, officers decided to bust out the driver's side window and force their way in. A deputy reached in gently to help bring her out.

RELATED: As nationwide OD deaths fall, more work to do in E. Tennessee

Deputies noted she had a faint pulse.

First responders were able to revive the woman, and she was taken to an area hospital for treatment.

She told deputies she'd taken what turned out to be a Roxicodone tablet for pain she'd gotten from a friend, a report states. She said she thought it was oxycodone, according to records.

The woman was not charged with a crime, records show. KCSO spokeswoman Kimberly Glenn said she was checking why no charge was filed.

A rep from Knox Schools sent 10News this statement: "We appreciate our partnership with law enforcement and first responders who provide support to our schools in the event someone experiences a health crisis."

Reyda said what happened to the woman is more common than many people realize. It's another challenge with this epidemic, the KCSO lieutenant said: Someone takes a pill offered by a friend for a stomach ache or a headache without fully realizing what could happen.

From 2019, KCSO has 198 open investigations involving drug overdoses, according to the department.

Here's a heat map showing the location of drug ODs that KCSO handled over a six-month period in 2019.

A WBIR analysis shows most within the period happened in a residence.

But no place actually is free of ODs. One in four during that six-month period occurred in what are typically considered to be public, including places where people shop, eat and go to play.

Most are happening within the Interstate 640 loop, a large swath of land that includes parts of the near downtown, North Knoxville, the traditional old Knoxville and East Knoxville, DA Allen said.

But police, fire and ambulance crews are seeing them happening everywhere in the metro area, she said.

"There is no typical picture of oh, all overdose victims look alike," she said. "They don't all look alike. They cut across our entire community."

The age group with the largest percentage is people age 45 to 55, Allen said. That's followed by people age 35 to 45, she said.

Authorities also are seeing an uptick in younger ages, she said.

Users range from the homeless on the street to the store owner who takes too much in their very own business. They range from people with large families to people with no families.

"People look at the problem and they think, 'It's New York, it's LA. It's Detroit, it's Chicago,' " he said. "No, it's here. And we all have to work together to try to resolve this problem.

Said Glenn, the KCSO communications director: "We are living in a different world. There's no question about it."