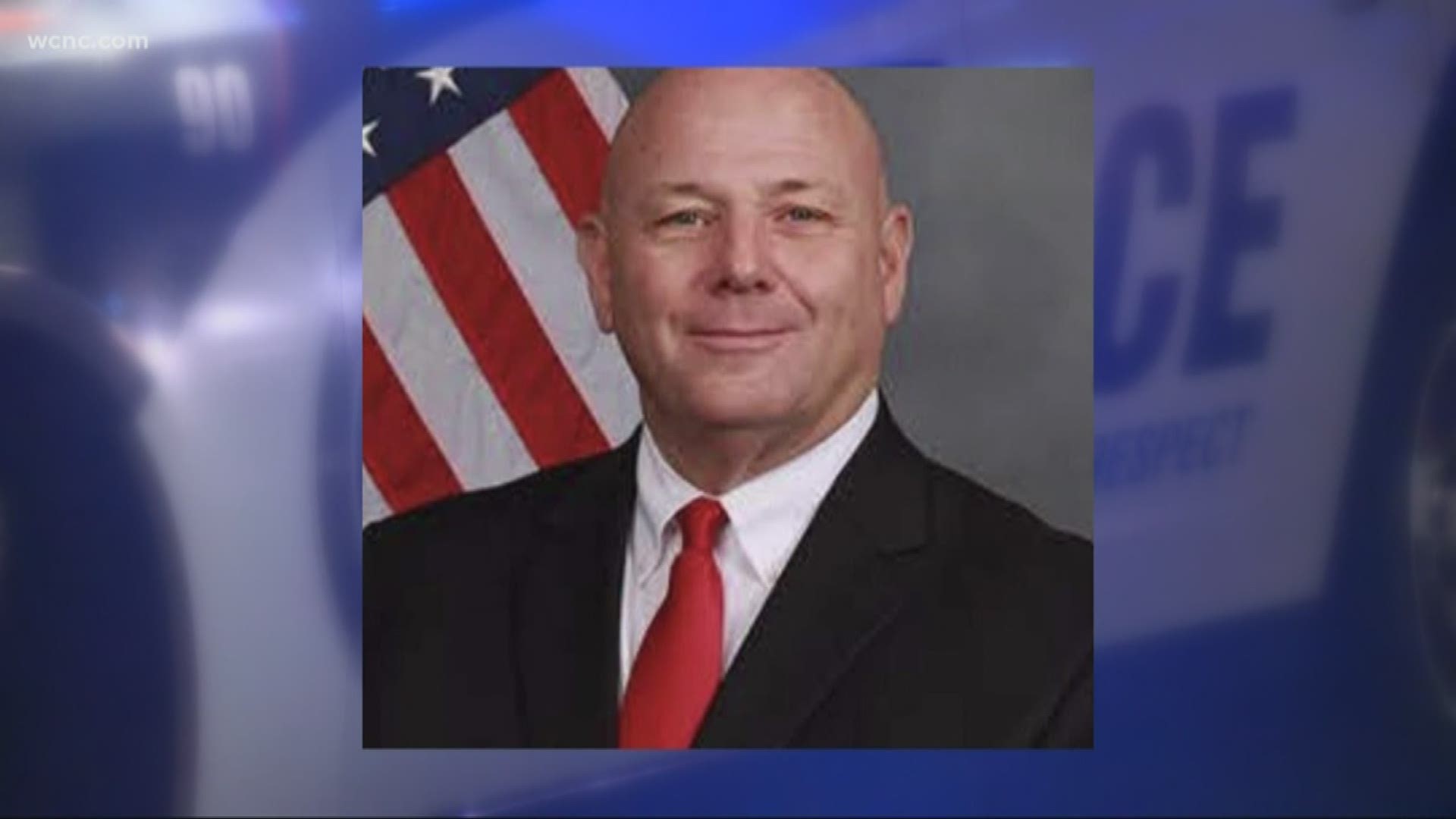 Captain David Call has been given a notice of dismissal, WCNC has confirmed.

Call, who sources said called for further investigation into the shooting death of Officer Sheldon, is the second ranking member of the department to leave this month.

The result of the internal investigation into Williams was never officially disclosed but WCNC NBC Charlotte has learned it involved officers complaints about safety and a hostile work environment.

Those officers who previously testified about safety included Officer Jordan Sheldon, who was killed during a traffic stop in May.

"When somebody starts sentences with at family dinner with, 'If I die in the line of duty,' that seemed wildly out of character for him and that was alarming to us," said Sheldon's brother, Carson Ledford.

Sources said Call suggested to command staff the department conduct a minute by minute investigation into the night Sheldon was killed, which, according to a WCNC source, "was met with a lot of opposition."

A police insider said complaints to the chief were often met with the same response.

"Stay in your lane; we will worry about it," an anonymous officer said.

According to multiple sources, Call decided to bypass the police chief and took his concerns directly to Mooresville's elected officials, which is a violation of town policy.

"We were all afraid from the get-go for the majority of the agency was either cynical or afraid one of the two that whatever we said was going to be used against us," an anonymous officer said.

The department has been under scrutiny since February when claims of a hostile work environment sparked an investigation.

Police sources said Call made one of those claims. Another officer also filed another complaint.

Sheldon's family is upset Williams was allowed to resign and Call could be fired.

In a statement, they said, in part, "David Call is a good man. He was one of few people at the department who seemed genuinely upset at Jordan's murder and more so that he wanted to help fix the problems that exacerbated the circumstances under which Jordan died."

"We would like an investigation into what happened within the department that night, what could be changed, what could they learn from this incident," said Sheldon's sister, Lauren Sheldon.

"I just don't want there to be another incident before everything comes out," an anonymous officer said.

"We are very disappointed that someone with the town leaked the information that he was recommended for termination. Because there is a grievance process, it's supposedly not final. It’s pretty clear they had their mind made up, and he was targeted and this is just further evidence of it. They have a lot of explaining to do."

Interim Chief Ron Campurciani has been in Mooresville since June. Originally from Massachusetts, he agreed to a 6-month contract that will end in mid-December.

Many are wondering what will happen when he leaves and who will fill the role.

The Sheldon's family provided the following statement about Call's dismissal:

"What we find most egregious in the whole situation is that Damon Williams was allowed to resign, and David Call is facing the outcome of potentially being fired. David Call is a good man. He was one of few people at the department who seemed genuinely upset at Jordan’s murder and more so, that he wanted to help fix the problems that exacerbated the circumstances under which Jordan died. He called for an investigation of the night Jordan was killed. It is standard practice for Law Enforcement agencies to conduct an internal review when there is an officer-involved shooting. David asked for it. We have asked for it repeatedly. Mooresville is refusing. US ISS agency is conducting an officer-involved shooting review for Pineville Police Department. Given that Mooresville has not had a fatal officer-involved shooting in 40+ years, it would seem prudent to have an outside agency conduct this investigation, as only they have the skillset to do it properly. Over the summer before he was put on leave, David approached the command staff about doing such an investigation. He was met with extremely negative responses and was reprimanded for even bringing it up. Why would a department in such turmoil refuse to review the events of the night Jordan was killed? Even more troubling is that David, perhaps the only person who demanded this investigation internally, is now at risk of being fired.

"While there may have been policies that David violated on paper, he was trying to do the right thing. In an environment where the chain of command was led by a corrupt chief who terrorized the employees he didn’t like, how could David follow the chain of command and expect a real response? We have asked the town repeatedly to create an anonymous reporting platform for officers to push concerns to a central area that is reviewed by the police chief, town manager, and elected officials so that nothing else falls through the cracks. Campurciani is set to leave in December. If another chief comes in and decides to run the department poorly, what will prevent another murder from happening if officers feel unsafe and the chain of command fails them too?"

A statement from an anonymous officer:

"It was disappointing to hear of the termination of Captain Call. He served as a dedicated law enforcement officer in several capacities, including as a Special Agent in Charge with the SBI, throughout his nearly 40 year career. He was one of the most genuine people within the Mooresville Police Department, who simply wanted to see the right thing done.

"Without his decision to come forward with the hostile work environment complaint, none of these issues within this police department would have ever come to light publicly.

"Immediately following the tragic loss of Officer Sheldon, Captain Call’s leadership and empathy showed the type of person he was. Especially when the command staff seemed to be incapable of making a decision, or just simply doing the right thing.

"The lack of leadership by command staff among the Mooresville Police Department was not just a newspaper article after Officer Sheldon’s death. It was suddenly on display for the public and neighboring departments to witness.

"I was never more embarrassed than having to identify as a Mooresville Police Officer during this time, knowing the command staff was suddenly recognized by other agencies as unprepared and lacking empathy.

"Captain Call’s experience and compassion for this job is a huge loss for the agency and those who could have gained knowledge from him."