A control room operator was fired after calling 911 to report the Nov. 11 assault, she said. 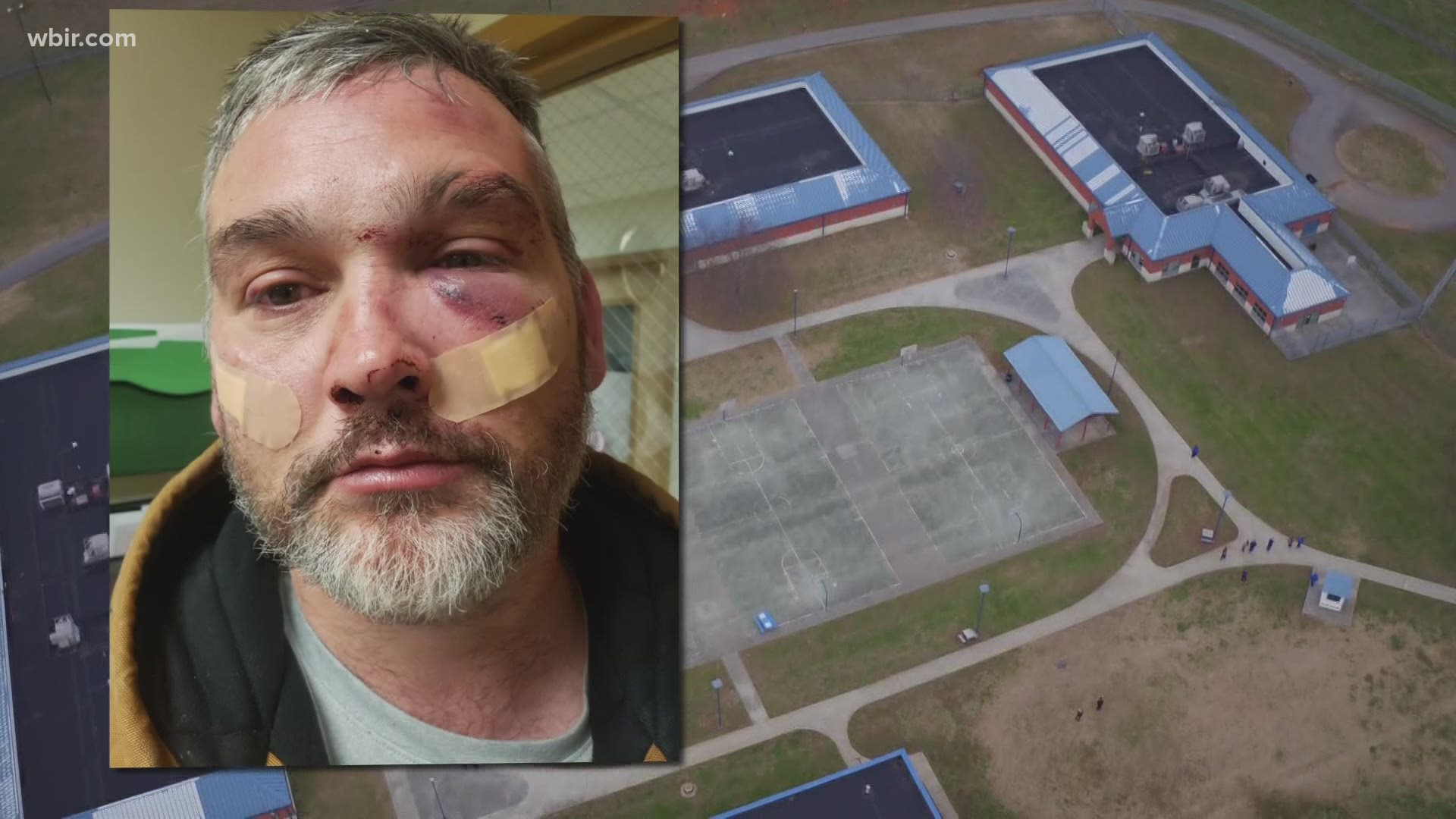 DANDRIDGE, Tenn. — A prison supervisor and a responding Jefferson County deputy required hospital care after a Nov. 21 assault at the historically-troubled Mountain View Academy for Young Men in Dandridge, a police report shows.

Deputy Brandon Bullins suffered deep cuts to his elbow, a scratched eyeball and "several pumpknots" after trying to use a stun gun on prisoner at the state-owned facility for youth offenders, the report said.

A Dandridge Police officer said he had to use chemical spray to subdue the youth after prison supervisor David Bezar said the young men began punching, choking and slamming him to the ground.

"I thought I was going to die that night," Bezar said. "I had to defend back and started swinging back."

Bezar suffered bruising, a busted lip and a black for which he was treated at Jefferson Memorial Hospital, he said.

Wayne's Halfway House, the Middle Tennessee-based company which took over operations at Mountain View in February, fired Bezar and another worker who called 911 to report the assault, Heather Boyd.

"These actions were taken after a thorough investigation and a continued commitment to high standards for security, safety and quality care for the individuals within our care," a company spokesperson said.

The company said both Bezar and Boyd violated policies. For hitting the prisoners during the fight, Bezar was fired for using excessive force, his termination documents said. Boyd failed to follow established protocols and ask for permission to call 911, she said.

"My experience told me that situation was not going to get better and I didn’t have time to turnaround and make three phone calls before needing to call the cops," Boyd said.

The assault is just the latest incident for the perennially-troubled youth prison.

In February, the state Department of Children's Services cut ties with the previous operator and handed the contract to Wayne's Halfway House.

In March, two dangerous prisoners scaled a fence, escaped and were on the loose for hours. It was the first escape in years from the facility, which holds young men convicted of crimes from truancy to rape and murder.

Since August, police records indicate Dandridge Police only responded to the facility twice—once for the November assault and once in late October after another escape.

This time, a prisoner who threw a concrete rock through a window was captured in a neighbor's yard, a police report said.

Complicating efforts to get maintain control of the dozens of youth housed in the facility: COVID-19. A spokesperson for the company that runs Mountain View confirmed a "small number" of detainees have tested positive.