In May, sheriff's deputies found a young boy's body buried in the backyard of Michael Anthony Gray Jr.'s home in Halls. 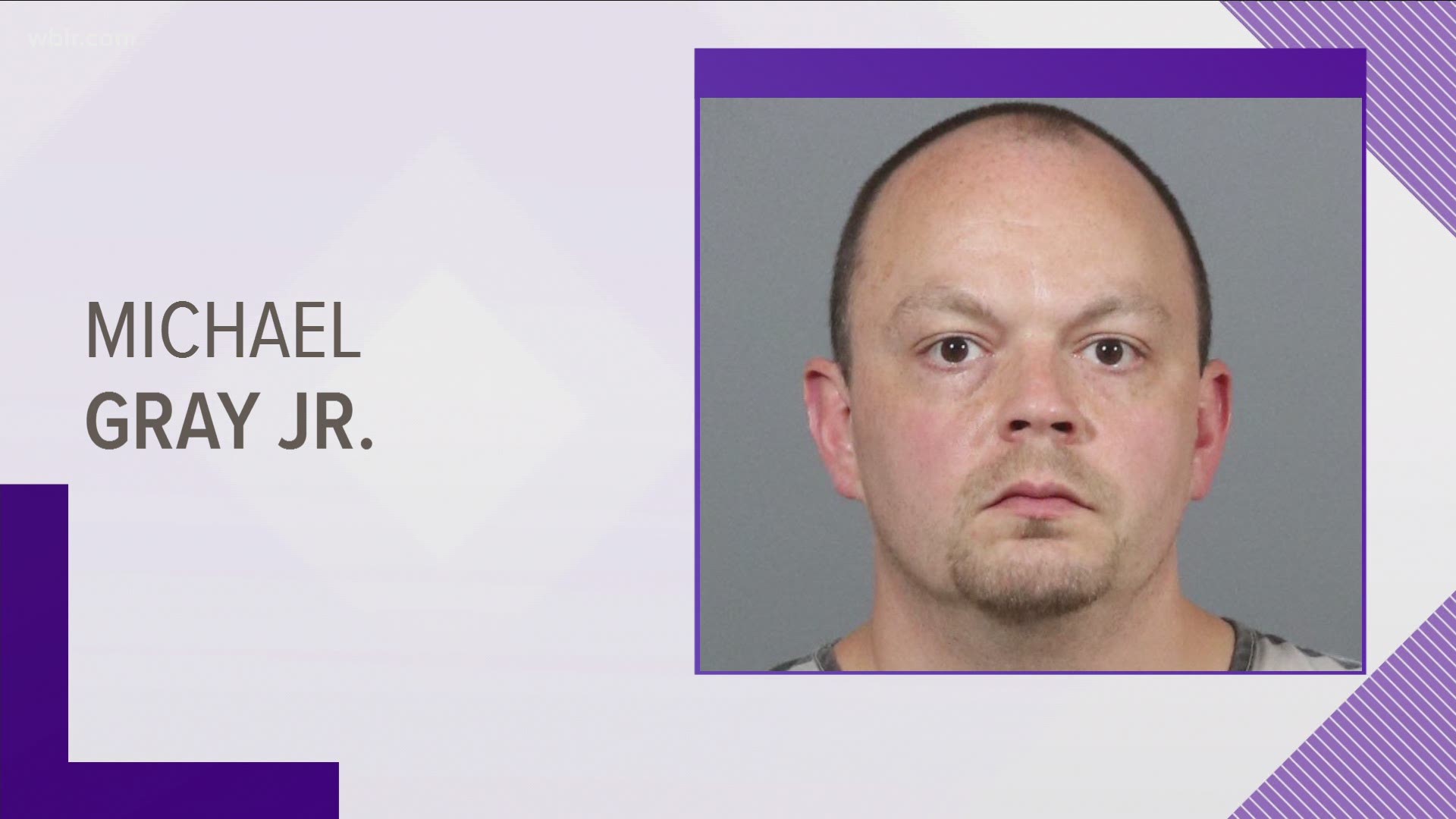 KNOXVILLE, Tennessee — The adult son of a Roane County couple accused of abusing their adoptive children and killing at least one now faces charges himself.

The documents also identify two other victims by their initials. They, too, were adoptive children of Gray's parents, Michael Anthony Gray Sr. and Shirley Gray.

While the indictments list other defendants in the case, their names have been blacked out in the indictments obtained by 10News. That indicates they've not yet been informed of the charges.

Gray's parents likely will face the same 20-count indictment in Knox County. They're already charged with a slew of crimes in Roane County on related offenses, and they're being held in Roane County custody.

Knox County authorities recovered the remains of Jonathan Gray at a Cedarbreeze Road home once owned by the elder Grays. Gray Jr. later lived there. The house since has changed hands.

Jonathan was the adoptive son of Gray's parents, Michael and Shirley Gray. He's believed to have died while in the Grays' care at the home in 2015 or 2016.

For a time, records show, the elder Grays and their children shared the Cedarbreeze home with Michael Gray Jr.

In 2016, the elder Grays moved to Roane County with their adoptive children. In 2017, another of those children died while in their care and was buried on their property in the Ten Mile community.

They're accused of abusing several adoptive children over a period of years at their Ten Mile home, along with the murder of a girl whose remains were found on the property.

Evidence recovered during the investigation in May shows the adoptive children were subjected to abuse while they lived at the Cedarbreeeze home, according to records. Evidence suggests Anthony Gray, also known as "Bubba", knew it was going on.

One of the Gray children, a 15-year-old boy, told Knox County authorities in May that he'd been kept in a small room and in a cage in the lower level of the Halls home. He told them the other children also had been abused and confined at the Halls home.

At some point, he said, Jonathan became sick and disappeared from the house, never to be seen again, the warrant return states. He said his parents told him Jonathan had gone away to live with another family.

The Knox County indictments indicate someone connected to the case also is accused of financial crimes. Michael Gray Sr. and Shirley Gray have been charged with such crimes in Roane County.

The Knox County indictments state someone -- their name has been blacked out -- fraudulently profited from adoption insurance and medical benefits.