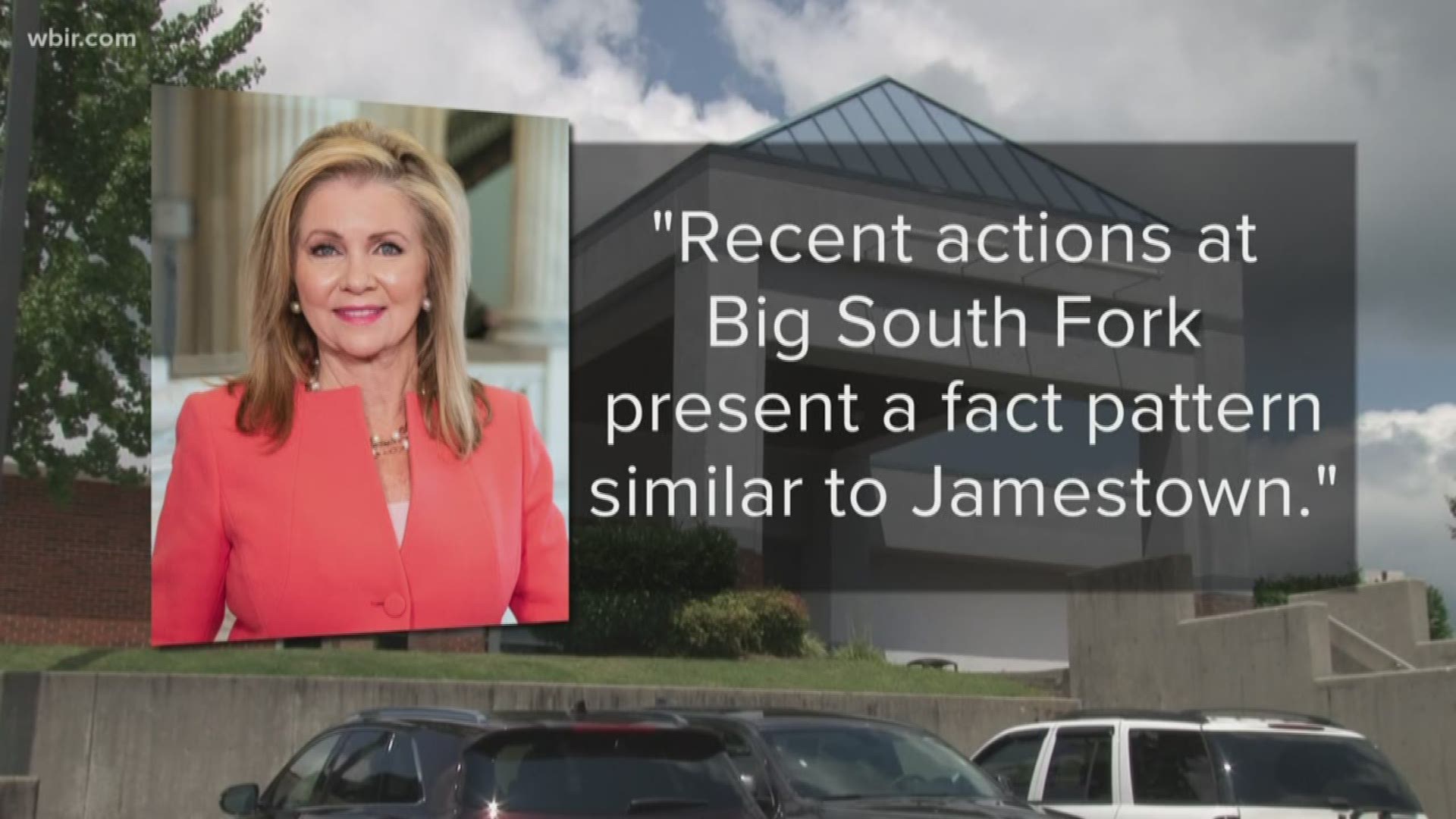 A separate notice from the Tennessee Department of Labor and Workforce Development said the hospital had not paid certain unemployment taxes, interest and penalties. The notice, dated October 2018, did not include the amount of the lien.

"[Staff] should feel secure in reasonably expecting money from the taxes and deductions withheld from their paychecks is properly remitted to the appropriate federal agencies," Blackburn said in a letter to the CEO of Rennova, the financially troubled company which owns the hospital.

Blackburn draws a comparison between these financial issues and similar problems Rennova's Jamestown Regional Medical Center faced before it closed.

Employees in Jamestown told 10News in June that taxes taken out of their paychecks never got to the IRS. Instead of getting a tax refund, some employees got a letter from the federal government saying there's a problem.

"They have taken money from me and done something with it. Where it went I don't know," Chris Harvey, an ER nurse in Jamestown, said at the time.

Blackburn forwarded the lien information and her letter to the Tennessee Attorney General, the office of the inspectors general of the federal departments of Health and Human Services and Treasury.

Rennova did not respond to multiple requests for comment.