Eighty-seven people have tested positive for COVID-19 at the Life Care Center of Athens and two residents have died. 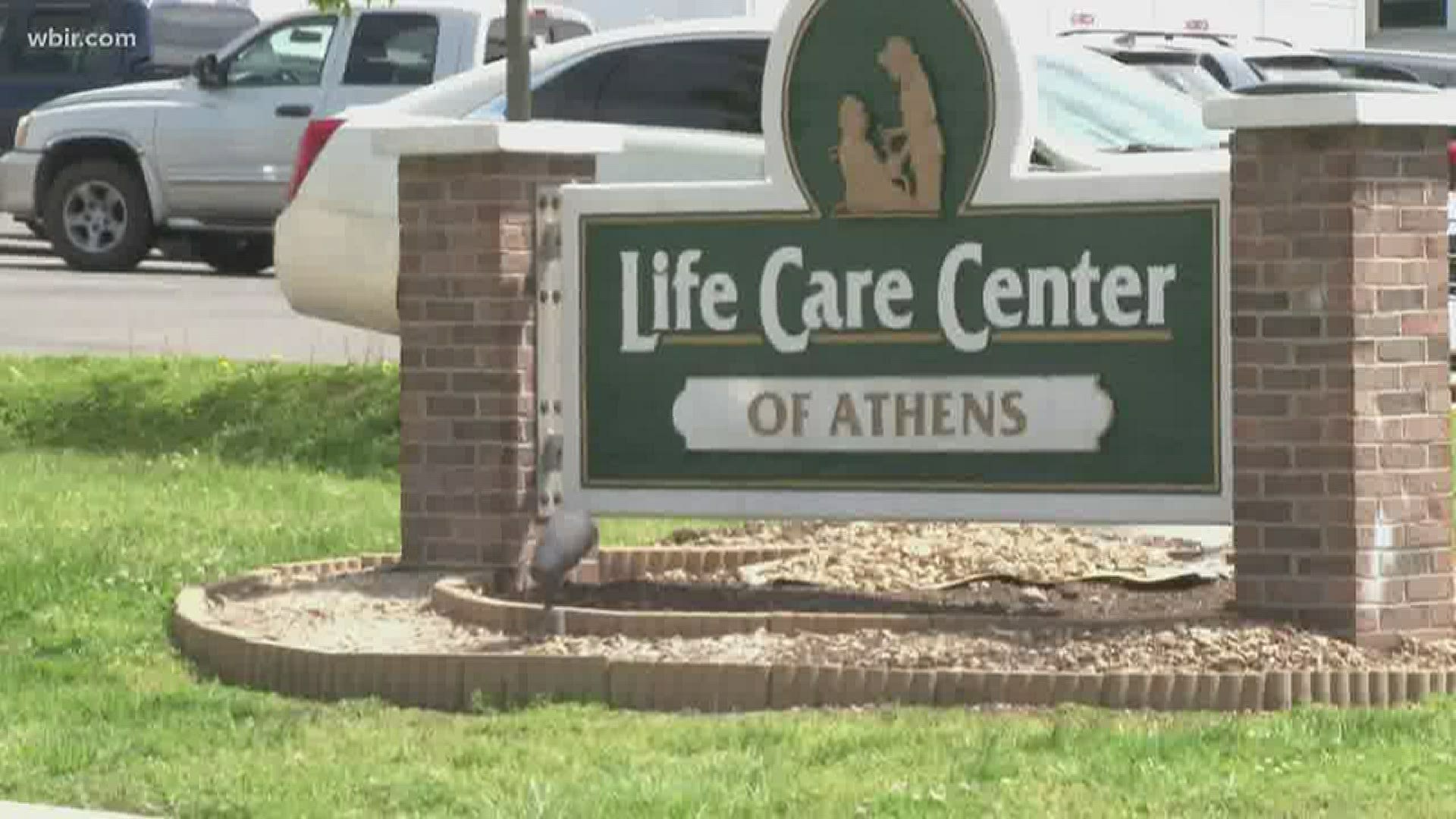 Staff at an Athens nursing home where 87 people have been infected with coronavirus knew of possible exposure more than a week before all employees at the facility were tested for the virus, 911 call records show.

Two residents have died and two others are hospitalized after testing positive, the Life Care Center of Athens said in a release Wednesday. A spokesperson said 58 patients and 29 staff members tested positive for COVID-19.

On April 18, an employee at the nursing home called 911 for a resident who had respiratory issues, a 99.8 degree fever and was acting confused. The staff member asked the dispatcher to warn responding ambulance crews the virus may be in the facility.

"If you will let them know there has been a possible exposure to the COVID-19," she said on the call.

Four days later, on April 22, staff made two more 911 calls for patients with coronavirus symptoms. One had a fever of 102 degrees, the other "over 100" degrees. Both residents had trouble breathing and ambulance crews brought both to the hospital.

Staff told the dispatcher one of the April 22 patients "needs a COVID test," four days after staff told dispatchers of potential exposure within the facility.

A facility spokesperson said it did not receive test results for all coronavirus patients until April 27. The health department did not finish testing all employees at the facility until that same day, so far 29 staff results have come back positive.

In a statement Wednesday, the facility director said it followed the latest state and federal guidelines and the safety of its residents and staff are its top priority.

A nursing home spokesperson did not immediately respond Thursday to a request for details on when testing began at the facility.

Over and over again on the five 911 calls from the Life Care Center in recent days, staff tell operators sick residents are having difficulty breathing, one of the common serious symptoms of coronavirus.

In several calls, workers tell dispatchers of existing respiratory issues seniors at the nursing facility face. In some cases, staff have exact oxygen levels for patients and note that supplemental oxygen "is not helping."

Existing respiratory issues and old age are both high risk factors for coronavirus, underscoring the seriousness of a nursing home outbreak.

Thursday, Tennessee Governor Bill Lee said he wants complete testing of residents in each of the 700-plus nursing homes in the state. It was not immediately clear when that testing would begin or how long it would take.

Her family wanted to say goodbye.

Blankenship had a low-grade fever on Thursday, April 23, and was put in isolation as a precaution. Her test results came back Saturday and at 1 a.m. Monday morning, she was taken to the hospital where she died shortly after midnight Wednesday.

"Our heartfelt condolences go out to the family and friends of the residents who have passed away as the result of COVID-19. Our facility is a family, and we’re all working together to take care of our residents and each other," the facility executive director said in a statement.

Blankenship's daughter Crystal McCullough said her mother "was an amazing woman. She was loved and touched every person she met."

"Our primary concern is for the health and safety of our residents, nursing staff and other care providers. They are on the front line of this unprecedented outbreak. Our staff is trained in proper use of PPEs and are following all relevant guidelines in infection control. They are putting in heroic efforts to ensure that our patients are receiving the best care."