Fire broke out about 1 p.m. Wednesday at Fort Loudon Recycling and Waste in North Knoxville. 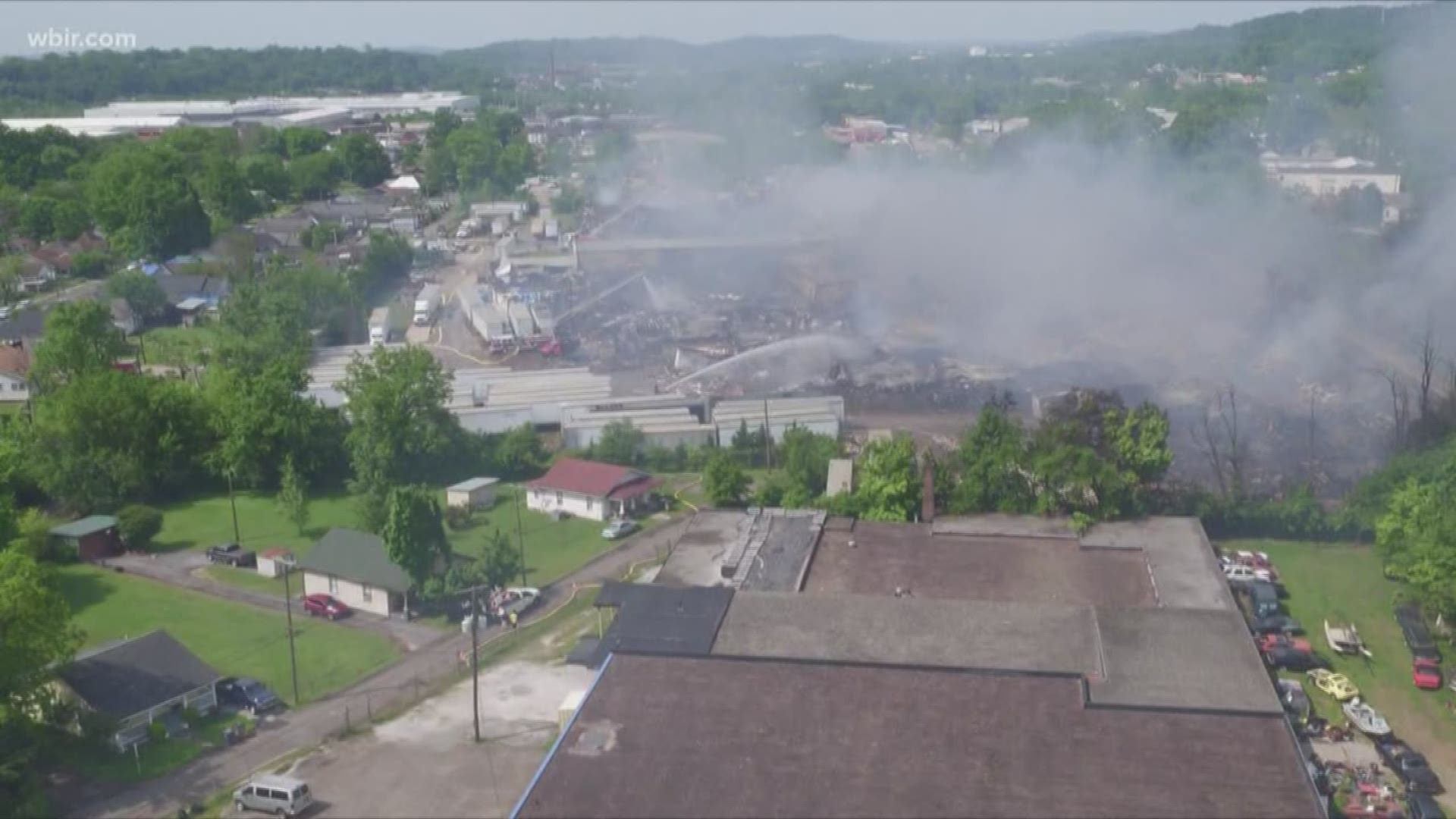 Efforts to reach co-owner Jason W. Bales on Thursday were unsuccessful. On Wednesday, he told 10News he was in shock over the giant fire. He said the business was insured.

The blaze broke out about 1 p.m. Wednesday at the sprawling sight and continued into Thursday. Dozens of nearby homeowners were evacuated due to noxious smoke.

A huge plume billowed over North Knoxville for hours and could be seen from miles away.

Bales told 10News on Wednesday he and his brother, Edward P. Bales Jr., own the business.

The site, previously occupied by the Silver Furniture Co., in the middle of a working-class neighborhood, has an appraised value of $1.759 million and an assessed value of $703,000.

Fort Loudon Waste and Recycling acquired the property at public auction in June 2011, according to documents. At the time it showed a business address in Loudon.

In addition to owing money on city and county taxes, the firm's owners fell behind paying federal taxes, including quarterly reports as a small business, records show.

In December 2017, the IRS filed a federal lien against the property that totals $26,083. It remains active.

The property was refinanced in 2016 through American Trust Bank of East Tennessee, documents show.

As 10News reported Wednesday, state authorities also have a standing fine against the site as the result of a 2018 inspection. TOSHA assessed a fine totaling $5,700.

Businesses typically negotiate a payment resolution to a TOSHA fine and the case is closed. State records show Fort Loudon's fine remains unpaid and has been turned over for debt collection.

A separate 2018 TOSHA inspection of Fort Loudon Waste and Recycling remains open, according to documents. A $15,000 fine was assessed after that review.

City officials also tell 10News the city received complaints that it investigated about trash on the property and overgrown grass. There were three calls to 311 about the business including two complaints about the lot and one for abandoned car junk.

The complaints turned over to codes enforcement were for an overgrown lot, debris, trash and bulky waste in April 2016. In October 2016, records show a complaint about large rats reportedly coming into a home and in October 2018, there was a complaint for a truck with flat tires and no tags. Codes inspectors only found a violation for the vehicle, tagged the truck and a trailer on site.

The codes inspector said the only thing that would contribute to rats was a stack of material that was banded together, there was no loose garbage, so there was no violation.

In February 2015, KFD said there was an electrical panel fire there and the company stated an electrical box exploded while someone was changing a fuse.

The fire department checked the building, EMS was called to check the worker changing the fuse and KFD notified inspections of possible storage violations, according to city records.