Tennessee is the 10th worst in the nation for robocalls

The BBB recommends people use their voicemail as a "gatekeeper" and send phone numbers they don't recognize to their mailbox. 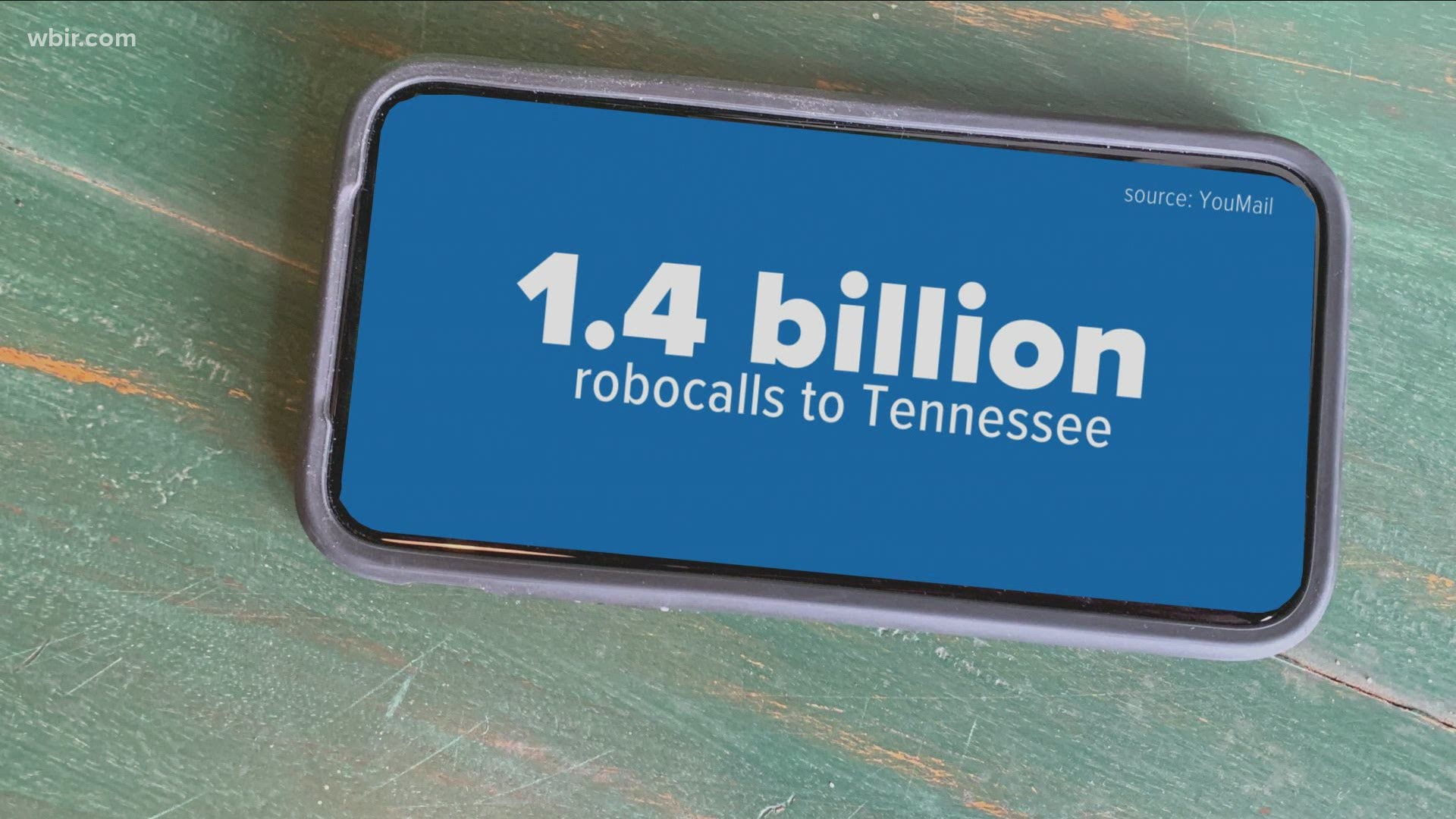 TENNESSEE, USA — If you feel a flicker of annoyance when the phone rings, you're not alone in that Pavlovian response.

Data suggests half of all mobile phone calls are robocalls.

It's worse in Tennessee than most other places. In 2020, robocallers dialed numbers in the state 1.4 billion times—making it the 10th worst for robocalls nationwide, YouMail reports.

The phones are ringing in Knoxville too. In 2020, there were more than 155 million robocalls, YouMail said. That's the equivalent to 179 callers per person in the metro area.

The data suggests most are scams (35 percent), another 28 percent are alerts/reminders, 26 percent are telemarketing and the remainder are made up of payment reminders.

"Robocalls are a huge problem and they’ve gotten worse in the past year or so with the pandemic," Knoxville area Better Business Bureau President Tony Binkley said. "Really all they’re looking for is one thing. They’re looking for your money and they’re trying to figure out a path to get to it."

Binkley recommends people use their voicemail as a "gatekeeper" and send phone numbers they don't recognize to their mailbox. Once you engage, he said, the spammers know the number works.

Don't fall for any scams either.

"Nobody’s going to be calling you out of the clear blue to forgive your debt. No body to give you a grant that you didn’t apply for. Nobody is going to call you to give you money that you won in a sweepstakes when you didn’t enter the contest so just be aware of those kinds of things. And if it sounds too good to be true, then it probably is," Binkley said.

It's not easy to stop the calls from ringing your phone in the first place, but here is some advice from experts.