Knox County Schools reports the district has found 51 weapons on or around school campuses so far this year. 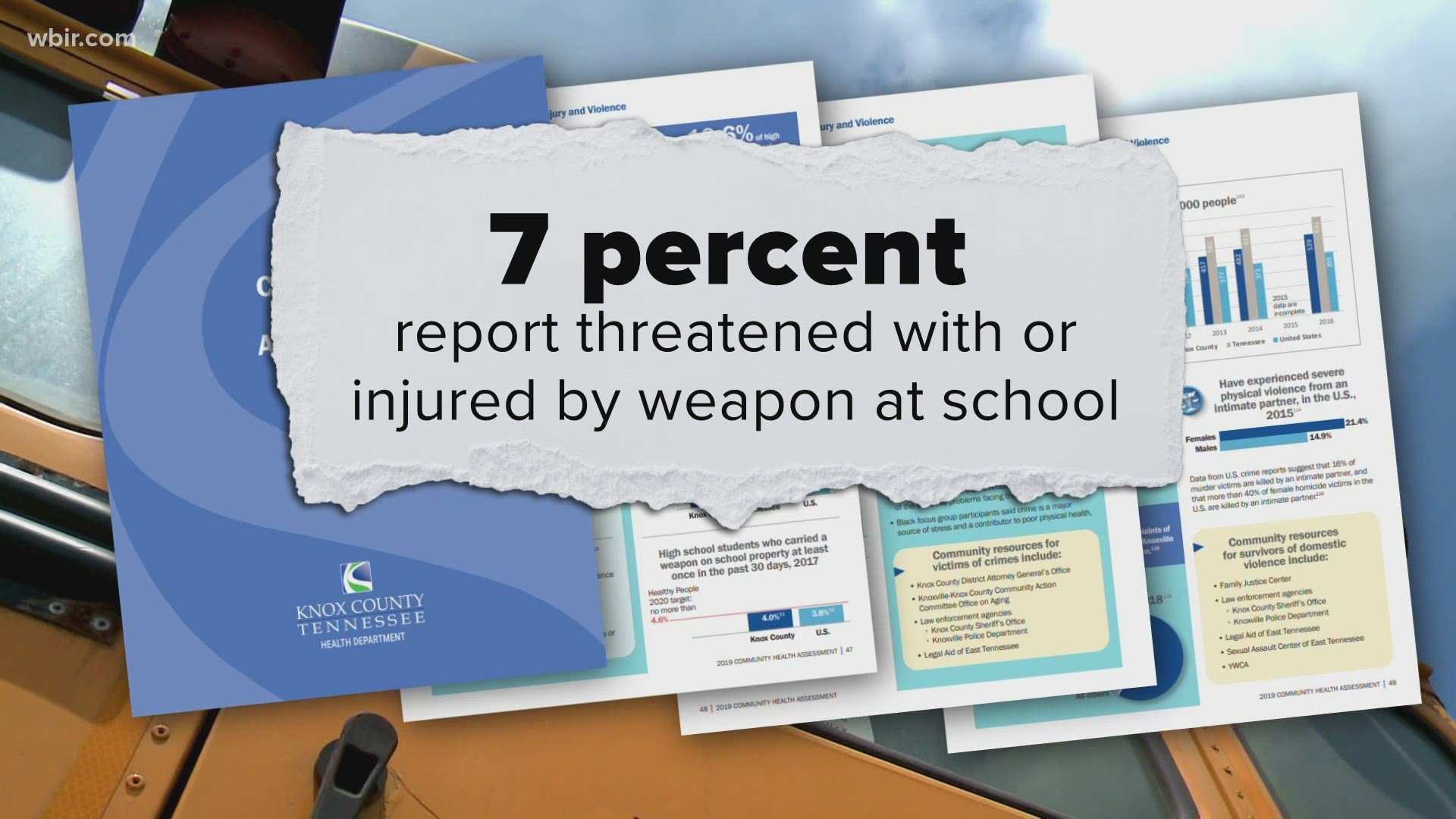 The survey data suggests more weapons are in schools than the 51 weapons the district reports finding so far this year.

10News reviewed the publicly available survey results after Knoxville Police shot and killed a 17-year-old Austin-East Magnet High School junior the district attorney said was in a school restroom armed with a Glock pistol that went off after police confronted him. Police also found a second fully loaded magazine inside a small bag he had been carrying.

Since the April 12 shooting of Anthony Thompson Jr., the school district said it added extra security precautions at Austin-East, including searching all arriving students with metal detector wands and alarming exterior doors.

"My belief is there are a lot of young kids in that community that are carrying weapons around," Knox Co. District Attorney General Charme Allen said during a press conference Wednesday where she released body camera video from the shooting.

"I think there are way too many guns out there," she said.

But the KCHD survey results indicate the issue of weapons on school property stretches beyond Austin-East.

Four percent of high schoolers surveyed in 2013 admitted carrying weapons to school in the prior month, according to a health department spokesperson, who added that result fell below the national average of 5.2 percent that year.

The weapons include guns, knives and clubs, though students may have interpreted the term differently while taking the survey.

In 2017, 7% of Knox Co. high schoolers surveyed reported they had been threatened or injured by a weapon on school property.

One in 13 surveyed reported they had skipped school because they felt unsafe there or on their way home.

A school district spokeswoman said the district has a policy against weapons and can conduct random searches.

She said the 2017 survey results are based on a random sample of roughly one thousand students out of 64,000 in the district. The health department spokesperson stood by the reliability of the data.

"As long as those guns are out there, we’re going to continue to see exactly what we’re seeing. I think it’s scary," Allen said at her Wednesday press conference.

"I’m willing to work tirelessly to do whatever we can because we cannot keep losing our youth to gun violence we just can’t it’s wrong and we’ve got to step up and do something."