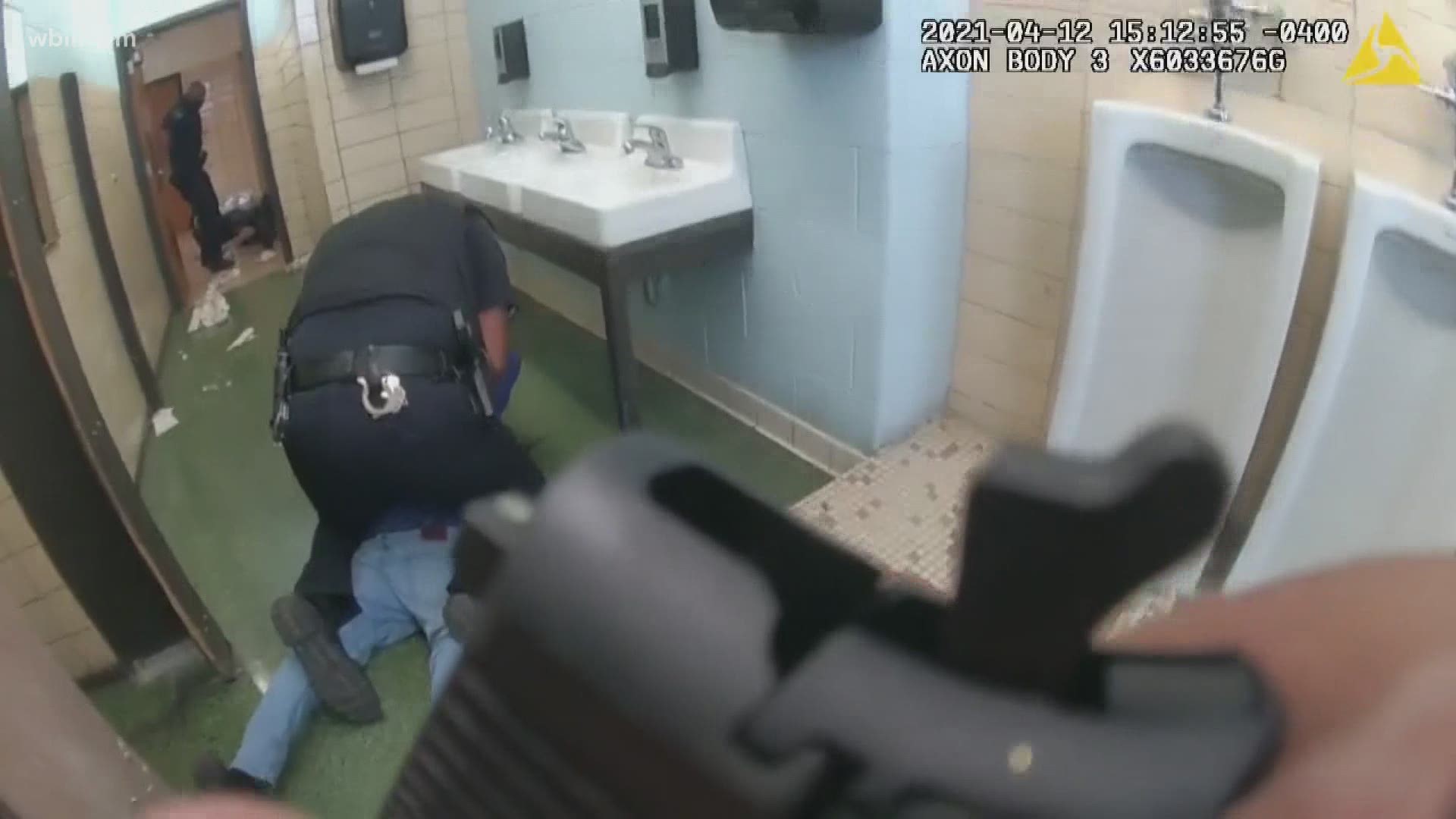 KNOXVILLE, Tenn. — The released body camera footage from the shooting inside Austin-East revealed answers to frequently asked questions from the incident.

The two-hour press conference from District Attorney General Charme Allen on Wednesday gave a visual of what happened inside the school walls on April 12.

One of the big questions was whether or not police knew 17-year-old Anthony Thompson Jr. was armed at school. Allen said no.

"None of them in their statements say they thought he had it at school," Allen explained.

They knew Thompson owned a gun, but his former girlfriend, and domestic violence victim, told police she didn't ever see him carry it at school. She said it was because of the clear backpack policy at the school.

At this time, they don't know where or how Thompson got the 9mm Glock before coming into school that day. 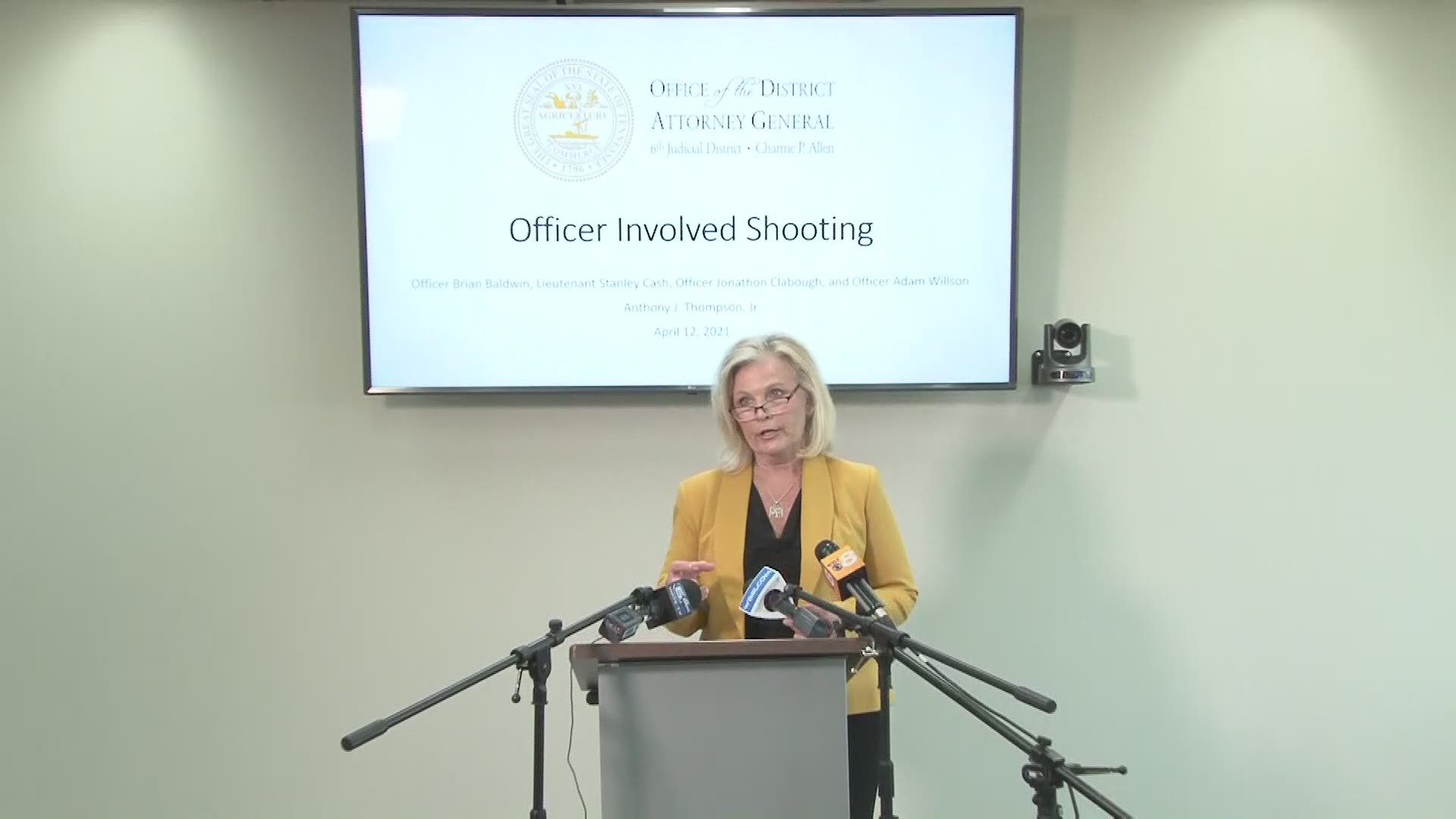 Another commonly asked question since the initial incident was, why did the officers not call in crisis negotiators to calm the situation?

Allen said police were surprised to actually find Thompson in the bathroom. At that point, the officers didn't know he was armed.

They were initially there on a domestic violence call, not a gun one. Before going in, the footage appears to show no warning knocks.

School Resource Officer Adam Willson called out, "Hey who's in here?" as he entered the restroom. Willson speaks the first words to Thompson in a calm matter, saying, "Hey Anthony, how you doin' man?"

From there, when Thompson did not take his hands out of his pockets and officers saw the gun, things escalated quickly. The struggle was over in 11 seconds. 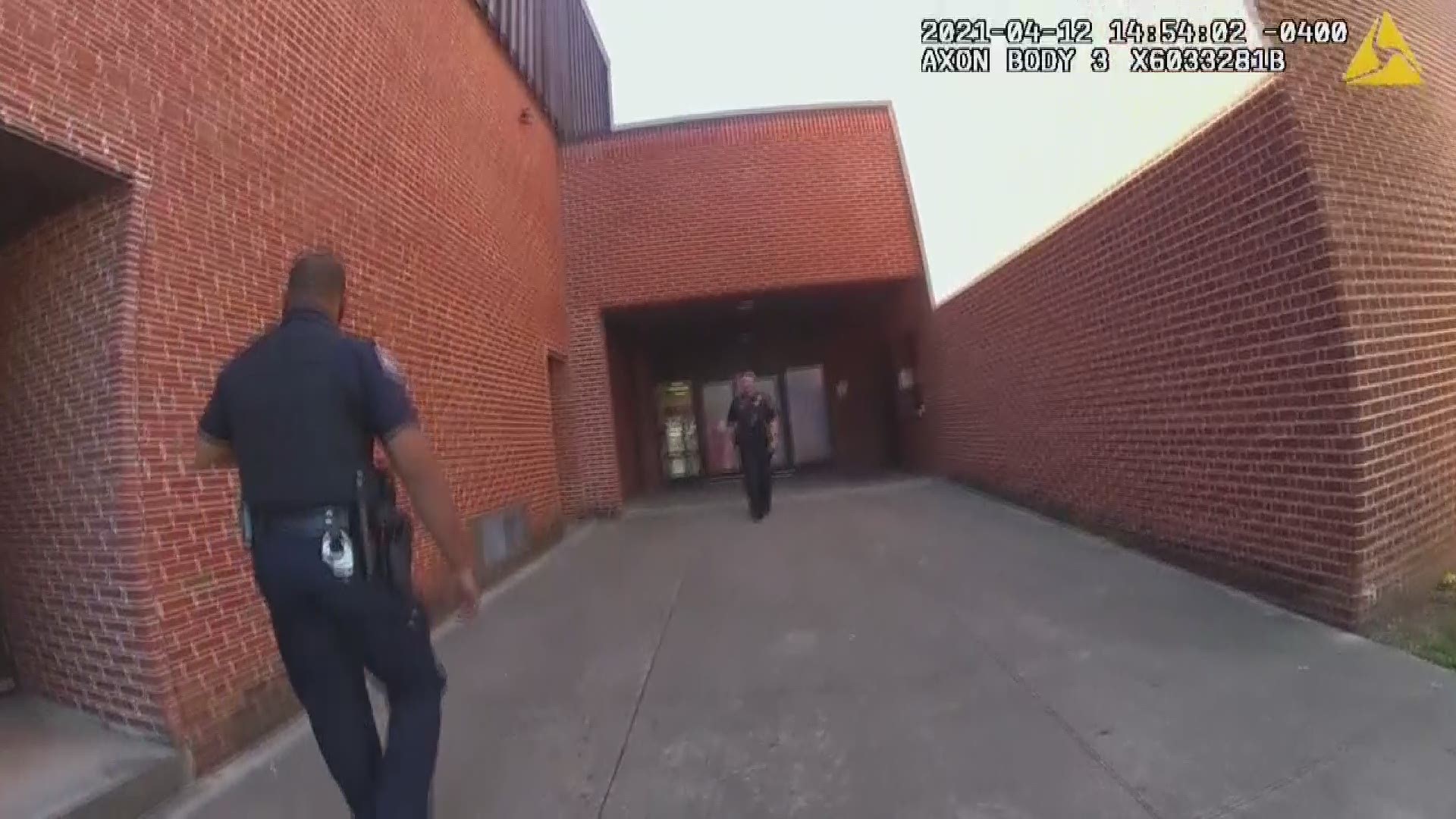 The 11-second struggle between Thompson and the officers ended with him on the floor, shot and hurt, for four-and-a-half minutes before medical help arrived.

In the footage, Thompson's friend in the bathroom urged police to help.

"What are you doing? He's bleeding," that student cried out.

Allen said officers called an ambulance, but it wasn't until they and the school nurse flipped him over that they discovered all the blood.

He still had a pulse at that point, and the nurse cut off his backpack and jacket to perform medical treatment. Officers uncuffed Thompson.

"Basically, the bullet we know entered here from the jacket, it traveled through his body," Allen explained. "It basically went through both lungs and went through the bottom of his heart."

The medical examiner described the shot as "devastating" and a life-ending injury.