'Everything's on the table' | Knox Co. BOE to hold meeting on school security

"I don’t think people need to panic if we’re still in the process" when school begins, Board of Education vice chair Virginia Babb said. 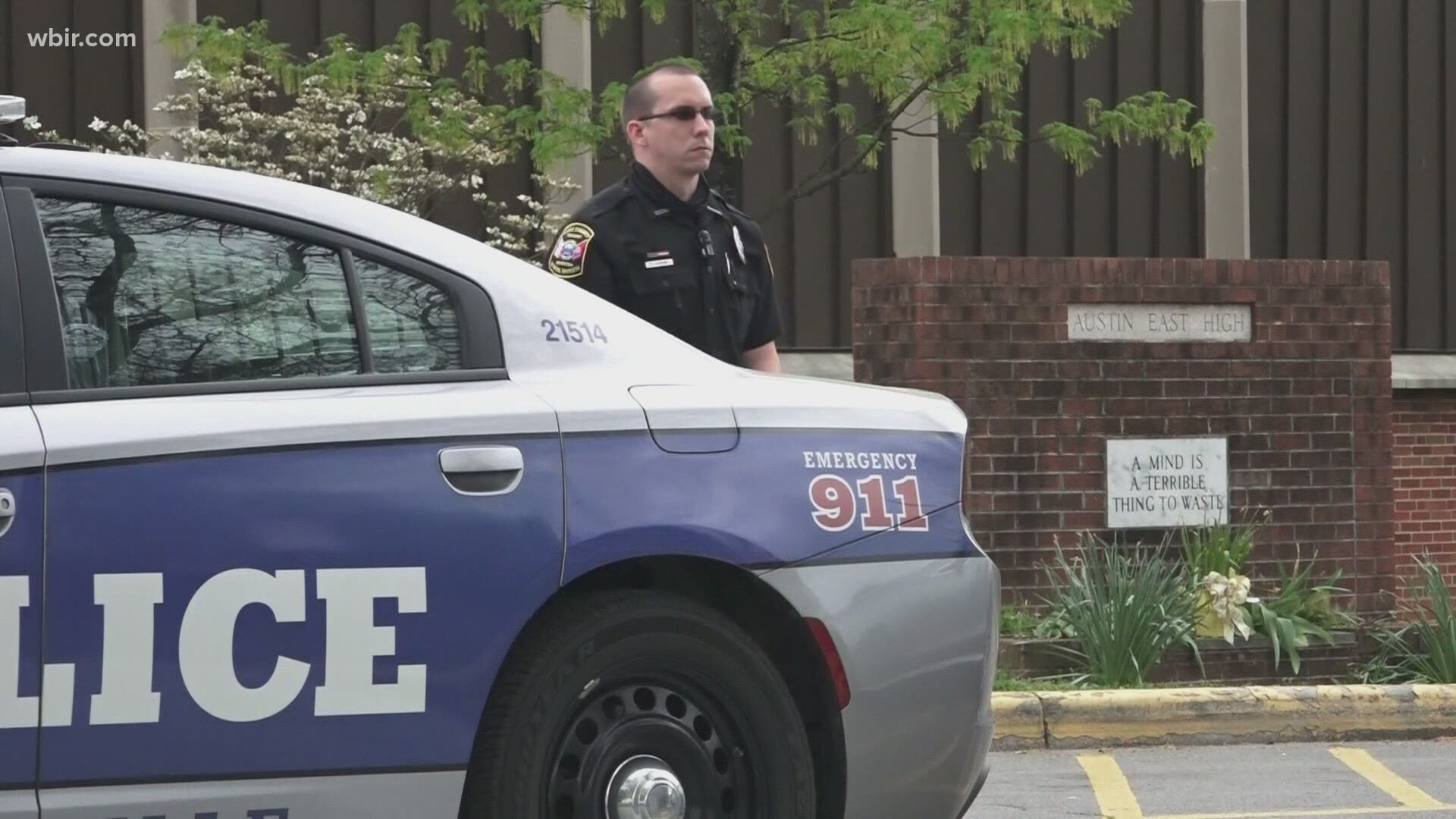 KNOXVILLE, Tenn. — The Knox County School board may consider varying security from school to school depending on the needs and wants of the community, the board's vice chair said Thursday.

Virginia Babb indicated "everything is on the table" and expressed her desire for the board to consider community input as part of its upcoming process to re-examine armed officers in schools after the deadly police shooting of a teenager at Austin-East.

The school board will meet on Wednesday at 1:30 p.m. to discuss how to frame discussions on the topic and possibly schedule community meetings open to public feedback.

"I really think we need to do a thorough talk of officers in the schools—the impact they have, whether it’s good, bad or in between," Babb said.

She said it is possible the district will not have a new security plan in place by the time classes begin in the fall—though insisted that is no reason for parents to panic.

"Nobody wants to just desert our children. I mean nobody has that in mind," she said. "I think that we will all work out a way that we will start schools in the fall where we all feel safe—while we might still be working on things."

The board's deliberations gained a sense of urgency during a work session last week, when Knoxville Mayor Indya Kincannon announced she was pulling 14 Knoxville Police officers from SRO duty in schools.

The district still has dozens of armed security officers on staff and middle and high schools outside the city limits will keep SROs staffed by the sheriff's office.

Kincannon expressed a desire to work with the school board to develop a new memorandum of understanding on school security—and said KPD officers in schools may be a part of that agreement.

A Knox County School spokesperson did not respond when asked about the security measures the superintendent prefers.