Jason Periard said he is open to different security protocols for different schools. 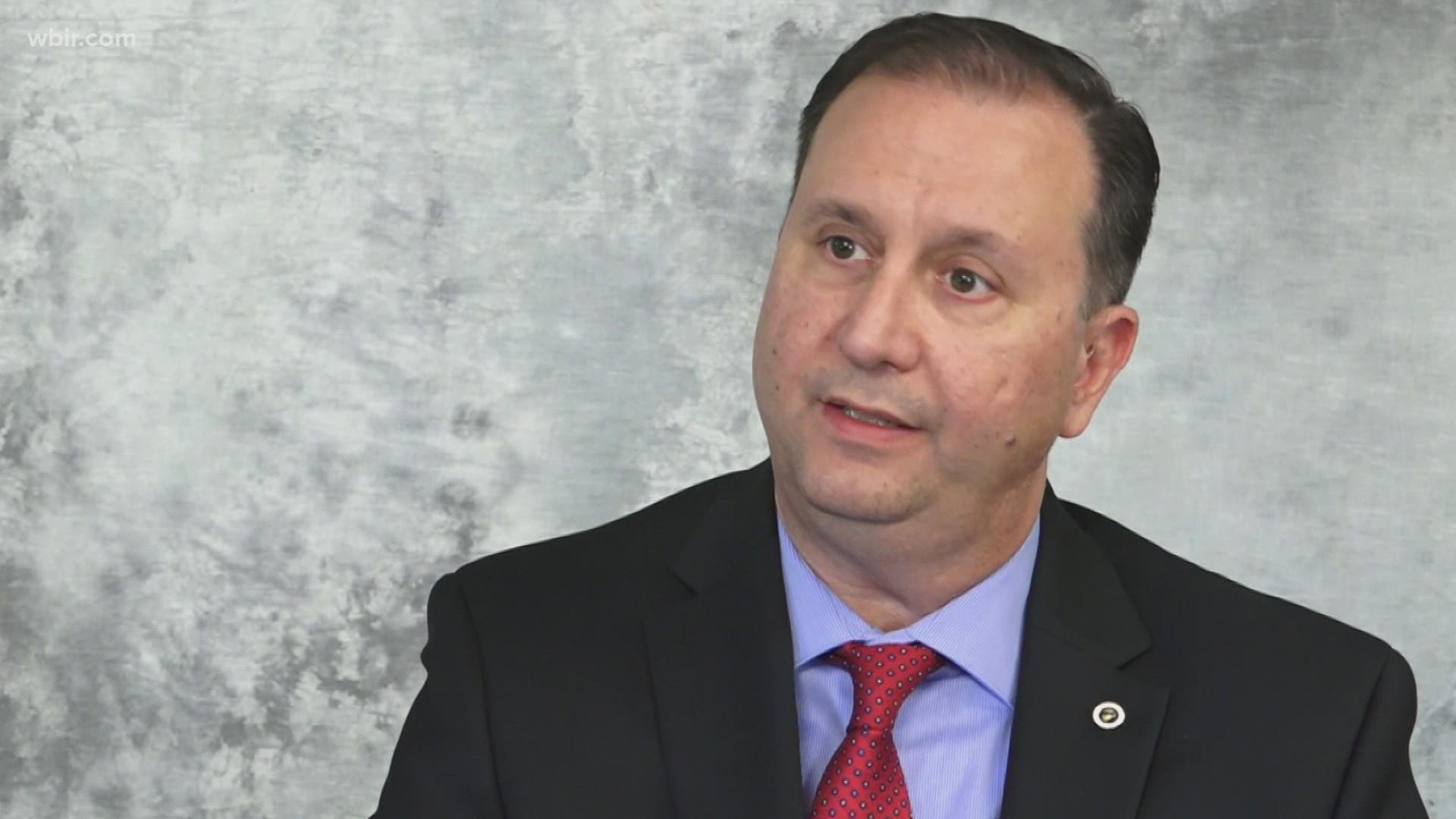 KNOXVILLE, Tenn. — The new Chief of Security for Knox County Schools said Friday that he supports keeping armed school resource officers in the district, wading into a debate that has divided Board of Education members as they deliberate over a new agreement with the Knoxville Police Department.

On his fifth day on the job, Jason Periard said he supports security approaches tailored to individual schools—another aspect of the ongoing Board of Education debate.

"In fact, I would be suspicious of a security program that looked exactly the same for every school," he said. "There is no one-size-fits-all."

In an interview on his fifth day on the job, Periard offered his condolences to the family of Anthony Thomson Jr. who was shot and killed by Knoxville police officers inside Austin-East High School in April.

"We never want any of our students to perish and I think it hurt everyone's heart," he said. "I have a plan already to reach out to the leadership of that particular school."

Periard said he wants to visit every school in the district, meet with principals and observe district-employed school security officers in the environment in which they work.

"I will only tolerate SSOs who are high in conscientiousness. I'm not looking for folks who are out there for themselves. It's all about the kids," he said.

Periard plans a "top-down" review of every school's risk assessment and wants to add verbal de-escalation and cultural competency training for all SSOs.

"If you don't understand the folks you serve, then you've failed as a school security professional," Periard said. "We will do everything we can to continuously improve, educate, train and employ the latest technologies to make sure that those parents who are dropping their kids off can feel confident that we're doing everything we can to keep the community safe."

Periard has previously served as the vice president of the Community Security Initiative at the Jewish Federation of Los Angeles.

There, he helped oversee the security of more than 500 institutions, including over 100 schools. Before that, he served 21 years of active duty in the United States Marine Corps where he served in security positions throughout the world, according to officials.

He worked as a special agent for the Naval Criminal Investigative Service and as an investigations officer for the Marines.

Periard said he, his wife and seven-year-old look forward to exploring East Tennessee. He said they enjoy hiking and road trips.