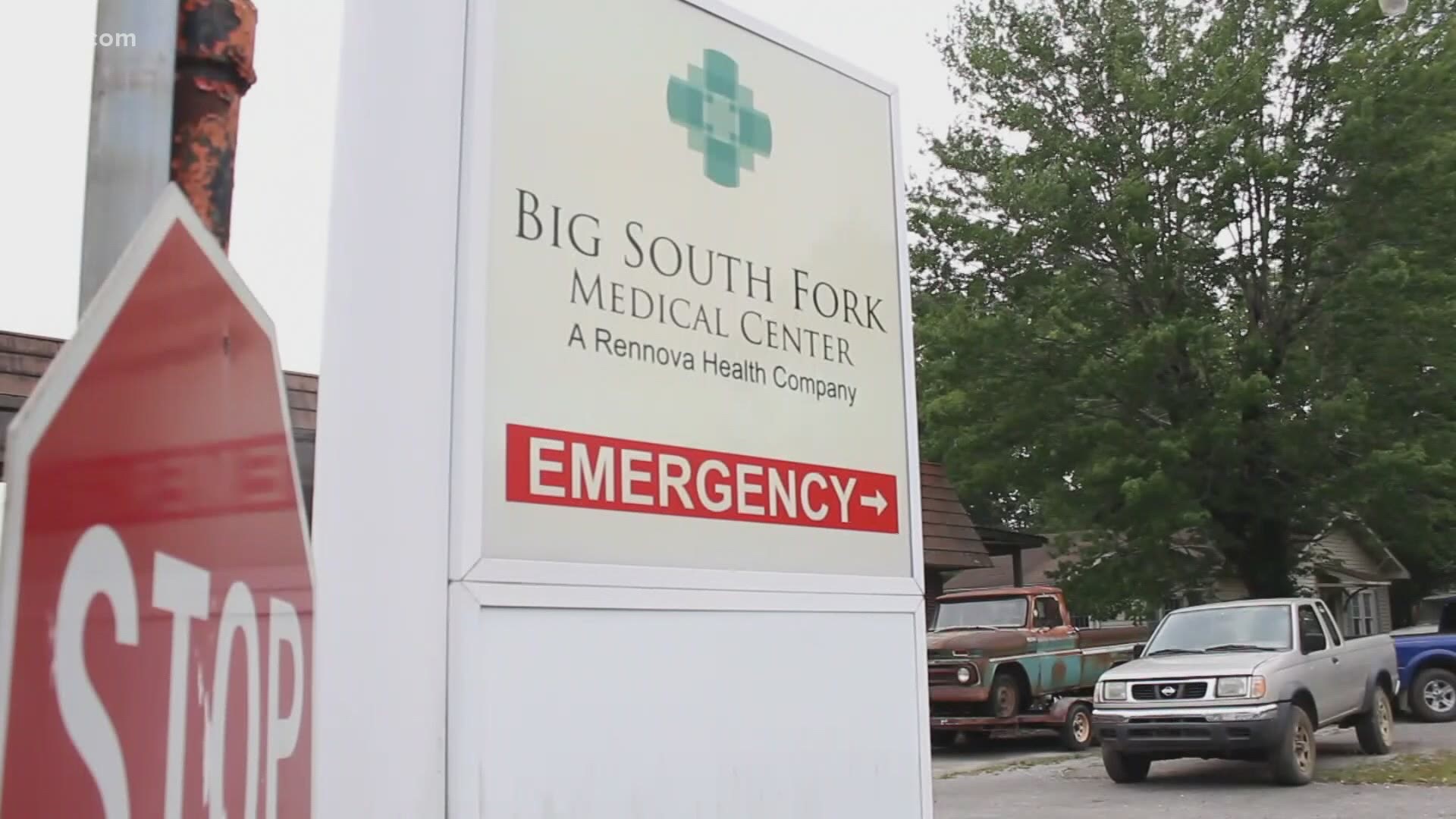 ONEIDA, Tenn. — The Big South Fork Medical Center has not paid its employees in nearly six weeks, said one former and one current employee of the only hospital in Scott County.

The employees, who spoke on condition of anonymity, said Friday will mark three straight missed paychecks for nurses, doctors and managers at the facility.

"People are living on shoestrings," the former employee said. "Everybody that's there now is not there for themselves, but to save the hospital."

Both employees said the facility had only one lone doctor, Dr. Deepak Reddy, who lives in a room at the facility to be on call 24 hours a day, seven days a week.

When contacted at work, the doctor did not confirm that detail and instead transferred a reporter to a voicemailbox. Hospital operator Rennova Health did not reply to a request for comment.

"I’m glad they’re doing what they’re doing, but I feel sorry for them, for them not being able to get paid," Scott Co. Mayor Jeff Tibbals said. "It would be a major strain to a household budget."

He said federal stimulus money kept the hospital afloat through the winter, but that the hospital's application for a second round of funding was denied.

Rennova has closed its two other hospitals in East Tennessee, most recently vacating the Jellico Community Hospital earlier this month.

Tibbals said the fear of the hospital closing is always in the back of his head. He said he thinks the state needs to step in to make rural hospital operations more profitable by expanding insurance access to more Tennesseans.

Lifelong Oneida resident Tara Brewster said the hospital serves as a lifeline for her community.

"It's very important that we keep our hospital," Brewster said. "They need to be paid and we need them to help take care of us when we’re sick."

"We need our hospital," she said.