VERIFY: Knoxville has had more deadly shootings per capita than Chicago this year

A 37 year-old woman who died this weekend was the 21st fatal shooting victim in Knoxville so far this year, Knoxville Police said. 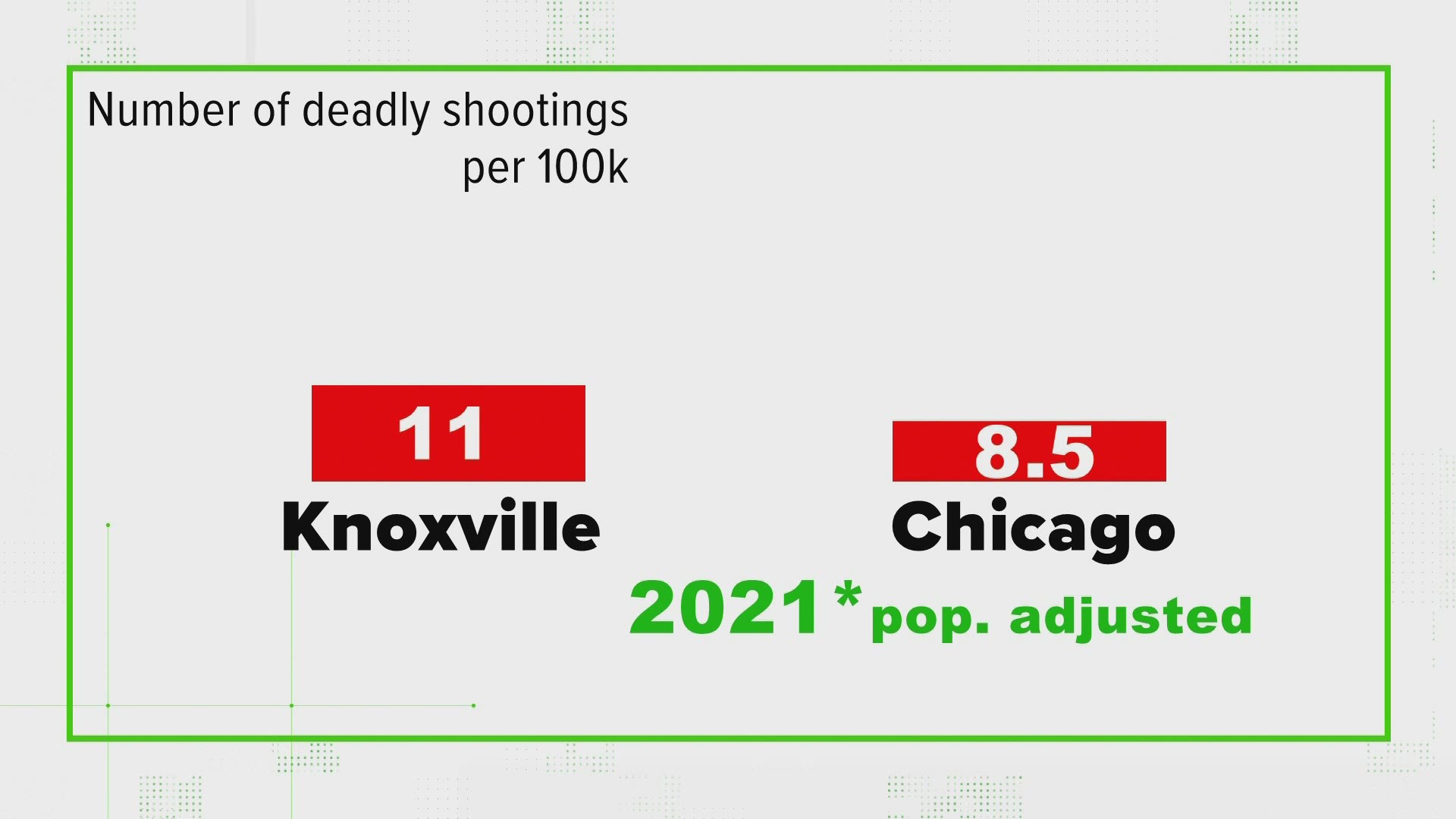 KNOXVILLE, Tenn. — Knoxville is on track for its deadliest year ever.

As of May 23, 21 people have been shot and killed in the city limits, Knoxville Police data showed. That's nearly double the number shot and killed at the same time in 2020—a year which broke records as the deadliest in the city's history.

The surge in violence has led some 10News viewers to ask how our city stacks up compared to others across the country.

Sara Jewels wrote: "Might be worse than Chicago when you compare population density."

Is the number of deadly shootings worse in Knoxville than it is in Chicago?

Data from the Knoxville Police Department

In 2020, Chicago had more shooting deaths by population than Knoxville. But so far this year, the number of deadly shootings in Knoxville outpaces the number in Chicago.

In 2020, Knoxville had a record 33 shooting deaths, according to KPD. By contrast, a review of medical examiner data showed Chicago had 700 homicides where the primary cause of death was a gunshot.

Chicago is a much bigger city than Knoxville, so we have to adjust for the population difference to compare the two cities.

But this year, it's a different story.

So far this year, Knoxville has more fatal shootings than Chicago, when adjusted for population.

We asked UT Statistics Professor Missie Bowers to check our math—and she confirmed: the numbers from Knoxville are worse than Chicago.

In a statement, Knoxville Police Chief Eve Thomas said the department is devastated by the toll the violence has taken on the Knoxville community. She said other cities have also seen an uptick in gun violence.

"The statistics are alarming but those stats can oftentimes belie the fact that behind every number is a real person who leaves behind a void that cannot be filled," she said.

Thomas said the department is committed to stopping the violence and making Knoxville a better and safer city.