Whistleblower in KPD investigation claimed retaliation by chief prior to resignation 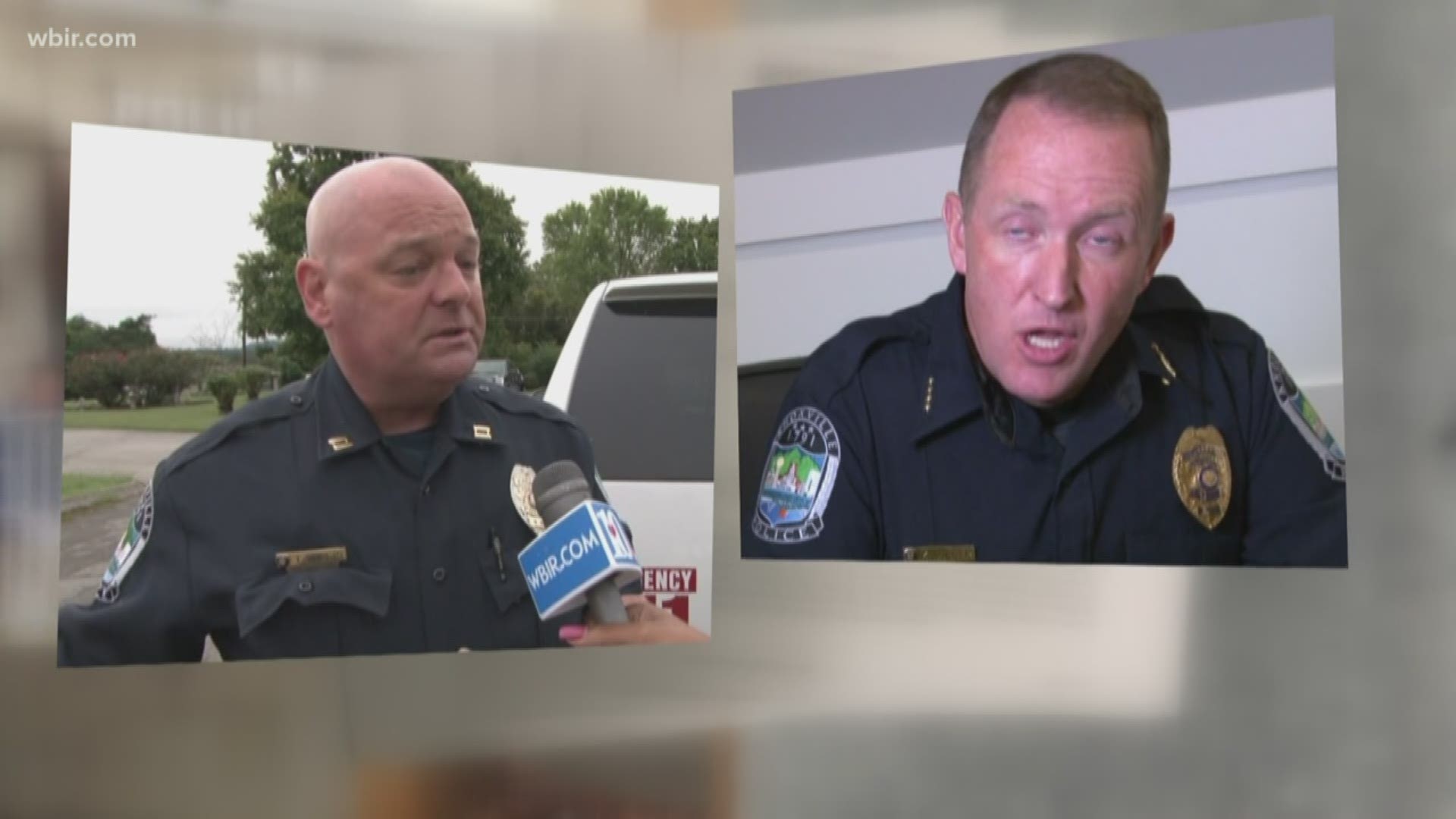 KNOXVILLE, Tenn. — A former Knoxville Police Officer claims he faced retaliation for filing a whistleblower complaint about a vulgar roll call video and other alleged inappropriate behavior within the department.

In a grievance sent to Chief Eve Thomas, Brasfield said he was transferred to a windowless, isolated conference room and punished with "solitude and fruitless labor."

The complaint said Thomas told Brasfield he was in an "explosive situation" and transferred him from his routine duties on a patrol assignment to her office where he was instructed to review the department's compliance with new laws.

"Chief Thomas acknowledged that she knew Lieutenant Brasfield felt like a man on an island and that she was putting me further out on the island, but this was the best that Chief Thomas could come up with," the complaint said.

The department is investigating several issues raised by Brasfield including how the department handled a video recording of Sgt. Bobby Maxwell at roll call graphically talking about forced oral sex as well as how administrators responded to a Knox County deputy’s complaint that a KPD patrolman was having an affair with his wife.

The complaint also said Brasfield believed his email was being monitored by KPD supervisors and his transfer was a "farce for the purpose of close surveillance and intelligence gathering for the purpose of seeking violations to retaliate against Lieutenant Brasfield and damage control to protect Deputy Chief Miller and Captain Willis."

His resignation letter reads "I am grateful for the many professional opportunities, relationships, and experience provided by The City of Knoxville over the past twenty-three years."

"The recent remove of authority, isolation and ostracization has been humiliating and detrimental to me. I regretfully resign," it concludes.

In a statement to 10News, a KPD spokesman said "A meeting was scheduled between Chief Thomas and Lt. Brasfield to discuss the contents of the grievance. Unfortunately, he resigned prior to that meeting taking place."