'It's Okay To Be White' signs found on ETSU campus

An investigation is underway, according to ETSU President Brian Noland. 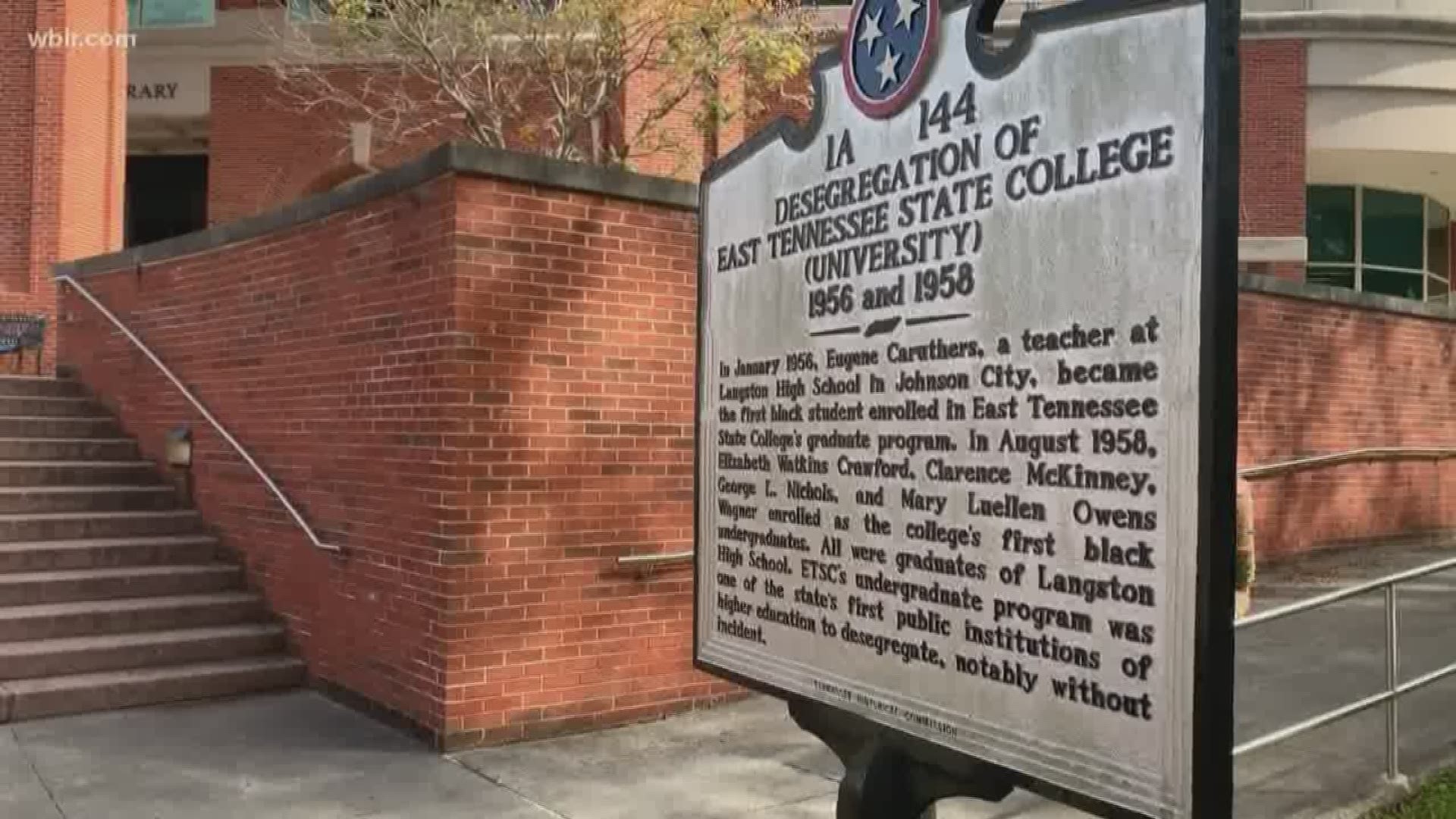 JOHNSON CITY, Tenn. — Signs with the words "It's Okay To Be White" covered a memorial honoring the first African-American students to enroll at East Tennessee State University last weekend, in a photo submitted to the WCYB newsroom.

ETSU President Brian Noland told WCYB News 5 in Johnson City his staff is investigating the incident, which occurred on the same weekend that historically African-American fraternities and sororities were being honored on campus.

"In the early hours of Friday, November 1, racist flyers were placed on multiple buildings and locations across our campus. These flyers were identical to those placed on college campuses across the country by white supremacist groups in an attempt to seed division and discord. In an act of vandalism, flyers were placed on Borchuck Plaza over the memorial plaques of those five pioneering individuals who desegregated our institution during the 1950s. It is clear that the posting and placement of these flyers was an attempt to create division in our community and I am disgusted by this act."

This story initially appeared on WCYB.com.

The University of Tennessee is taking steps on its campus to condemn hate speech on campus and on the rock -- which has been vandalized several times.

After an unidentified person painted anti-Semitic hate speech onto the Rock in September 2019, UTK Chancellor Donde Plowman said the livestream would be "a symbol that our community is taking collective responsibility for the Rock."

Plowman added that the livestream would grow the UT community's "collective accountability around communicating our values and replacing messages of hate with those of mattering and belonging."