Commissioners in Jefferson County said it was important to them and members of the community to show support for the Second Amendment. 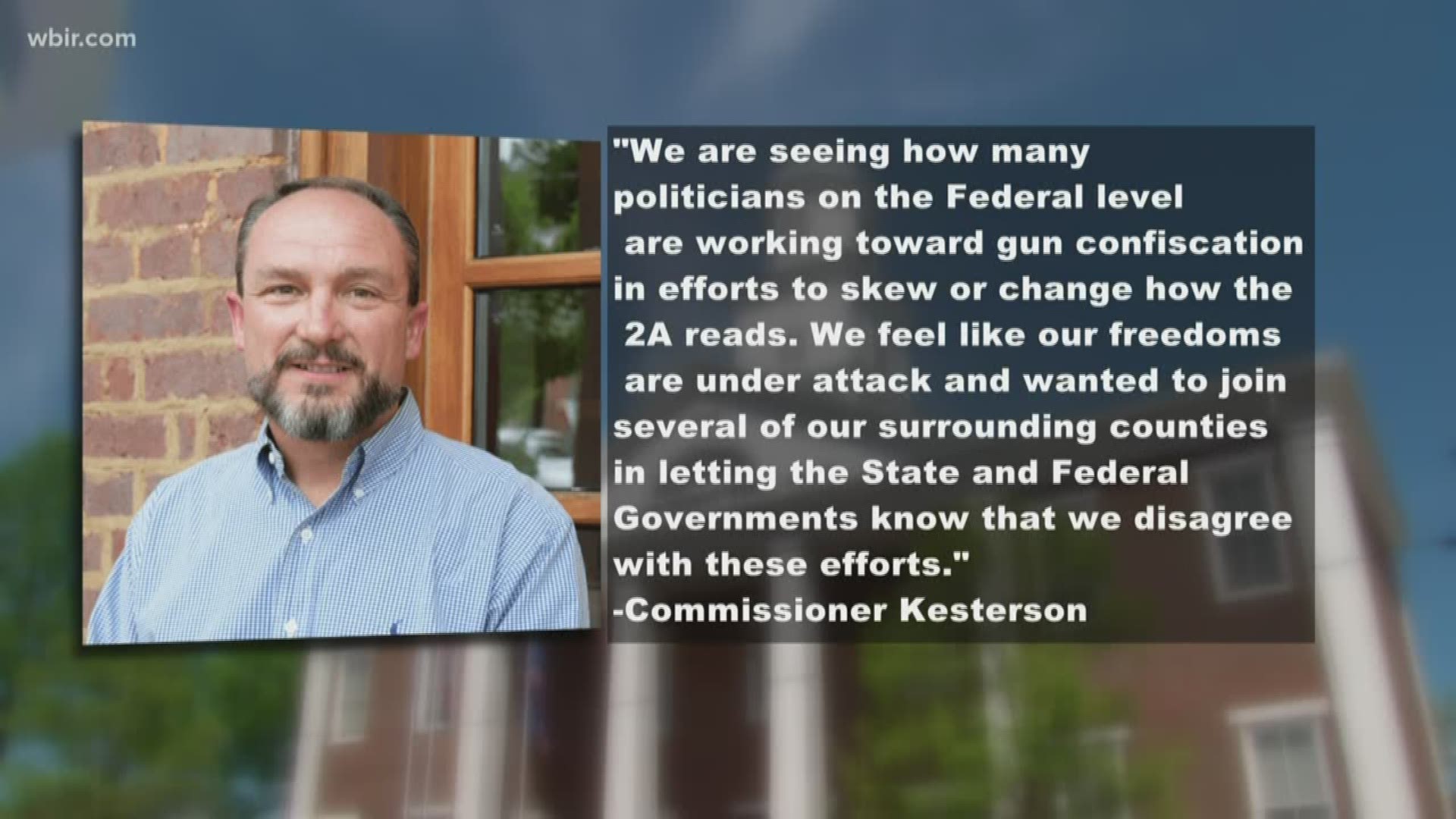 Both counties passed the Second Amendment gun sanctuary resolutions Monday night at their county commission meetings. This comes after the Town of Dandridge passed a similar resolution earlier in October.

Commissioners in Jefferson County said it was important to them and members of the community to show support for the Second Amendment.

Stewart Harris, who spoke to 10News from WETS-FM in Johnson City before his weekly radio show, is a constitutional law professor at LMU Duncan School of Law. He said becoming a sanctuary city or county is more of a political statement than a constitutional statement.

He said states, counties and even towns making the move to become gun sanctuaries has picked up traction in the last couple of years.

"They will decide they are concerned about gun control laws being imposed by some other jurisdiction," Harris said.

Harris explained the Second Amendment and right to bear arms only kicks in when the government tries to restrict your gun rights.

"In a state like Tennessee, it's very unlikely that will happen, but we're really not talking about a constitutional issue, we're talking about a political decision from the people of these counties," Harris noted.

For instance, One of the sponsors of the sanctuary resolution in Jefferson County, Todd Kesterson, said in a statement:

"We are seeing how many politicians on the Federal level are working toward gun confiscation in efforts to skew or change how the 2A reads. We feel like our freedoms are under attack and wanted to join several of our surrounding counties in letting the State and Federal Governments know that we disagree with these efforts."

The resolution states the county will not provide resources toward any actions or mandates that infringe on the people's right to bear arms. But, Harris said the cities or counties cannot get in the way of federal law.

"If there is a conflict between state and national laws, then national laws win every time," Harris explained.