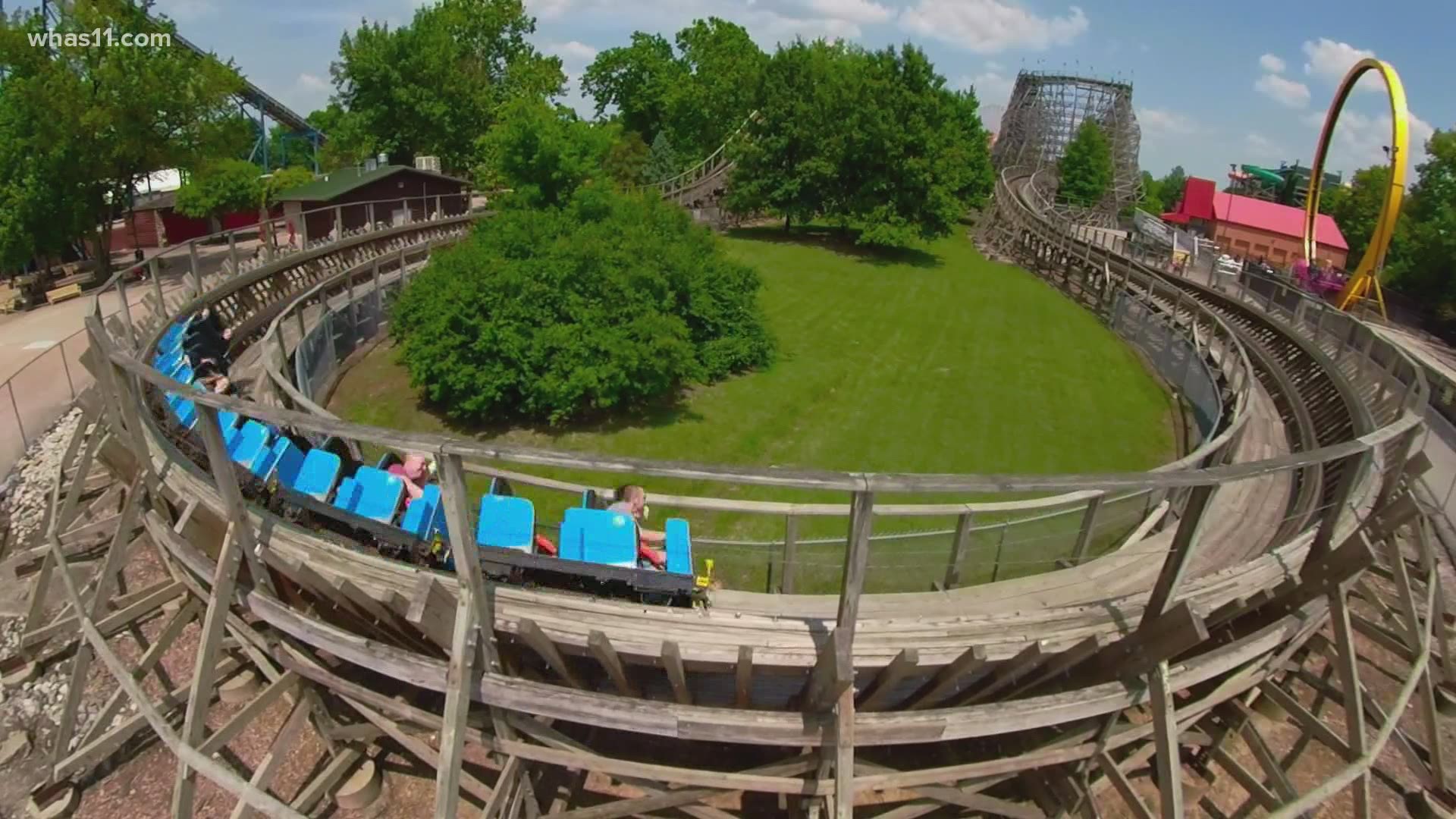 In a press conference Tuesday, Gov. Beshear said Herschend Family Entertainment has become a majority partner and operator of Kentucky Kingdom and Hurricane Bay. Herschend operates popular attractions including Dollywood and Newport Aquarium in northern Kentucky, and is the owner of the Harlem Globetrotters.

“Herschend is a proven innovator and leader in the tourism industry, and we are delighted that they recognize the potential Kentucky has to offer and have committed to expanding their operations in the commonwealth," Gov. Beshear said.

According to a press release, the partnership aims to bring "enhanced entertainment and amusement park management experience that will benefit the operations at Kentucky Kingdom and Hurricane Bay."

The release said Herschend plans to create a strategic plan to improve the park. The plan includes broadening the appeal of the park to multiple generations, hosting seasonal and themed events, adding Herschend-owned programming and characters, and expanding the park season to allow for more park guests.

Craig Ross, Dollywood's president for the past decade, will serve as Kentucky Kingdom's interim General Manager. Under Ross' leadership, Dollywood was named one of the top theme parks in the world by TripAdvisor and USAToday.

“We strongly believe in using guest and community input to create amazing experiences and will be reaching out to the Louisville community for input on enhancements they’d like to see at the park, including attractions, shows and events," Ross said.

Ross said that no changes would be happening to the current season pass plan. Guests who have already purchased passes for 2021 will still be able to use their passes this year with no issues.

He also said his team would look into bringing Dollywood's iconic "cinnamon bread" to Kentucky Kingdom after seeing several comments on social media about the popular treat.

Herschend also plans to build relationships with local tourism partners to encourage travel to Kentucky Kingdom, Louisville and the state of Kentucky as a whole.

The Kentucky State Fair Board, which operates the Kentucky Expo Center adjacent to the theme park, plans to work with Herschend to make sure "the new vision for the park is successful in Kentucky," according to Board Chair Steve Wilson.