A Knox County parent says she has refused to let her kids take TNReady exams for four years. 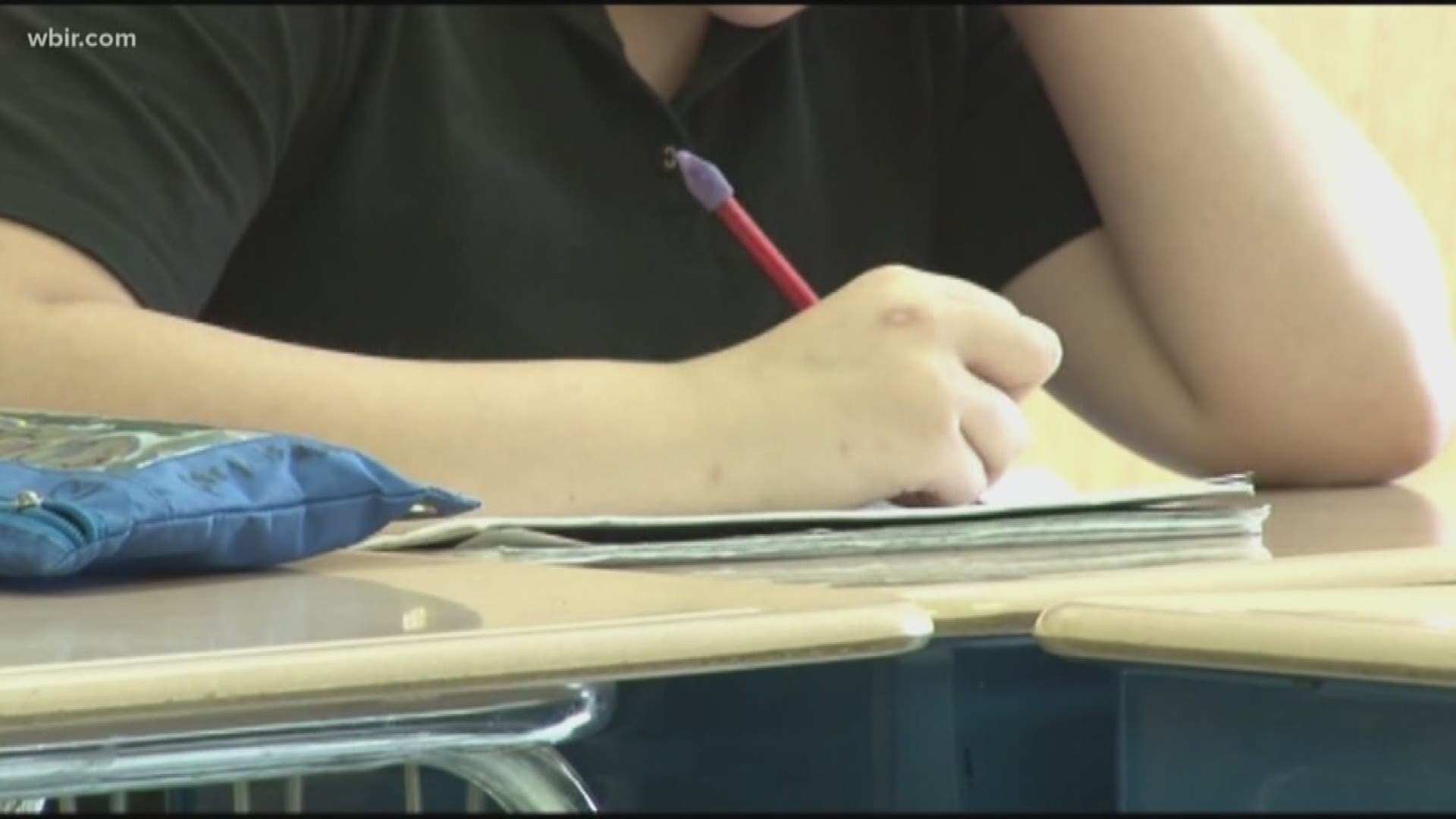 KNOXVILLE, Tenn. — A Knox County parent says she has refused to let her kids take TNReady exams for four years.

Elizabeth MacTavish and her husband are educators, and she understands the stress of standardized testing as both a parent and a teacher.

"Teachers are put under enormous amounts of stress and pressure," MacTavish said. "Having seen my own child come home stressed as a third grader about taking a test."

She's not against all testing--she just doesn't believe TNReady does students and teachers justice.

"We are spending millions of dollars on a test that is neither reliable nor valid, the testing companies that we've been using continually fail," MacTavish said.

Over the past few years, TNReady has had some problems.

In 2016 the original online testing system failed. In 2017 about 1,700 tests were scored incorrectly.

In 2018, the state comptroller's office says there were login delays, slow servers, and software bugs.

Now, the state is looking for a new vendor for TNReady testing. Tuesday, it issued a request for proposal for next school year.

The Department of Education expects the new contract to be $20 million each year. It's current contract with Questar is $30 million.

In a few weeks, TNReady testing will begin for students across the state. State educators say they're testing the online system this week.

A spokesperson for the state Department of Education says this is the best way to see how students are doing, and if the state is meeting its responsibility in preparing students for college and career.

State and federal law require that students be measured once a year regarding their academic progress.

Knox County Schools says a student who chooses not to take the test would get a zero, which can have an impact on the student's overall grade--based on the percent that it's supposed to count.

KCS says it is not authorized to allow students to opt-out or offer alternative assignments.

In past years, MacTavish said TNReady scores have not been available in time for grades, so it has not affected her kids' grades.

Still, MacTavish says refusing a test has not been easy.

"How do I say, 'Your teacher's going to ask you to do this, but you're not going to do it,'" MacTavish said. "That's been one of the challenging things for us and we've communicated with their teachers and honestly, for four years we have been well supported by these teachers."

She wants to see better leadership at the state level that listens more to teachers and students.

"If we continue to conform to these types of things, then what we're saying is we agree, that this assessment is an appropriate way to evaluate our students and our teachers," MacTavish said.