Knoxville has fewest traffic jams of any major city worldwide

Data from the GPS company TomTom says Knoxville drivers spend less time in traffic jams than any other major city in the world. 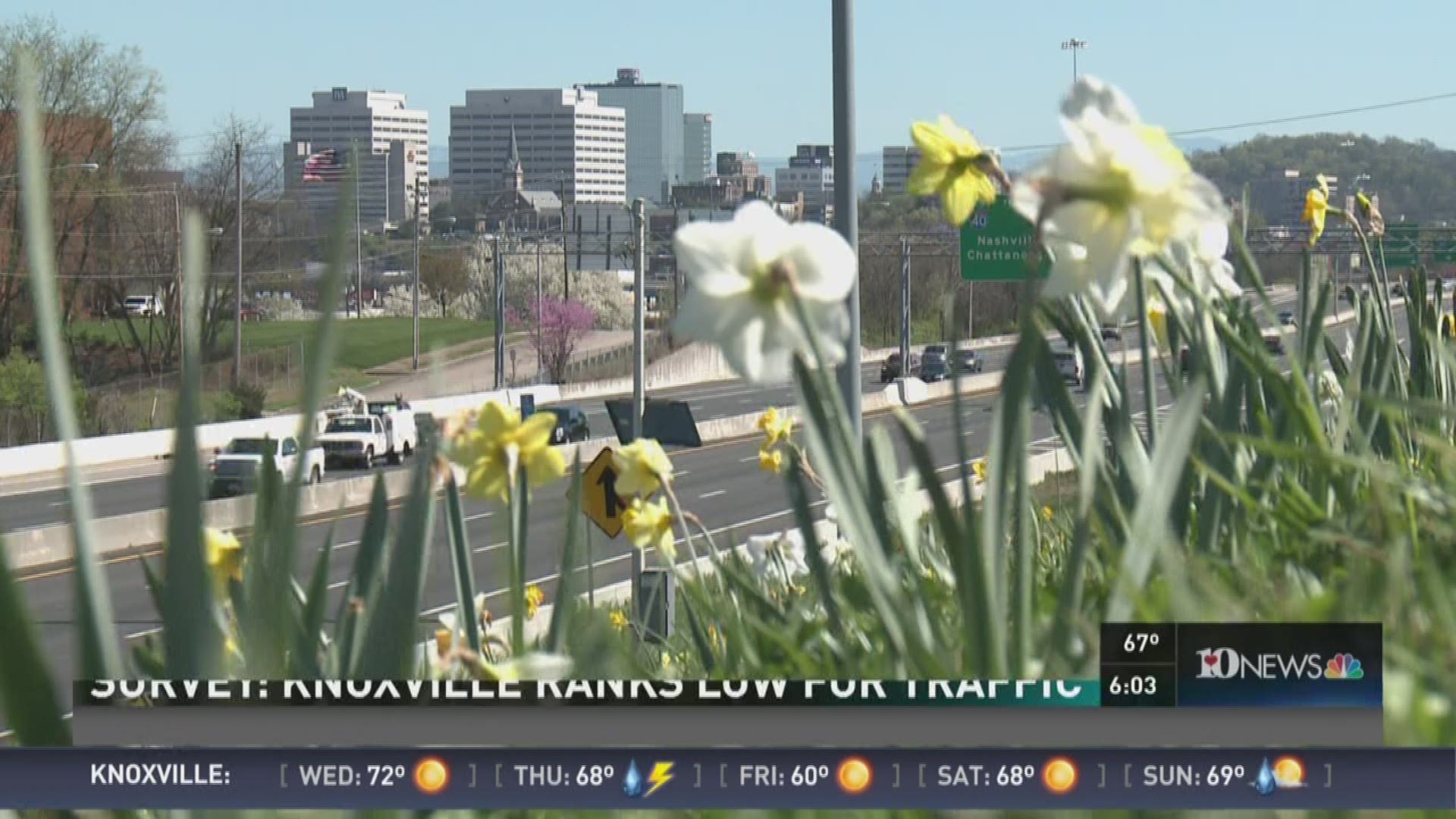 With several interstates converging in Knoxville, traffic can jam in a hurry. Yet, not only could things be much worse, new data says Knoxville is as good as it gets for least time spent in traffic jams in major cities worldwide.

TomTom lists 71 major cities in the United States. Nationally, Los Angeles has the worst traffic congestion. The survey ranked Nashville as the 19th most congested city in America, with a 2 percent increase in congestion since 2015.

The report showed Knoxville drivers spent less time in traffic jam than any of other major city and congestion has decreased 2 percent in the last year.

The relatively minor traffic congestion in Knoxville was not always the case. In the 1970s and early 1980s, the incredible snarls earned the stretch of interstate near downtown Knoxville the nickname “malfunction junction.” The traffic problems were so bad, some used it as an argument against hosting the 1982 World’s Fair by claiming traffic would be “backed up almost all the way to Chicago and at least the Kentucky state line.”

TDOT widened Interstate 40 and Interstate 75, reconfigured the ramps at malfunction junction, and completed the I-640 beltway in time to prevent major traffic problems at the World’s Fair.

In 2008, TDOT took on another ambitious project to improve traffic in Knoxville. Crews shut down I-40 for more than 13 months for the $190 million “Smart Fix 40” project that rebuilt eight miles of roads, 25 bridges, and 48 retaining walls.

The report from TomTom indicates much of the work has paid off. While traffic is not always smooth sailing in Knoxville, the GPS data indicates the area spends most of its time in the fast lane.

(The Associated Press contributed to this report)