Daniel wrote cartoons for Knoxville newspapers for about 60 years. 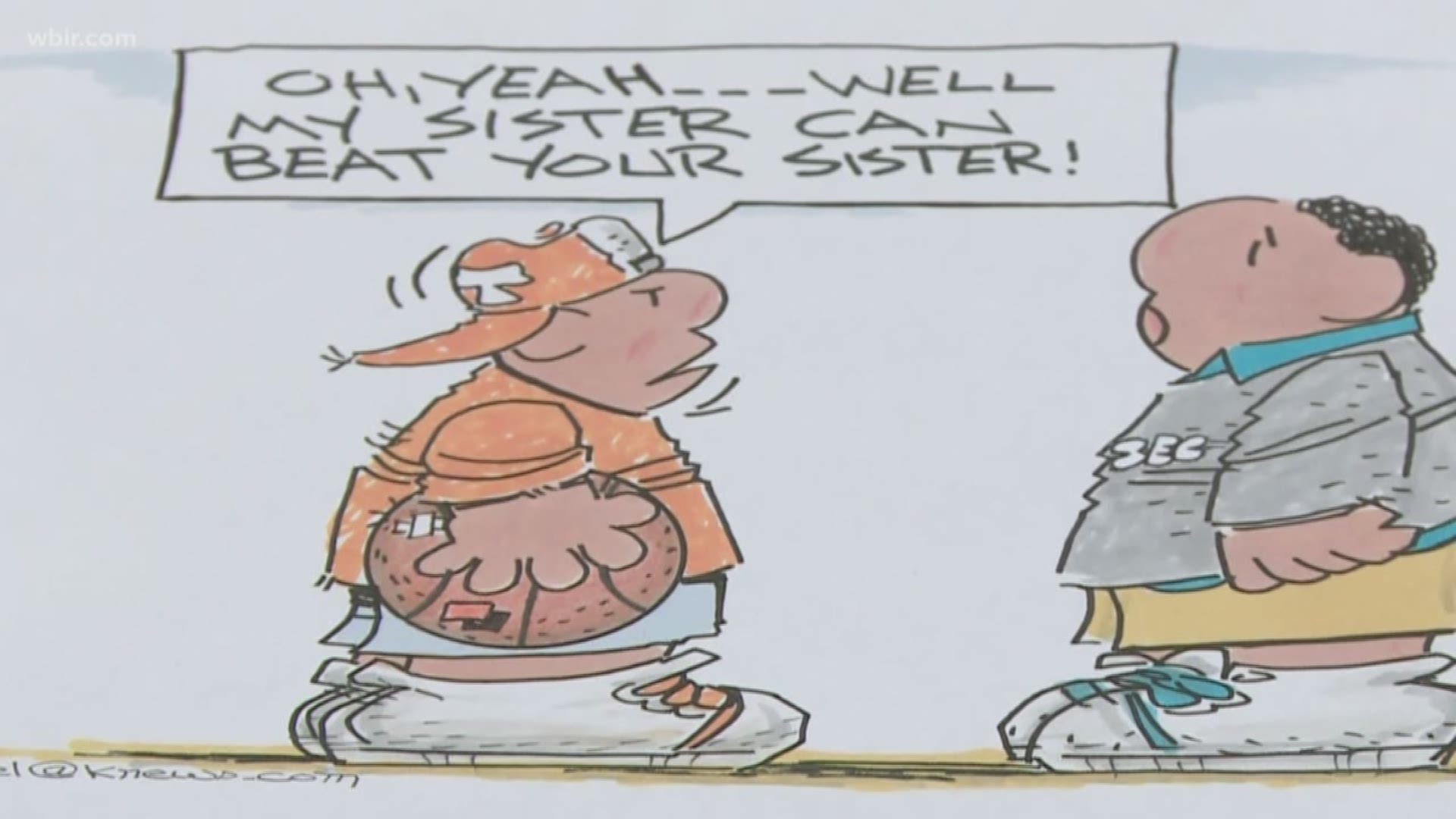 KNOXVILLE, Tenn. — The Knoxville News Sentinel announced Thursday that Charlie Daniel would no longer be the paper's editorial cartoonist.

Although Daniel will soon leave the paper, local archivists are working to preserve his images.

"Just like a snapshot he distilled it down to one image and that's difficult to do," UT Archivist, Aleesha Shumar said.

Shumar overlooks the University of Tennessee's Charlie Daniel collection. She said it has about 20,000 of Daniel's drawings.

The archives are stored at UT's John C. Hodges Library in 100 different boxes.

"It took us a little bit longer to process this collection because everyone had such a good time reading each of the cartoons," Shumar said.

Back in 2012, 10News caught up with Daniel as he reflected on his career as a cartoonist.

"When I look back on some of my earliest days I say this is awful...why would they hire this guy," Daniel said.

But after 60 years of drawing, Shumar said Daniel's work is something people will never forget.

"Even though he's created them today, they are historical so we need to preserve them now so we have them 100 years from now," she said.