Knoxville won't be able to ban plastic bags, here's why

Under the new law, a ban could take place, but it would have to be statewide and put in place by the state legislature. 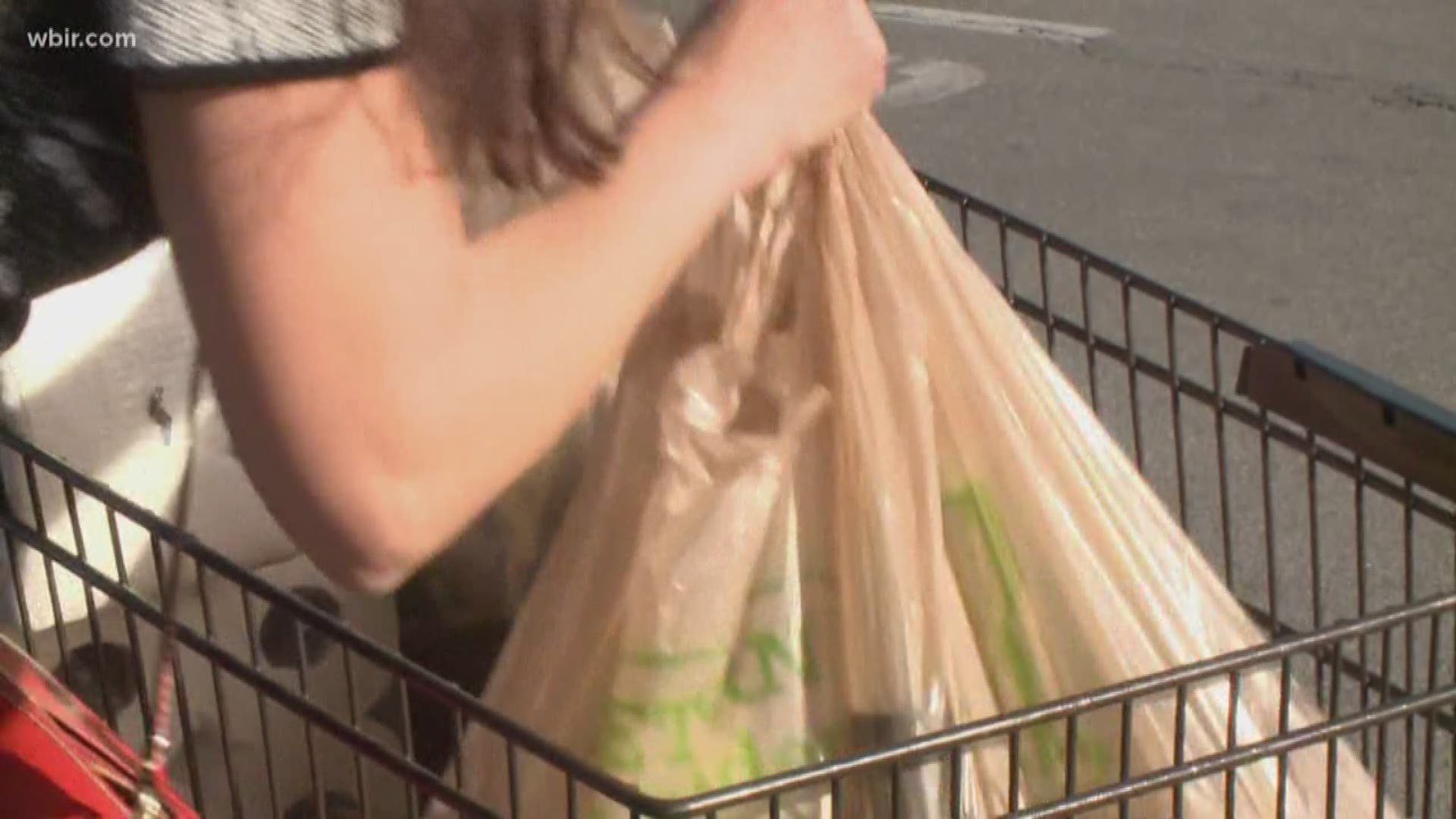 Governor Bill Lee is expected to sign a bill within the next week that would ban cities from banning plastic shopping bags.

This comes in response to Memphis and Nashville considering a ban on a local level.

Right now, cities in Tennessee can place that ban without consulting the state legislature.

Under the new law, a ban could take place, but it would have to be statewide and put in place by the state legislature.

When it comes to letting the state decide policy for individual cities, we've done it before.

Now a bill passed by both the House and Senate would allow the state to ban cities from banning plastic bags in their individual city limits.

Despite some opposition, the bill is expected to be signed into law as early as this week.

This is a win for the Tennessee Grocers & Convenience Store Association (TGCSA), who are in favor of a uniform policy.

"It prevents confusion for the consumer and the consumer will not have to guess on a community by community basis whether or not they're gonna get bags to carry their groceries home in," said Rob Ikard, President of the TGCSA.

This ban doesn't affect individual stores who wish to phase out plastic bags, like Kroger is hoping to do by 2025.

"A lot of times these local ordinances get in the way of corporate initiatives for sustainability that are already underway," said Ikard.

RELATED: Kroger to ban plastic bags by 2025, will transition to reusable bags

While plastic litter is not addressed in this legislation, it's still a real problem in Tennessee.

"We have a lot of throwaway plastic so you see your plastic cutlery, plastic bags and your plastic bottles," said Kathleen Gibi, Executive Director of Keep the Tennessee River Beautiful.

That's in the water and on the roads.

"We've got to reduce our throwaway plastics and we've got to start being good stewards of our community," said Gibi. "It's not just about being green it's about preserving our assets."