The department is investigating several issues raised by Brasfield. 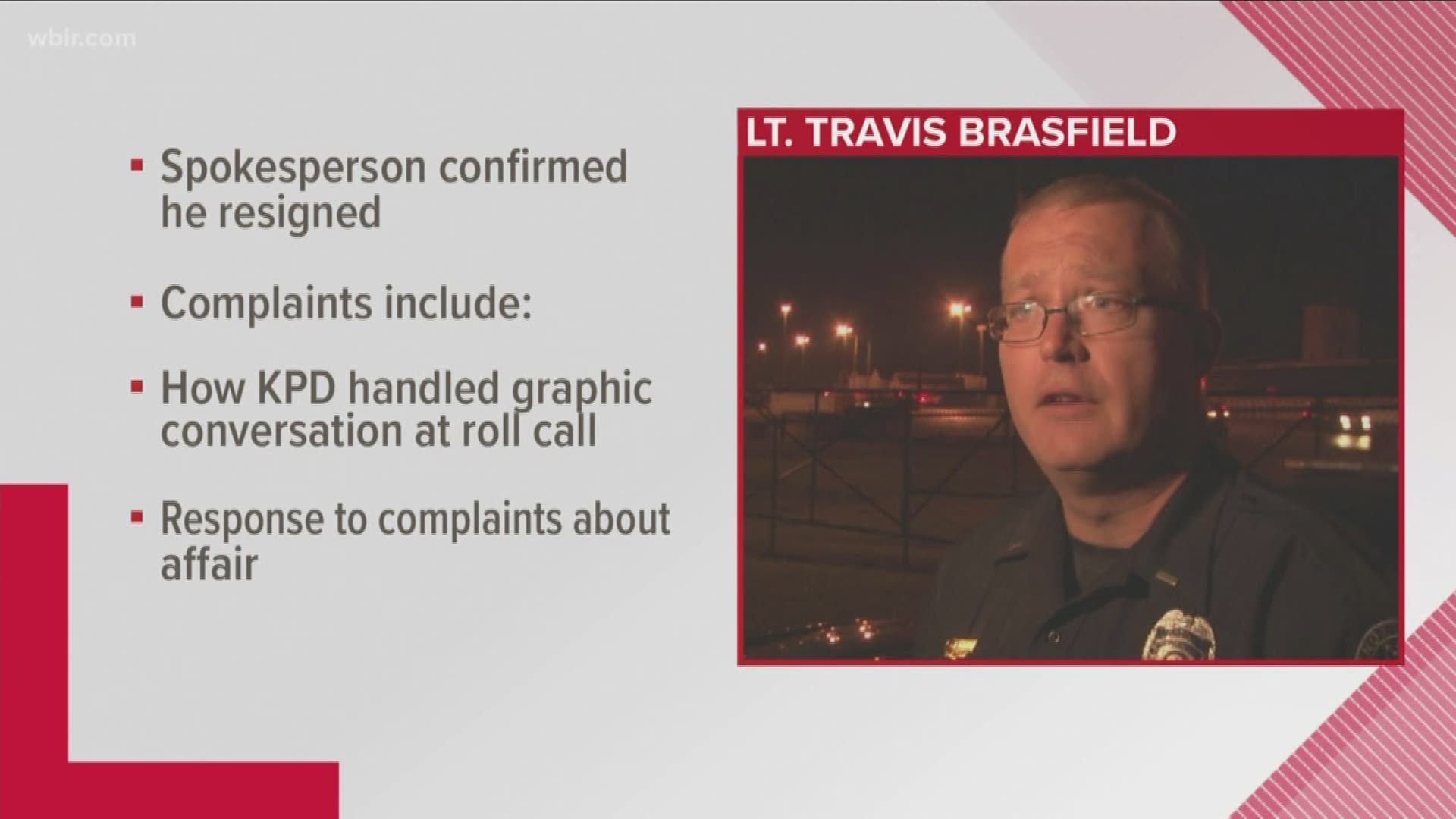 KNOXVILLE, Tenn. — The Knoxville Police veteran who filed internal complaints about a vulgar roll-call video and other department behavior has resigned.

The department is investigating several issues raised by Brasfield including how the department handled a video recording of Sgt. Bobby Maxwell at roll call graphically talking about forced oral sex as well as how administrators responded to a Knox County deputy’s complaint that a KPD patrolman was having an affair with his wife.

Credit: City of Knoxville
KPD's Travis Brasfield shown in 2015 during a concert performance on Market Square.