KPD: Woman says she was assaulted on Sequoyah Greenway during run Friday morning

The victim told investigators that as the man passed her, he struck her on the side of her head with a hard object wrapped inside of a white towel. 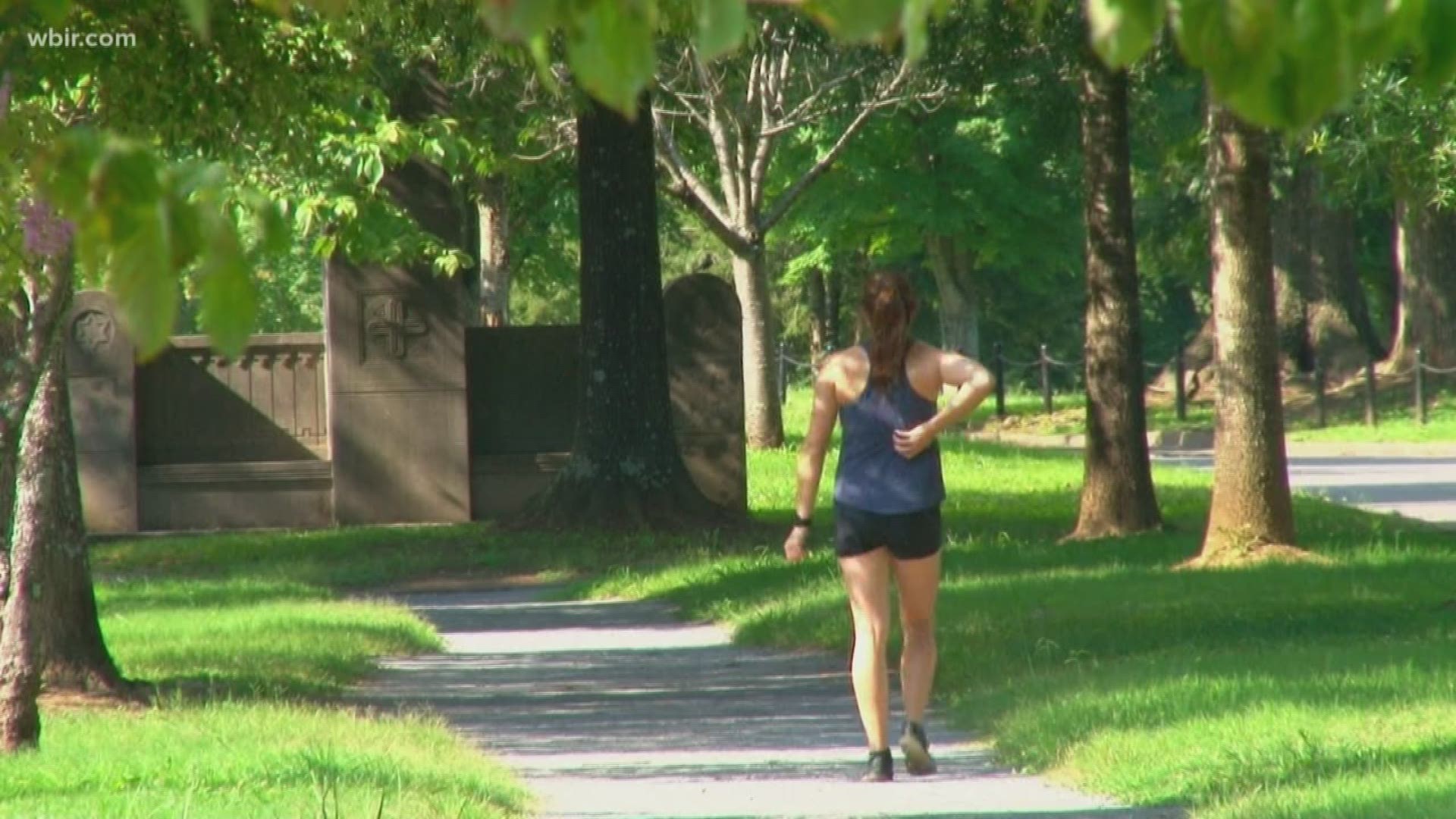 KNOXVILLE, Tenn. — Knoxville Police said they have committed extra patrols to the Sequoyah Greenway after a woman was reportedly assaulted on her run Friday morning.

At around 7 a.m., officers were dispatched to an aggravated assault that happened on the 1200 block of Cherokee Boulevard.

"While running, the victim indicated that she noticed an unknown white male, approximately mid-40s, 5’5” with brown hair and brown eyes, wearing a ball cap, khaki shorts, running shoes and no shirt, running towards her," Knoxville Police said in a report.

The victim told investigators that as the man passed her, he struck her on the side of her head with a hard object wrapped inside of a white towel.

Police said she told them she saw the man into the woods west of the 1200 block of Cherokee Boulevard.

A concerted effort between the Violent Crimes Unit, the Violence Reduction Team and patrol officers has been launched to locate the suspect.

Additional patrol resources are being committed to the area of the assault until the suspect has been apprehended.

The investigation is ongoing and more information will be released when it is available.

Runners and residents said the Sequoyah Greenway is a popular greenway, where some people frequent it every day.

"It's very rare that you come out here and you don't see another runner, even if it's really early in the morning," said Whitney Heins. "This is like the epicenter of the running community here in Knoxville."

Heins and a few other passers-by were shocked to learn that Knoxvillle Police is investigating a reported attack.

"This is my spot to run early in the morning when I'm by myself because I assume it's going to be safe, I mean, this is where I live," Heins said.

"It's kind of surprising, now that I know that I feel I should be more cautious out here," Naomi Gilbert said.

Gilbert also said she has seen a man without a shirt on the Third Creek Greenway twice, and it gave her "a weird vibe."

This isn't the first time police have investigated an attack on a greenway.

In 2015, a woman died after being stabbed on Third Creek, and last fall a 79-year-old man was also stabbed on the Ten Mile Greenway.

His family tells 10News he is doing much better, but police have never found the suspect.

Heins said this incident is not going to change her routine.

"I mean it raises my awareness, I guess, but that risk is everywhere," Heins said.

Workers with the City of Knoxville said it is legal to carry mace on the greenways, and they say it is also legal to carry a firearm if you have a permit.