"There can't be anything greater to change a person's life like Big Brothers Big Sisters did for me," said Winton. 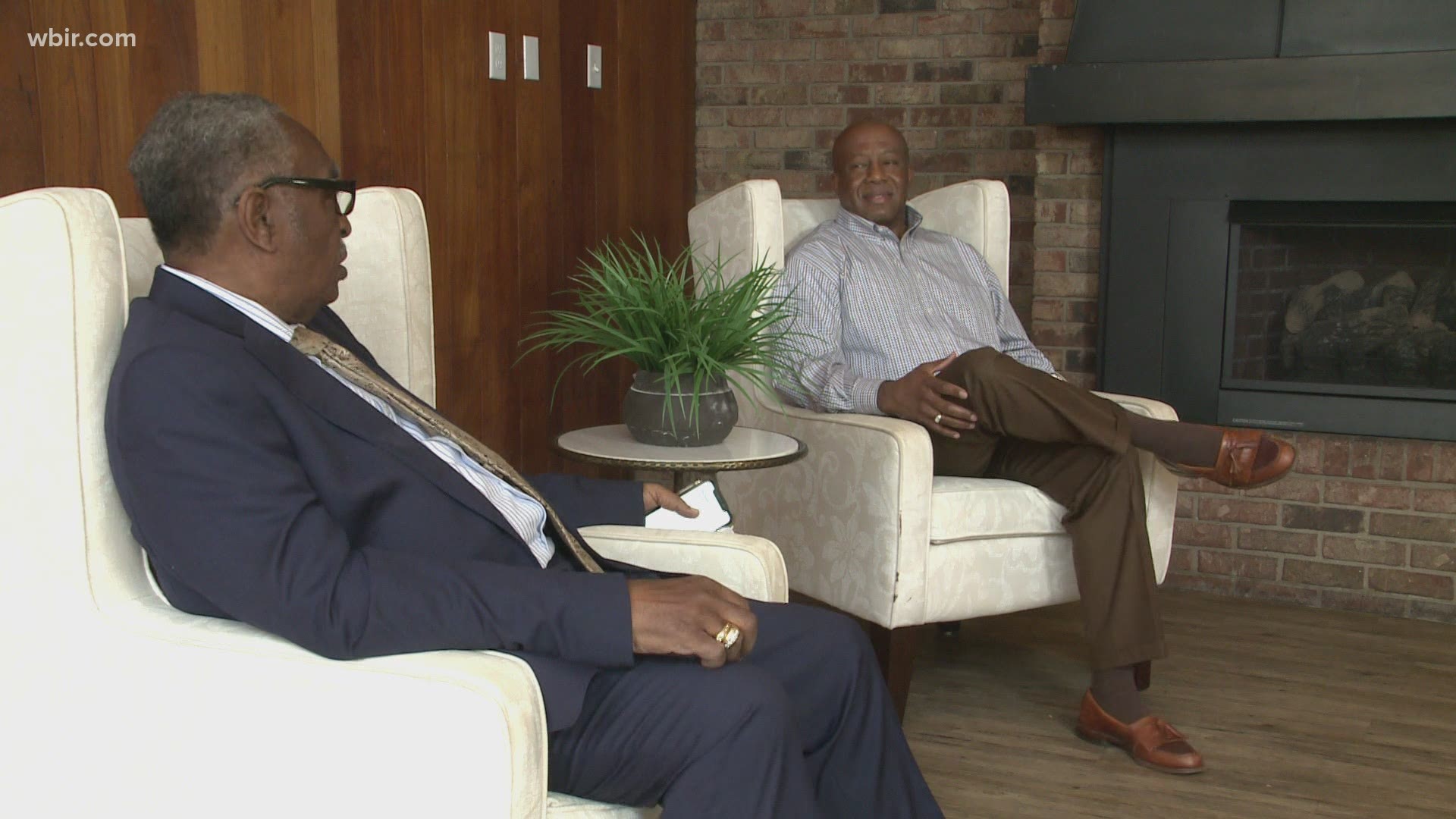 "They adopted me as part of the family. They just treated me that way," Winton smiled.

The pair met in 1972 when Beal was an up-and-coming businessman.

His mother called Big Brothers Big Sisters of East Tennessee to find her son a mentor.

"He was very quiet. In fact, he didn't say anything for weeks," Bourne recalled.

Winton eventually opened up as they spent more time together, learning the value of hard work alongside Bourne's own children.

"Cleaning out the garage, mowing the lawn, trimming hedges, cleaning windows, vacuuming, a true janitor," Winton joked. "It built character, definitely, and a great respect for the working force."

"It wasn't what all you did, it was how you did it and the quality of time that you gave him," Bourne said. "Cutting grass, trees, whatever was necessary that we had to do, we did it together."

They did everything together from eating out to learning about photography, even the latest technology.

"He also had one of the first car phones. To see a car have a phone in it with a cord, it was pretty neat as a kid," Winton laughed.

To this day, most holidays and birthdays are spent together.

Winton is now passing on the values he learned to his children and grandchildren.

"They speak of things as adults that I taught them as kids that I still share with them that I learned from Beal," Winton said.

Bourne hopes other black men step up to help young people like Leonard looking for a positive male role model.

"The need for black males is very urgent," Bourne said. "Our young guys could be positive figures if they have someone positive to help them. They just need a person out there to show interest in them."

"There can't be anything greater to change a person's life like Big Brothers Big Sisters did for me," said Winton. "The program and Beal redirected my path to this day. It's been a good one."