William, a sports fanatic, and Kesling, a veteran sports broadcaster, were the perfect match. 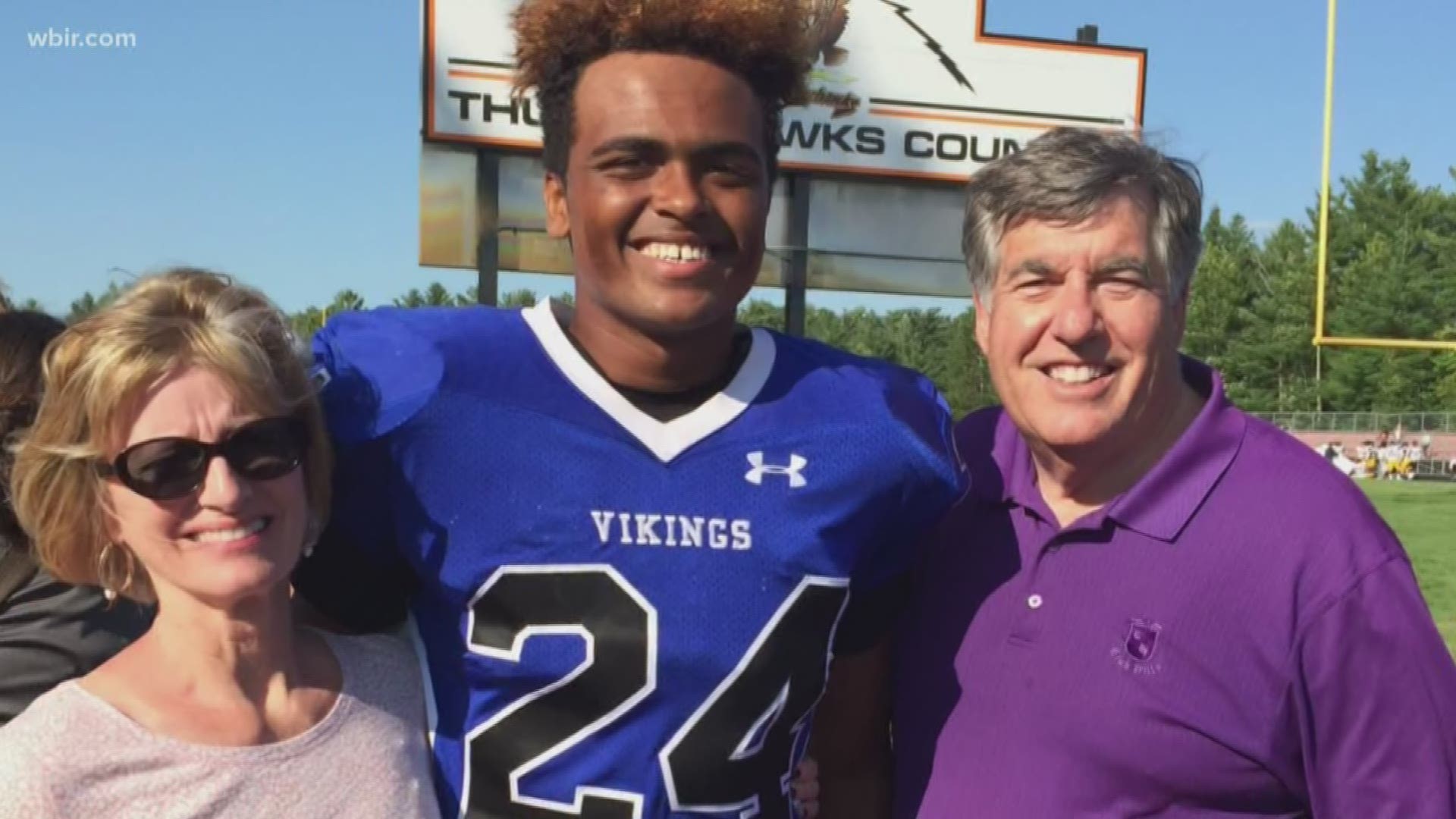 "Hey, Will. Do you remember the first time we met?" Kesling asked.

"You pulled up to the house. You parked over at the laundromat because there were three cars in the driveway," William said. "Big Brothers Big Sisters didn't tell us that you were the 'Voice of the Vols'. They told us you were a science teacher at the University of Tennessee, and I thought, 'A science teacher? How did I match with a science teacher? I know nothing about science.'"

William was in middle school back then and looking for a male role model.

The two were matched through Big Brothers Big Sisters of East Tennessee.

From then on the two spent every week together going to games and doing homework.

William, a sports fanatic, and Kesling, a veteran sports broadcaster, were the perfect match.

Kesling even came up with a nickname for William.

"Will the Thrill," Kesling smiled. "Because he's a thrill a minute. He's got a great personality."

Kesling mentored William on and off the field while helping him get his grades up.

"I remember one time out on the football practice field and Eric Berry was out there and Eric came over, and they start playing catch, and just to see his face, he said, 'I'm playing catch with Eric Berry! This is unbelievable!'" Kesling recalled.

"I went from a below-average childhood to an above-average childhood because of things like going to college football halls of fame to meeting people I never thought I'd meet who influenced and changed my life," William said.

"I think life in West Knoxville is much different than life in East Knoxville, and I think it would be nice if people from both sides of Magnolia could see what the other people are dealing with in our community, and it helped me a lot," he said.

William enlisted in the Navy after college and married his high school sweetheart.

Kesling was there every step of the way.

"To see him in his uniform and to see him standing up straight, yes sir, no sir, he was like a changed guy," he said.

William is now stationed in San Diego and recently returned home from a seven-month deployment.

But the two still make time for each other no matter how far apart.

"Every kid needs a friend like Bob," William said. "When there's somebody like that who is willing to take time out of their day to say hey you're not just any other kid, you can be anything you want and I'll always be here for you, just knowing that you can have that person by your side that's literally just a phone call away and will put you into his family and barely knows you, it's a pretty cool deal."

"It's just really been a great story, and we're just awfully proud of him," Kesling said.

More than 100 children are currently on the waiting list for mentors with Big Brothers Big Sisters of East Tennessee.