Dameon Berry has utilized a wheelchair for 16 years. The new ride awarded to him allows him to pursue his passions with ease. 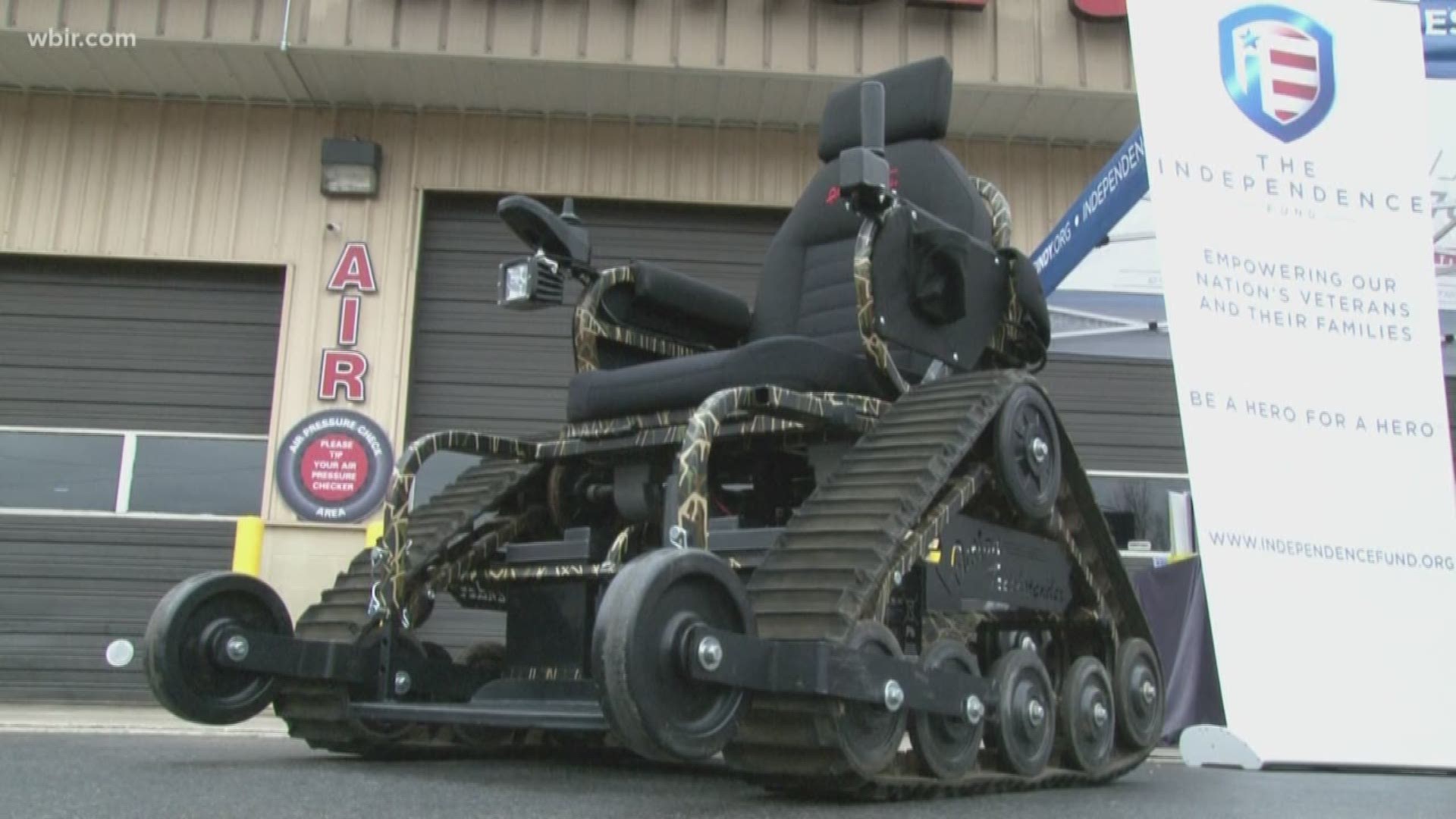 Dameon Berry fought for our freedom, and now he gets a little bit of his freedom back. The Independence Fund awarded Berry a customized Action Track chair on Saturday morning.

The Independence Fund is a national veteran nonprofit that focuses on catastrophically injured veterans and their families. Awarding customized track chairs is one of the many things they are able to do to help veterans in need.

Sam Johnson is the Chief Programs Officer for the Independence Fund and says these customized track chairs allow veterans to get back to what they love doing outdoors.

“So before these heroes had their injuries, their wounds or their illnesses, they were always outside, always doing the things that we like to do whether it’s hiking, fishing, hunting, going to the beach, you name it,” Johnson explained.  "What this allows them to do is get back in the outdoors and re-do all those things they did before their injuries."

Dameon Berry was a staff sergeant in the Army, and six months after he returned from Afghanistan, he was involved in a motorcycle crash-- leaving him paralyzed at 24.

"I was pretty shocked," Berry admitted. "I came back from Afghanistan without a scratch on me and 6 months later I'm in a motorcycle wreck. They gave me an hour to live on the scene. This guy that thought he was 10-feet-tall and bullet proof and then come back and can't walk, can't move, had to be spoon-fed, so it's a big step."

A step he knew wouldn't keep him parked forever.

"So I definitely thought I'm way too young just to lay down and give up, so I just kept pushing harder and just living life," Berry exclaimed.

Now Berry has a family, trains dogs through his business East Tennessee K9, and owns a farm. The track chair allows him to do everything so much easier.

"I didn't expect to be able to handle it in so much mud we've had in East Tennessee lately but it's super in the mud," Berry said. "My kids love it too. My daughter rides on the back and my son rides in my lap."

Now that he's done being stuck in the mud, he's gained the independence he fought for.

Since the Independence Fund began in 2007, they have given out over 2,350 of the All-Terrain Track chairs.

Veterans are able to apply for services through the Independence Fund through their online system.

The fund is able give veterans and their families the devices they need through generous donations and organizations like Tire Pros.

The Independence Fund also has other programs they are able to help veterans through: Adaptive Sports, the Robust Caregiver Program, the Family Program and Operation Resiliency.