KPD said it has responded to at least two reported situations in the past week, where an individual has refused to wear a mask. 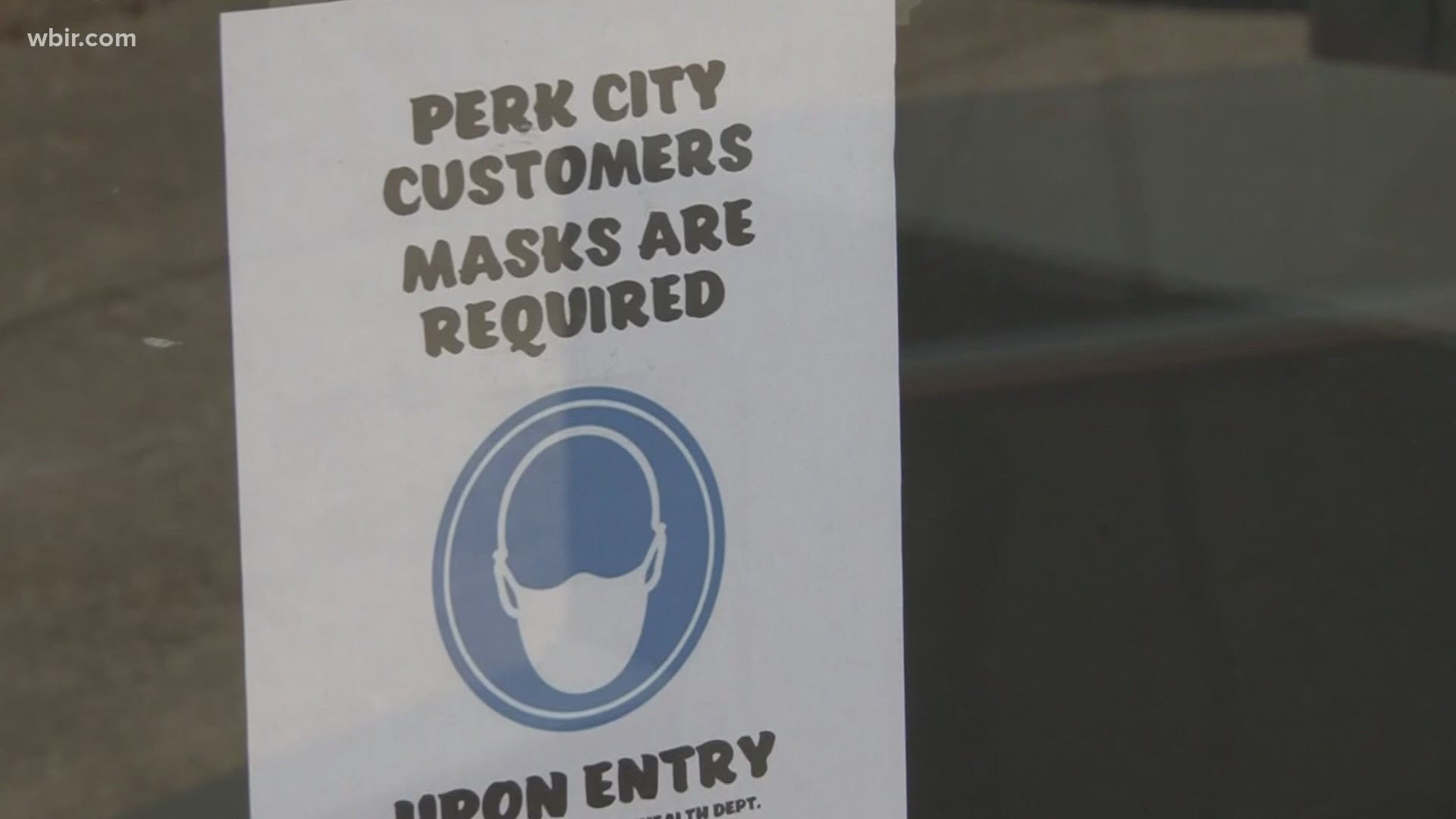 KNOX COUNTY, Tenn. — It's been one week since Knox County's mask mandate went into effect for indoor public spaces.

"What I want to see is that we give them a mask. If they don't have one we give them, I don't want to get into arguments," said Knox Co. Health Board member Dr. Patrick O'Brien. "That's not what we want to do. We want to have people from Knox County look out for each other."

After just one day of the mandate, businesses said not everyone was on board and some customers are not happy about having to wear masks.

Many stores and restaurants are working to get disposable masks so they don't have to turn people away for not having them.

Since the order went into effect last week, officers were called to help in at least two reported situations.

One on July 3, police were called to an Xfinity store on Kingston Pike, when the manager reported that a man was refusing to follow the store's mask policy.

According to a report, an officer arrived and tried to explain to the man that the store has the right to refuse service to individuals who do not comply with the store's policy.

The man refused a mask and walked out of the store at the request of the officer, KPD said.

Knoxville Police also responded to a situation on July 5.

KPD said a man was arrested after he allegedly threatened a KAT bus driver with a box cutter after she asked him to put on a mask.

10News has also reached out to the Knox County Sheriff's Office to see if they've received similar reports, but we have not heard back yet.

RELATED: VIDEO: Man threatens KAT bus driver with box cutter after she asked him to put on a mask

RELATED: "It would be a sign of strength": Sen. Alexander calls on President Trump to wear mask to end political stigma

RELATED: Does your East TN county require a mask?