Midazolam, vecuronium bromide and potassium chloride are used for lethal injection in Tennessee and other states. 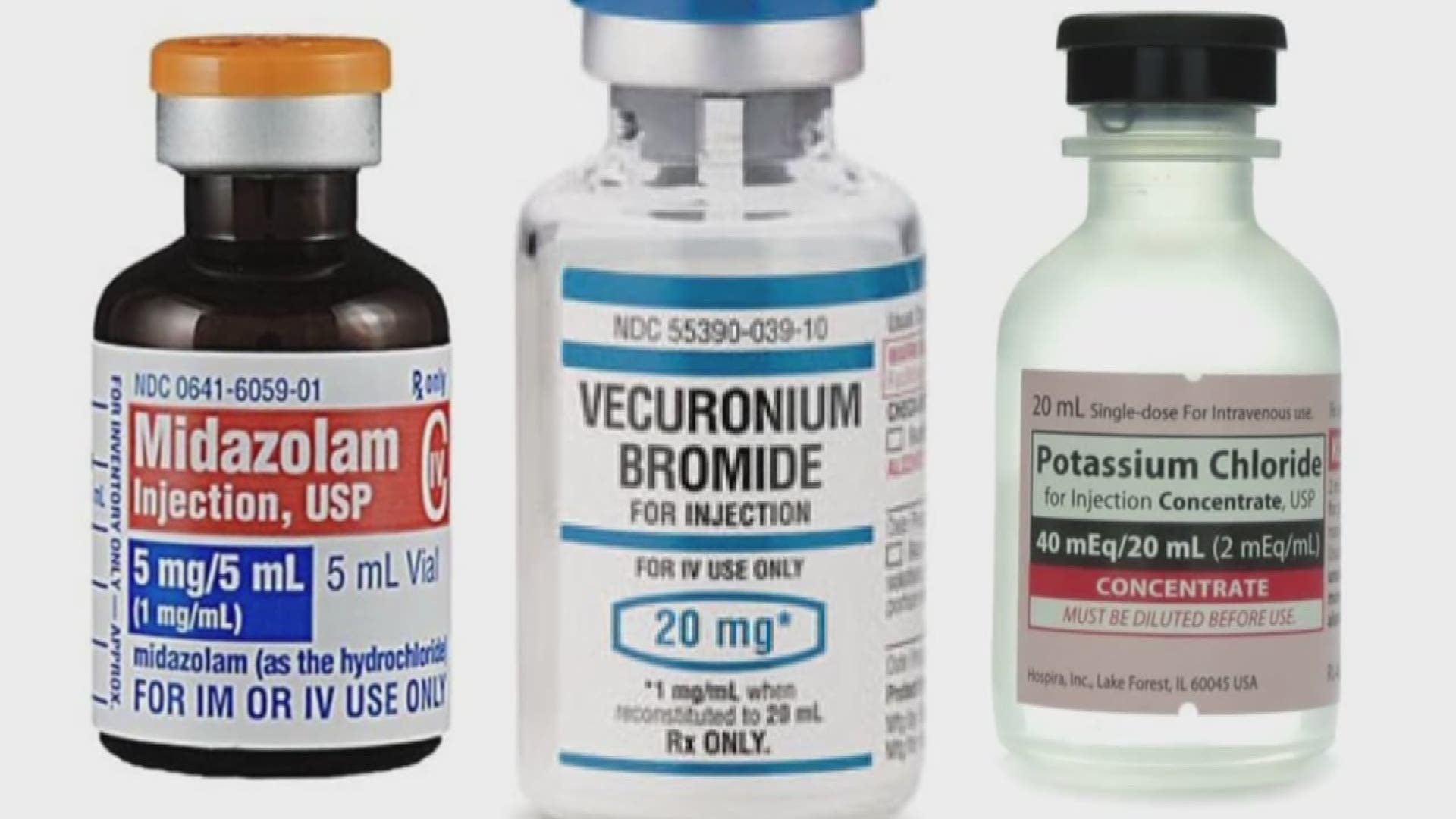 Following the execution of Billy Ray Irick, many had questions about the lethal injection drug cocktail used to kill him, and if he felt pain in his final moments.

Midazolam, vecuronium bromide and potassium chloride are the three drugs administered in lethal injection executions in Tennessee and other states.

Separately, they're drugs commonly used in hospitals, often before surgeries.

"These drugs, when used in the proper setting at the proper doses, have helped a lot of of patients," said pharmacist Josh Gass with Belew Drugs. "This is just a different setting, a different context."

The three drug cocktail was used to kill Irick in about 20 minutes on Thursday night.

Midazolam, a sedative, was used first.

"Administering it directly into the blood stream, we're going to get a pretty fast effect," said Gass. "So you would see some sedative effects pretty quickly."

The addition of midazolam is new to Tennessee, and controversy continues to surround the effectiveness of the drug.

Irick was one of 33 death row inmates who challenged the constitutional use of the drug, under fear of its use as a sedative effective. Attorneys for the inmates claim people can still feel pain while on midazolam.

"If they were completely sedated to the point where they were unconscious it would look just like they're sleeping," said Gass.

Discussion on the use of this drug will continue even after Irick's execution, with Tennessee's next death row execution scheduled for October.

"Including the respiratory muscles, which will eventually stop the lungs."

Lastly, potassium chloride is administered in a dose large enough to stop the heart.

Gass said your heart needs a delicate balance of potassium to function.

"In this situation we're overloading the heart with potassium which is eventually going to kill off the heart," he said.

All these drugs are used safely in hospitals all the time, though.

Midazolam and vecuronium bromide are often used in surgery as anesthetics.

Gass said they're all extremely effective, and if the drugs worked properly -- Irick would not have felt pain and any noises or movement would have been involuntary under sedation.