A Facebook post had people wondering why their bills showed they were using significantly more water and electricity in recent months. 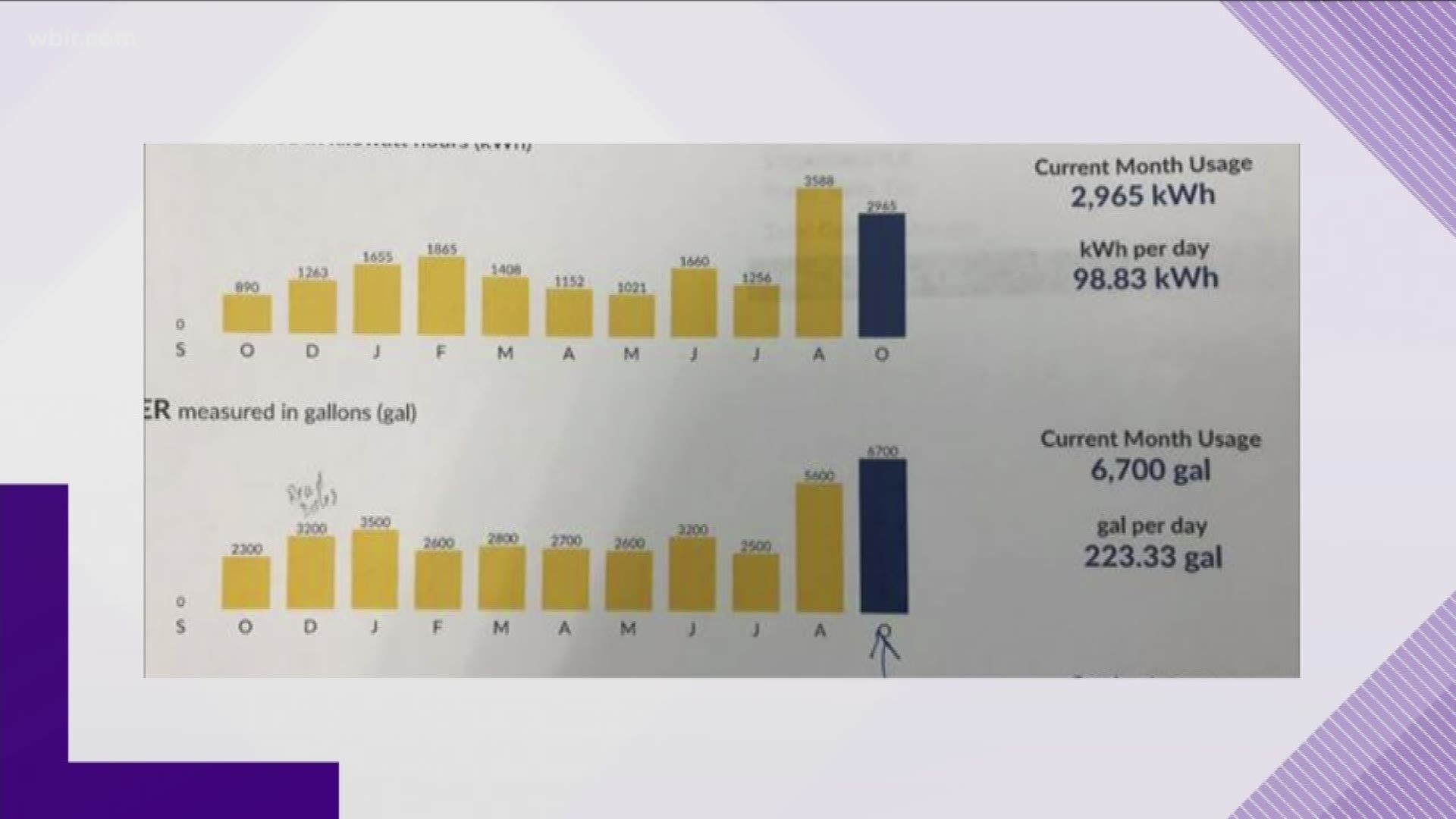 MARYVILLE, Tenn. — Some people in Maryville are concerned because their utility bills showed they used significantly more water in August and October than in July or the year prior.

This picture was posted on Facebook, and dozens of people agreed that they're bills looked the same way:

The chart shows a big jump in the amount of water used in  August and October compared to July. Some people in the comments agreed that it looks like they used almost twice or three times as much water in that month.

We reached out to the City of Maryville. It said the amount of water used in October and August seems much higher because the utility meters weren't read in September at all. You can see in the reading graph that the month of September is absent -- August skips ahead to October.

Instead, the meters were read on August 30 and again on October 1 -- so what would have been September's reading for water and electric was effectively split from August and October.

So, did customers still get a bill in September? The city of Maryville said yes. The bill for September is based on the last reading they took.

Some people wondered in the Facebook comments if they could be getting double-billed in October. Maryville said no. The amount customers pay should stay the same despite the meter reading schedule. The city said there is a more descriptive break-down of utility bills on the back on the bill.

The city also said it recently hired a new company to send their bill statements, which could contribute to the confusion.

RELATED: 10Listens: Here's why we don't know much about the baby who died in a hot car

RELATED: 10Listens: Is it legal to sell guns on Facebook Marketplace?

The City of Maryville said they encourage anyone who is concerned about their bill to call the Customer Service Department.