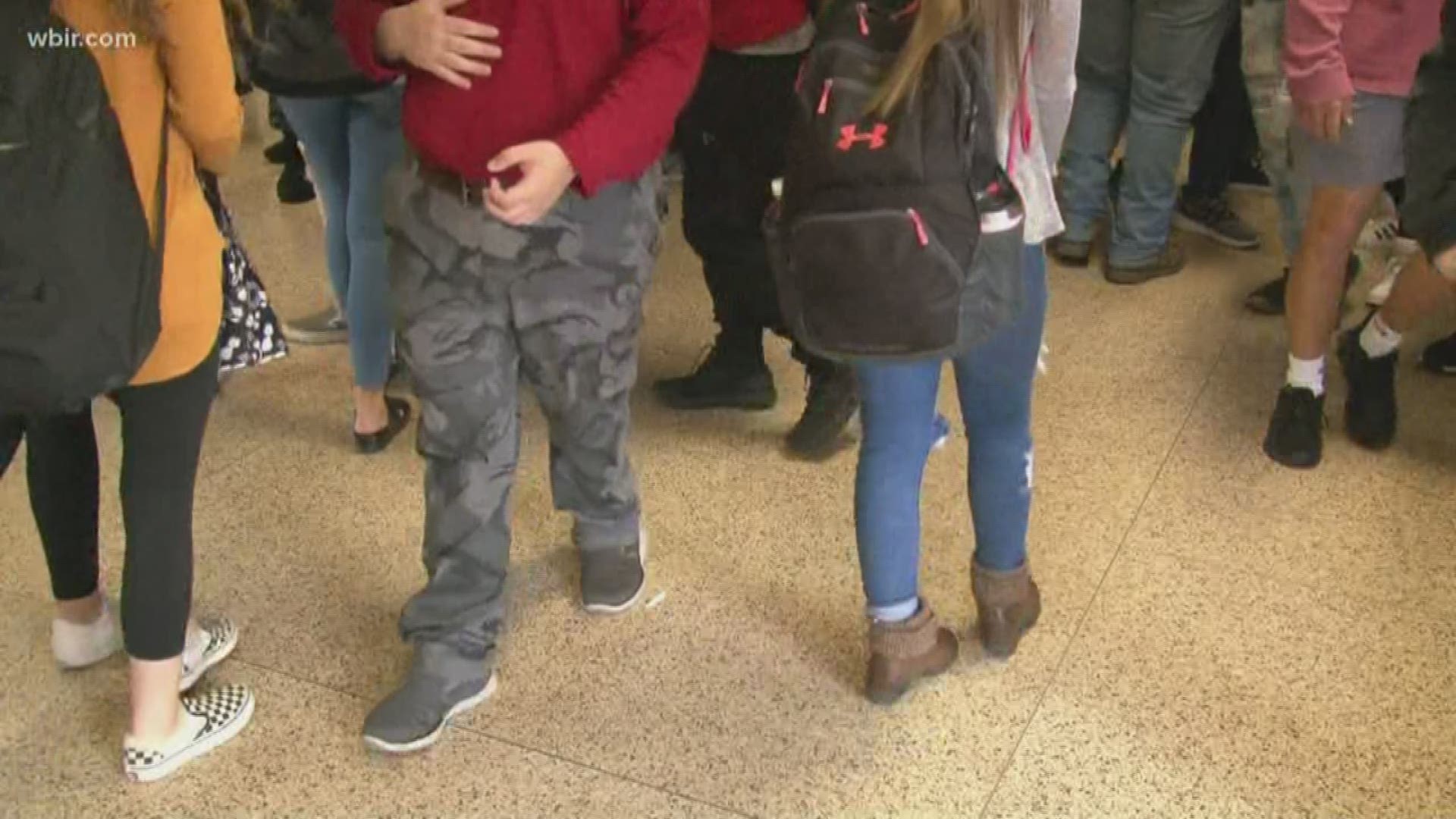 BLOUNT COUNTY, Tenn. — People in Blount County are wondering if their school system will be rezoning or closing schools.

This comes after discussion about the district's enrollment and capacity at an education committee meeting earlier this week.

Two Blount County schools are above capacity. Those are Heritage Middle School and Heritage High School.

The district's remaining 19 schools are well below capacity.

The topic came up at a Blount County Education Committee meeting earlier this week reviewing capacity numbers in the district.

"We look forward to having a whole lot more students in the future and so I think we're well positioned for some growth," said Britt.

Heritage Middle School and Heritage High School are over capacity. The other 19 schools are well below it.

There are plans in the works to fix that.

"We're going to take one of our middle schools that is under capacity and we're gonna move into a concept of a college and career academy there," said Britt.

That would turn Eagleton Middle School into a new academy encompassing grades six through twelve.

"Those students who leave Eagleton Middle School after 8th grade go on to Heritage High School and that's our high school that actually is over capacity so by doing this we'll be keeping those students there in their community," said Britt.

Britt said that should help with crowding at Heritage, maybe even allowing them to stop using portable classrooms.

But for now, that doesn't mean rezoning students

"If down the road, and that's a big 'if,' I don't know that we would do any type of redistricting... We would be letting folks know long, long ahead of time," said Britt.

He said no changes will be coming in those regards ahead of or during the 2020-2021 school year.

Britt reiterated there's been no formal conversation about consolidating, closing or re-zoning schools.

The Eagleton Middle School expansion to include high schoolers is still in the works but could begin phasing in new students as early as next school year. It has not been approved by the school board.