The city says it will be a clean, managed space where people can find resources, but it will close at night. 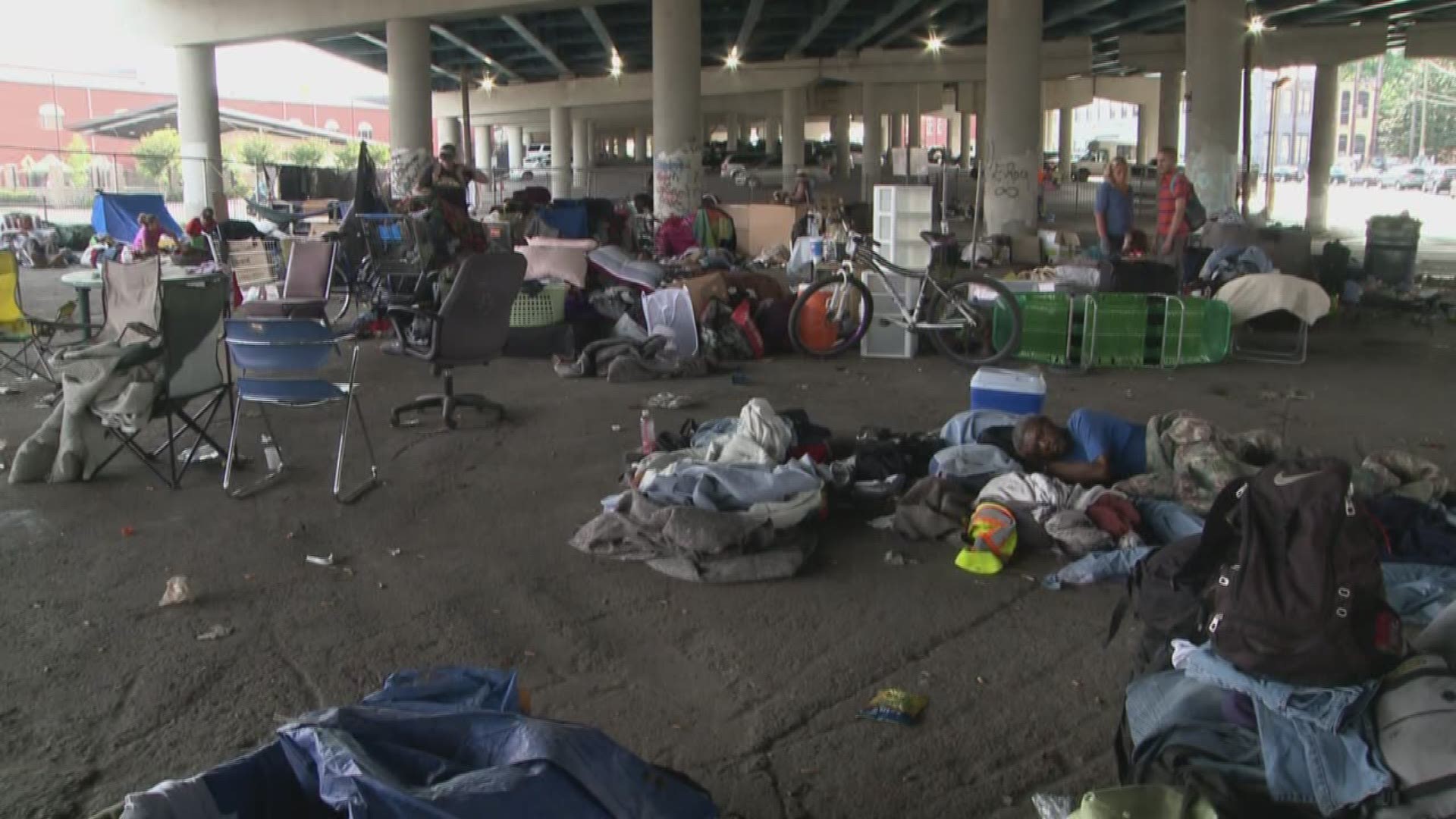 Soon Knoxville's homeless can gather in a designated day space set aside by the city.

Crews are finishing up construction on a courtyard located under the I-40 bridge at Broadway near downtown Knoxville. The city is hoping it will be opened by the first week of December.

"Somebody who is experiencing homelessness and doesn't feel yet that they have a place they can go, they can at least go there," Knoxville Office on Homelessness manager Michael Dunthorn said.

The city says it will be a clean, managed space where people can find resources, but it will close at night.

We hosted a Facebook live roundtable of experts on Tuesday to talk about the new day space and how the city is working to help the area's homeless, and our viewers had a lot of questions.

Where will they go at night?

Outreach workers say they can come to nearby shelters.

"Shelter is available for all those who are in need of shelter," KARM Vice President of Programs Cynthia Russell said. "We have different agencies who have outreach teams who go out and engage those folks that are out on the streets to try to get them to come inside."

The city says it dedicated $500,000 to address homelessness in this area.

What is Knoxville doing to provide transitional or supportive housing for the homeless population?

The city says it's working on that too, with more than 500 affordable housing units in the pipeline.

"We're working on all of these things at once to try to solve these problems," Dunthorn said.

Outreach and city workers say homelessness is a complex problem, but things like the day space are small steps that can help.

"Probably 6 months from now we'll be talking about a new space some place," said Dr. Roger Nooe. "I don't think that can let us give up, but it really underscores the need to continue to do outreach."

According to a 2017 HMIS study, almost 9,000 people reported homelessness in Knox County.

Here you can find a link to resources and a more in-depth look at homelessness in Knoxville.