10Listens: How long should new parents have with their newborns before going back to work?

Viewers on the WBIR Facebook page took sides on if the law should mandate that companies must provide paid family leave for new parents. 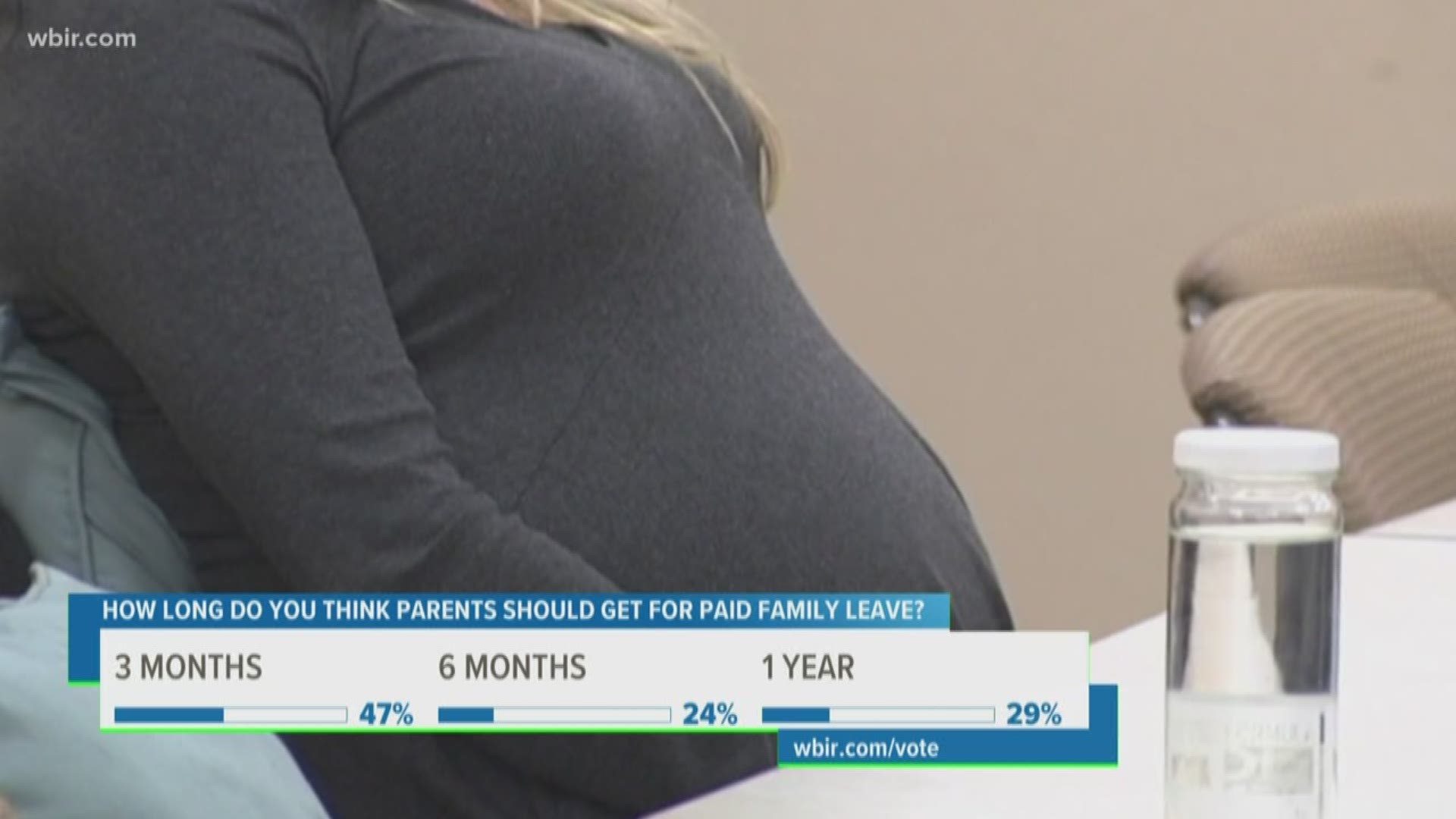 The story has hundreds of comments on the WBIR Facebook page.

Matt Caddel asked why an employer should be forced to pay for three months of wages to someone who has a child.

Carlene Steenkamp said businesses should not be financially responsible for an individual's choice to procreate.

On the other side of the argument, Beth Robertson said the U.S. should at least catch up with the rest of the world.

Celina Vollick said she cried the first day back at work.

Kori Daniel is hoping to be a mother soon.

"I definitely agree that more time is needed," Daniel said.

She said she's worried about how much time new parents get.

"Sometimes the mothers are given some time, but the fathers generally go back after two or four weeks," Daniel said. "And it really takes a village, as they say. And it's a life-altering change, a blessing, but it's the hardest anyone's going to have to work is to raise a child, and you don't want to do that alone."

Ashley Jones with Human Resources at Pilot said it's worth it to the travel center giant to make sure its employees are happy.

Jones said she hopes other companies will look at Pilot's example and consider investing their team members' parental leave.