Branda Melinn's daughter, Makinna, would have graduated in 2021. She fought for her daughter to get a spot in the yearbook and wants other families to have the same. 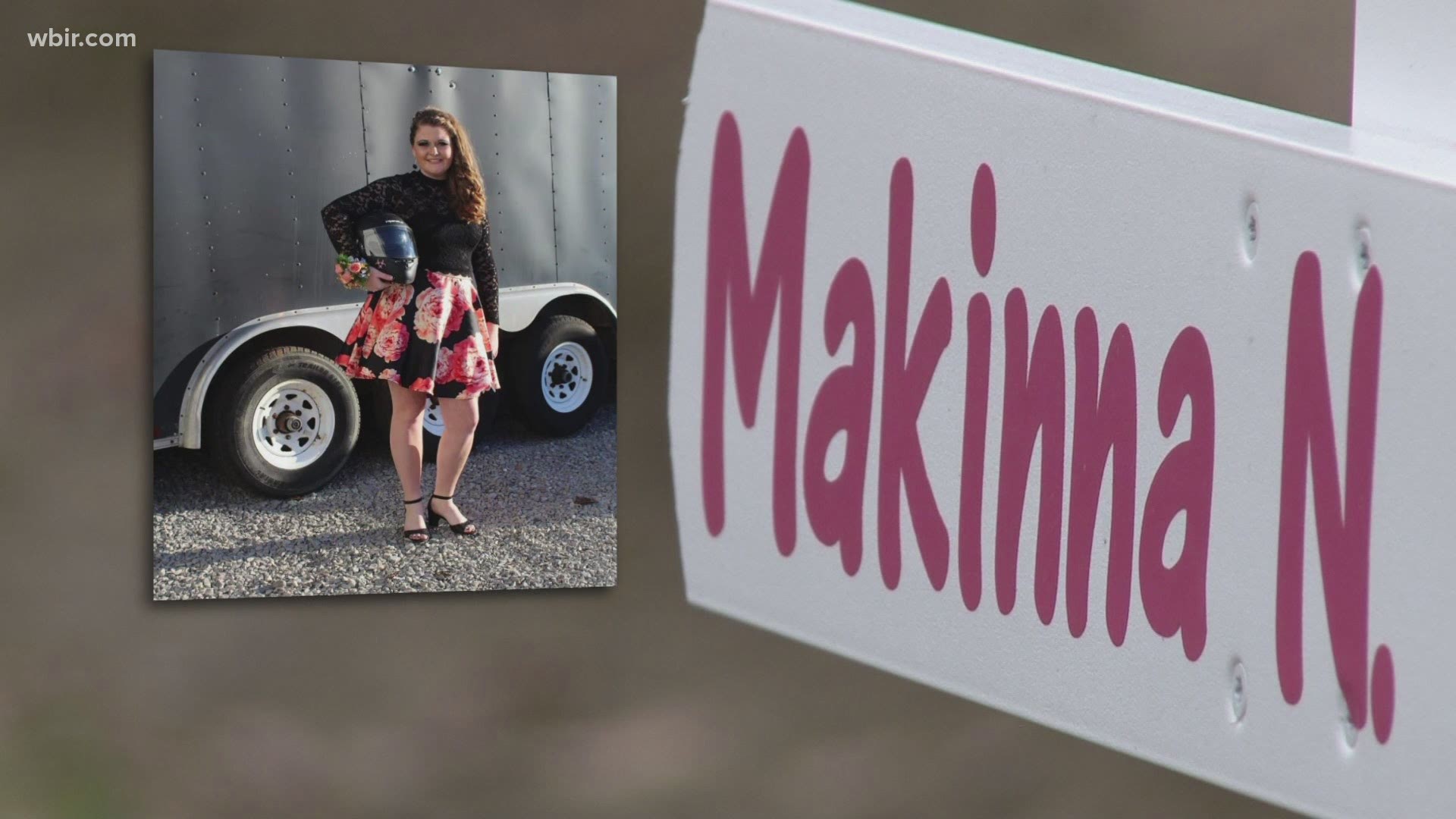 JEFFERSON COUNTY, Tenn. — There will be an ad in the yearbook to remember Makinna Smith in 2021, but her mom is fighting to make sure all deceased students are afforded the same right.

A wooden cross on the side of a Dandridge Highway is a stark reminder for Branda Melinn.

"She would have been graduating from high school, it would have been her senior year and of course her big 18th birthday and a big milestone year for sure," Melinn nodded.

Her daughter Makinna's life was cut short last August after a car crash. She would have been in the Jefferson County High School class of 2021.

"Just because she passed away doesn't mean she's forgotten as a student body," Melinn said.

RELATED: Mom and dad remember their 'ray of sunshine' after losing teen daughter in a Jefferson County crash

The Parton family reached out to Melinn earlier this year, wanting to put a page in the yearbook to honor Smith's life. Smith was heavily involved in groups and activities in high school before she passed. She was in JROTC, Chorus, was a drag racer and competed in PowderPuff Football.

Melinn said when the Parton family originally made the request to buy a "senior salute" ad for Smith, the school told them no.

After many posts on social media and calls and messages from the community to the central office, the Jefferson County School District said the issue was resolved and was "confusion over a procedure concerning memorials."

The director of schools, Dr. Shane Johnston said, "The district works to avoid memorials that create a disruption or that make one student/staff member's death seem more important than others. In some cases, individuals take their own life and the district doesn’t want to  memorialize this to the point that someone else gains courage and follows the deceased person’s decision to end their own life."

Johnston said in an email since Smith's page would be more of an "ad" or a purchased "senior salute," the family would be able to make and submit the page after all.

"You know, it would just bring a little bit of comfort to us to be able to have something to look back and know that she's remembered," Melinn said. "It would bring a sense of peace."

Melinn wants the issue overturned. She feels all families who have lost an enrolled student should be offered a memorial page in the yearbook at no cost.

"This is just really unnecessary pain that the family has to go through," Melinn said.

Melinn explained that she is so grateful for the community's support through the situation, but doesn't want her daughter to be an exception. She would love to see the rule overturned in honor of Smith, who "loved and cared for everyone."

RELATED: How a grieving mother is honoring her daughter during the first holiday season without her