Many people have said that investing in public safety makes more sense than investing in a new stadium in downtown Knoxville. 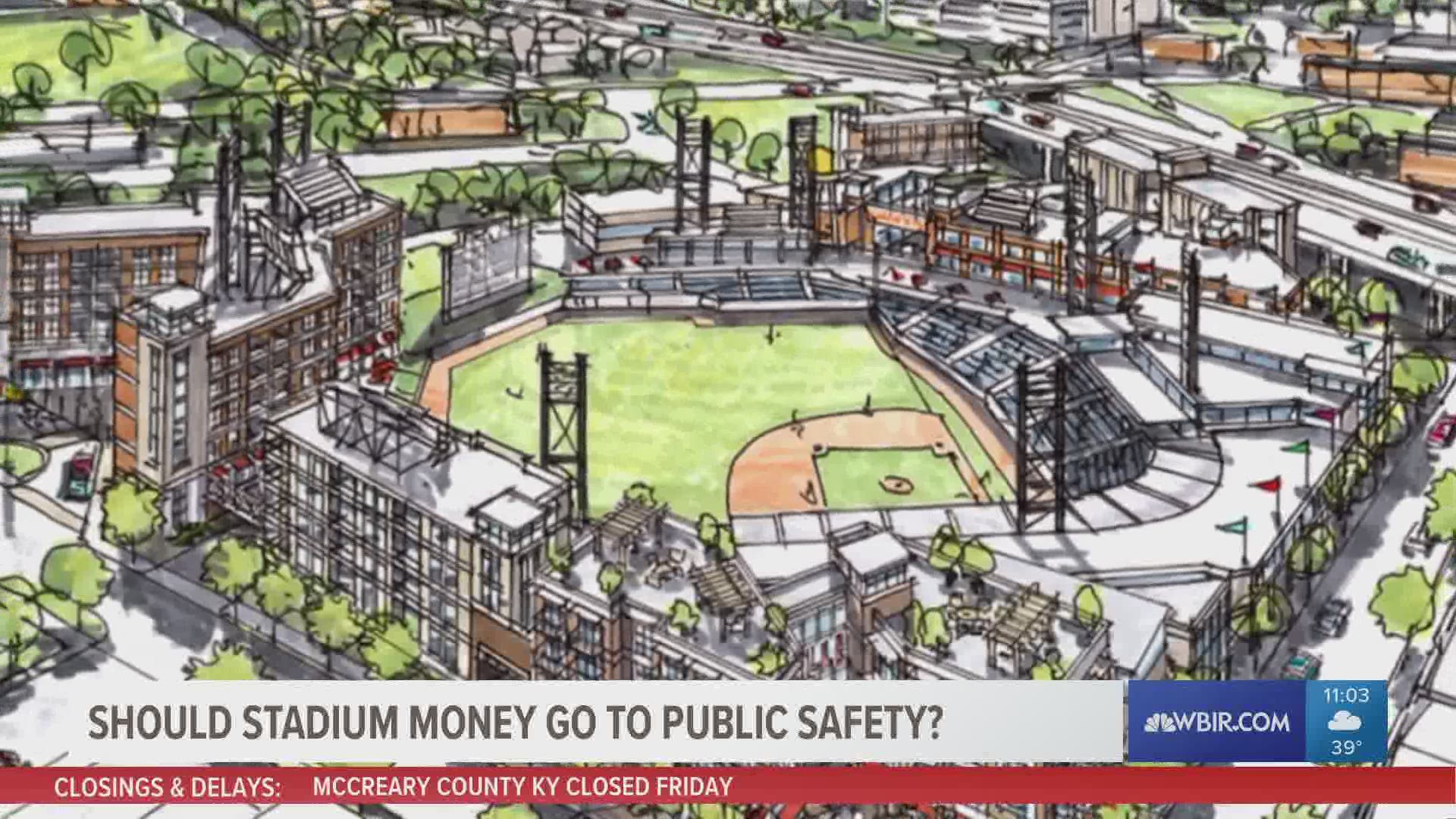 KNOXVILLE, Tenn. — Viewers and readers have said that it makes more sense for Knoxville leaders to invest in public safety instead of building a new baseball stadium in the downtown area.

Developers plan to bring $140 million in private money to a downtown stadium project. However, they are calling on city and county leaders to contribute around $65 million in taxpayer bonds, as well as up to $20 million for improvements to the infrastructure around the site.

A sports authority created by county and city leaders would oversee the project, and it would issue bonds to help pay for the stadium. By issuing the bonds, they would create debt that the developers would need to pay back over around 25-30 years.

In essence, the city and county expect to recoup the money it puts towards the stadium in the long-term.

Construction could start this year. Randy Boyd, who proposed the idea for the stadium, has said it is possible that baseball could be played in the stadium in 2023.