Driving You Crazy: Cumberland Avenue construction near the University of Tennessee. Again.

Over the next several months crews will install new traffic signals, lighting fixtures, and enhanced crosswalks. 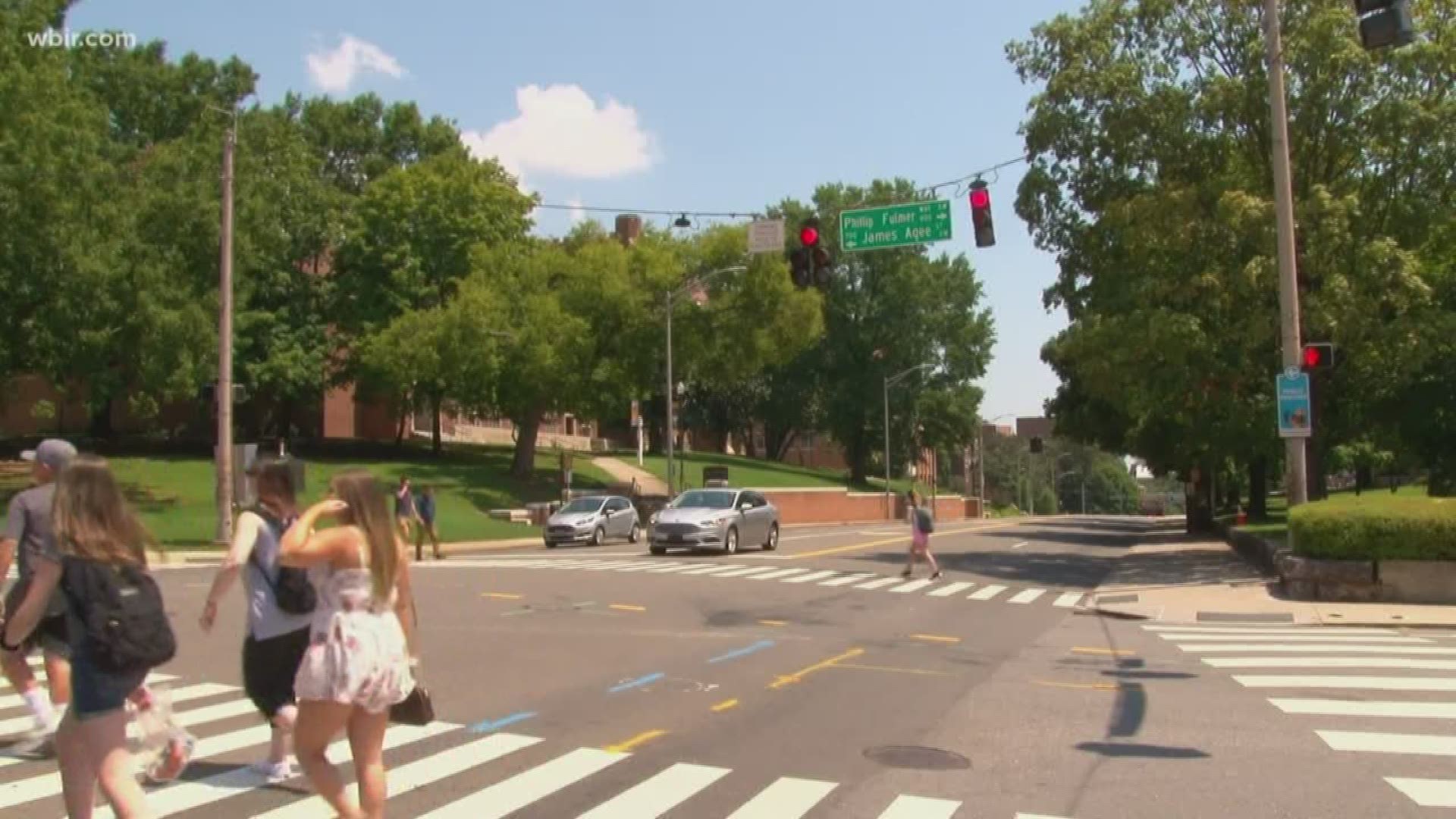 Work began on July 29th. The nearly $1.4 million-dollar project is a partnership between the city of Knoxville and the University of Tennessee.

“We are extending the look that we saw on the western side of Cumberland Avenue,” said Director of Engineering Jim Hagerman.

Over the next several months, crews will install new traffic signals, lighting fixtures, and enhanced crosswalks.

“Unlike the rest of Cumberland Avenue, we’re not widening sidewalks, moving curbs, or changing the number of travel lanes,” Hagerman said.

“The western part of the corridor we pretty much ripped the whole street up and re-did all the utilities underneath the road as well,” Hagerman. “It was a major construction project.”

Hagerman says this new project will not be as extensive for students and drivers, especially on game day weekends at UT.

But drivers should keep this in mind--- there may be occasional lane closures on Cumberland Avenue between 16th and 11th streets during the construction project.

Signs will be posted in advance of any lane closures.

The contractor for this new project is Southern Constructors Inc., and it should be completed by winter 2020.