Driving You Crazy Bracket Challenge: What's the worst road in East TN? Vote now in rounds one and two!

For more than a year, dozens of you told us what East Tennessee roads drive you nuts. Now we want to know, what's the worst of the worst. 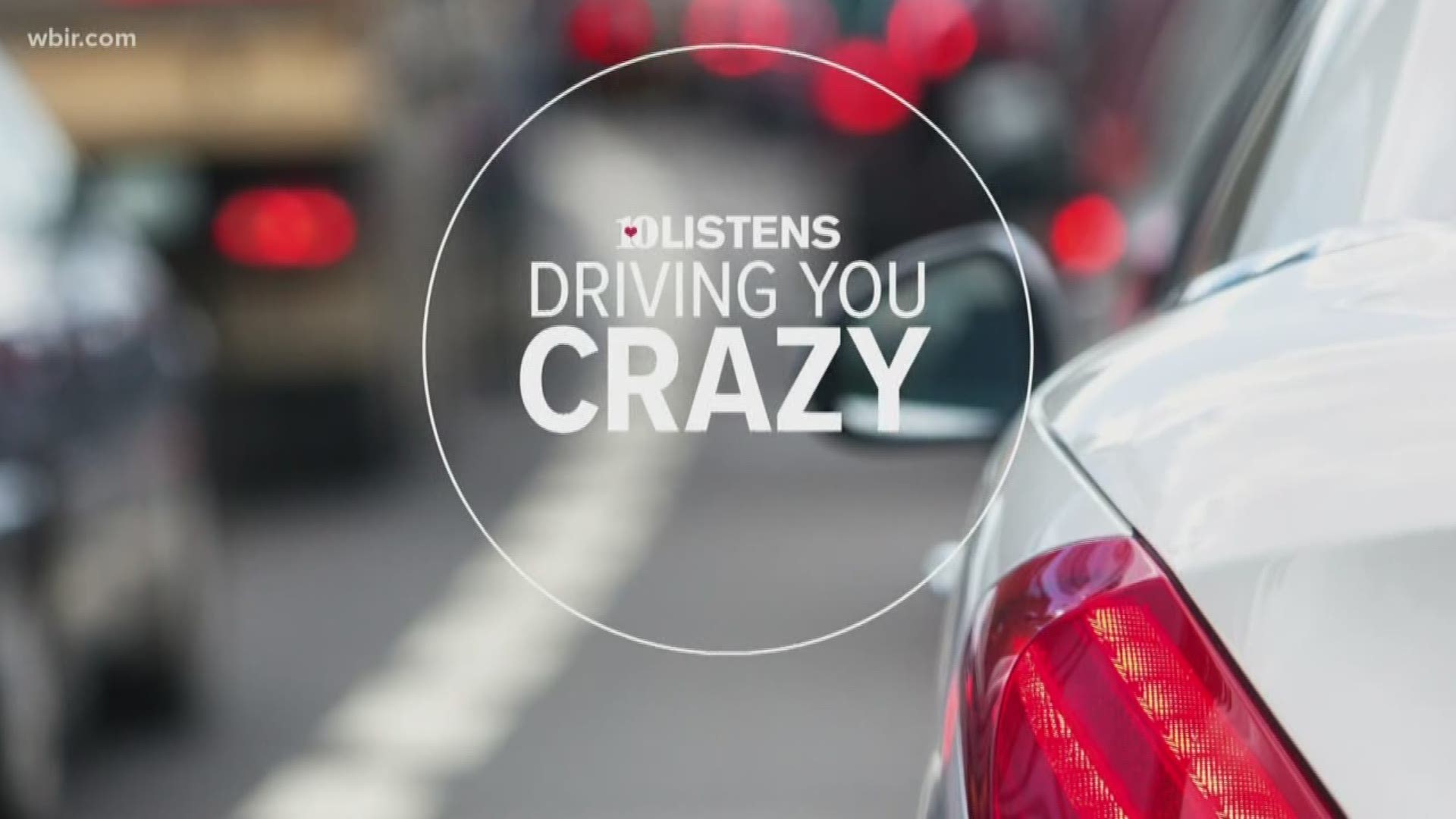 KNOXVILLE, Tenn. — On this Driving You Crazy Monday, we're kicking off a new challenge. For more than a year, dozens of you told us what East Tennessee roads drive you nuts. Now we want to know, what's the worst of the worst?

Each Monday this month, we're pitting the roads you suggested against each other and you will choose the winner. You can vote during the 10News Today starting at 5 a.m. using the WBIR App or just click here.

You can download your brackets by clicking here and start filling them out.

We're kicking things off with 'Construction Chaos', Alcoa Highway versus Highway 321 and US 11.

Driving through a sea of orange cones or moving around lane shifts can boggle down your morning commute. You see it all on Alcoa Highway in Blount and Knox Counties and on Highway 321 and US 11 in Lenoir City.

But which construction project drives you craziest? Let's compare the facts.

First, both projects are with The Tennessee Department of Transportation.
Construction started on Alcoa Highway in 2016 and in 2017 in Lenoir City.

Second, both projects are supposed to make room for more drivers.
In Lenoir City, contractors are expanding the two-lane highway into three. On Alcoa Highway, crews are adding new bridges, ramps, and widening the four-lane roadway.

And last, the biggest difference between the two is the timeline. Improvements on all six phases of Alcoa Highway should wrap up by May 2023. However, the original completion date in Lenoir City came and went. Now crews believe they'll wrap up the project this Spring.

Round two is all about 'Patchy Potholes.'

Potholes. It's hard to drive around them, and most people would rather ride on a road without them.

RELATED: Rain opens potholes on I-640 Friday, between Broadway and I-40 West tie-in

Yet, Tennessee has plenty. So many in fact, that TDOT has crews filling potholes nearly every day around the region. However, it's not cheap. In 2018, TDOT spent $5.2 million filling holes across the state.

That's probably hard to say, but crews are working on it.

Right now, TDOT is filling holes on I-640 in Knoxville. Those repairs should be completed by Feb. 7.

WBIR Channel 10
We know some East Tennessee roads can drive people crazy, but which drives people the craziest? We're finding out in the Driving You Crazy Championships! Between Feb. 3 and Feb. 24, we're ranking...