The second delay in the nearly $13-million project puts crews behind schedule by nearly one year. 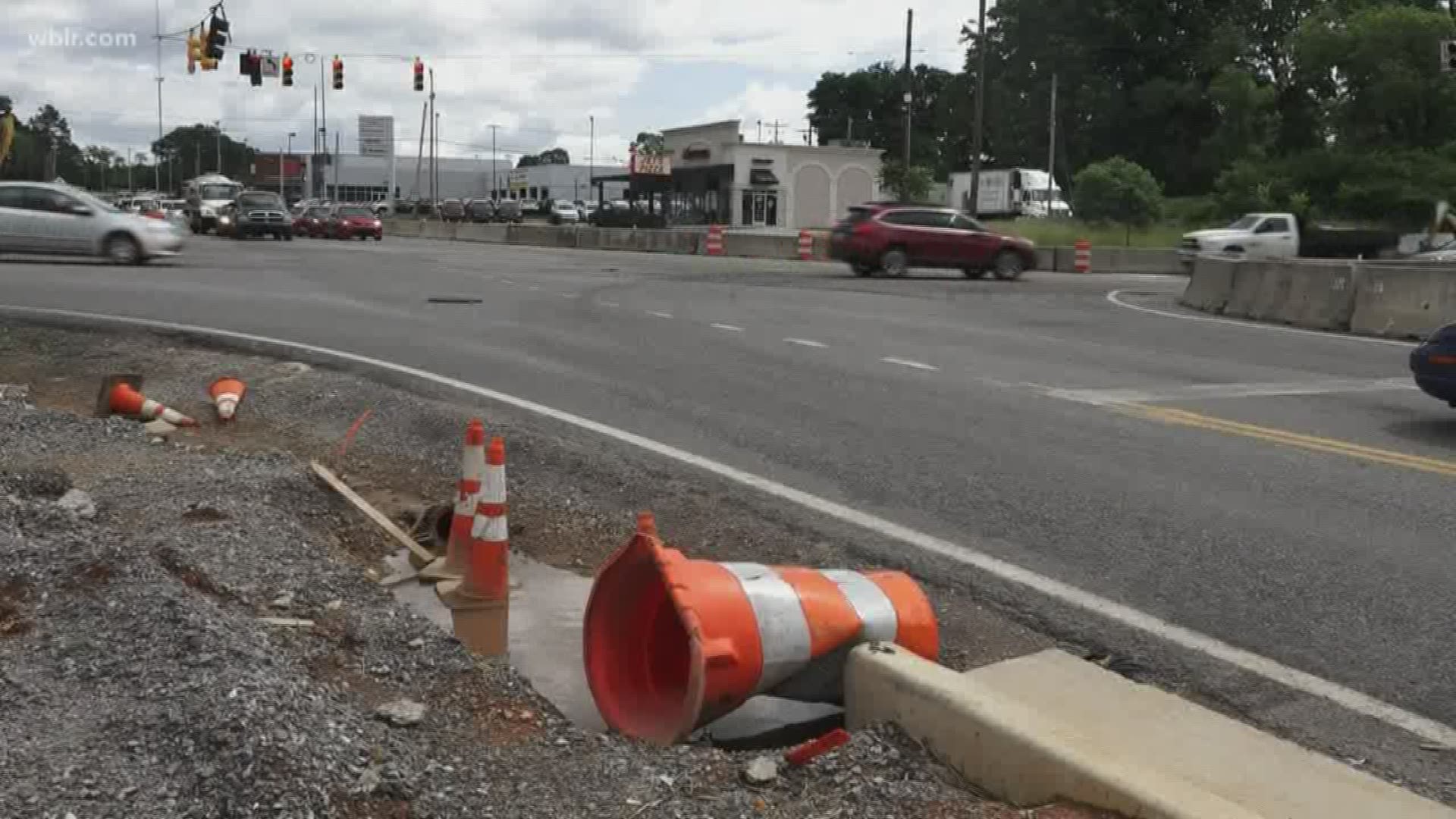 LENOIR CITY, Tenn. — On this Driving You Crazy Monday, 10News is taking a look at a construction project in Lenoir City that still has a long way to go.

There’s going to be a major delay in the work at the intersection of Highway 321 and Highway 11, according to the Tennessee Department of Transportation.

“Realistically, it looks like this project will probably be fully completed in late Spring or early Summer 2020,” a written statement from TDOT spokesperson Mark Nagi said.

That’s nearly a year behind schedule and the second delay in this nearly $13-million project.

But an initial delay pushed the project back to September 2019.

Now, the contractor will likely need another extension for the same reason as the first-- a delay caused by AT&T.

“AT&T has not finished with the installation, testing, or activating of new fiber optic line under US 321," a written statement from TDOT said. "This has slowed down construction of the project within the intersection.”

Even though work has been limited for this reason, TDOT said concrete work and paving is still underway on the other 1.3 miles of the project.

10News did reach out to Lenoir City leaders about this project.

City Administrator Amber Scott said she was “not made aware of this recent delay,” and added that the city had “no new statements” to make at the time of publication.

Do you have a roadway or construction project that's driving you crazy? Send us an email at drivingyoucrazy@wbir.com.