Driving You Crazy: Potholes on I-640

Dozens of potholes line just the stretch of I-640 near Broadway and Washington Pike. 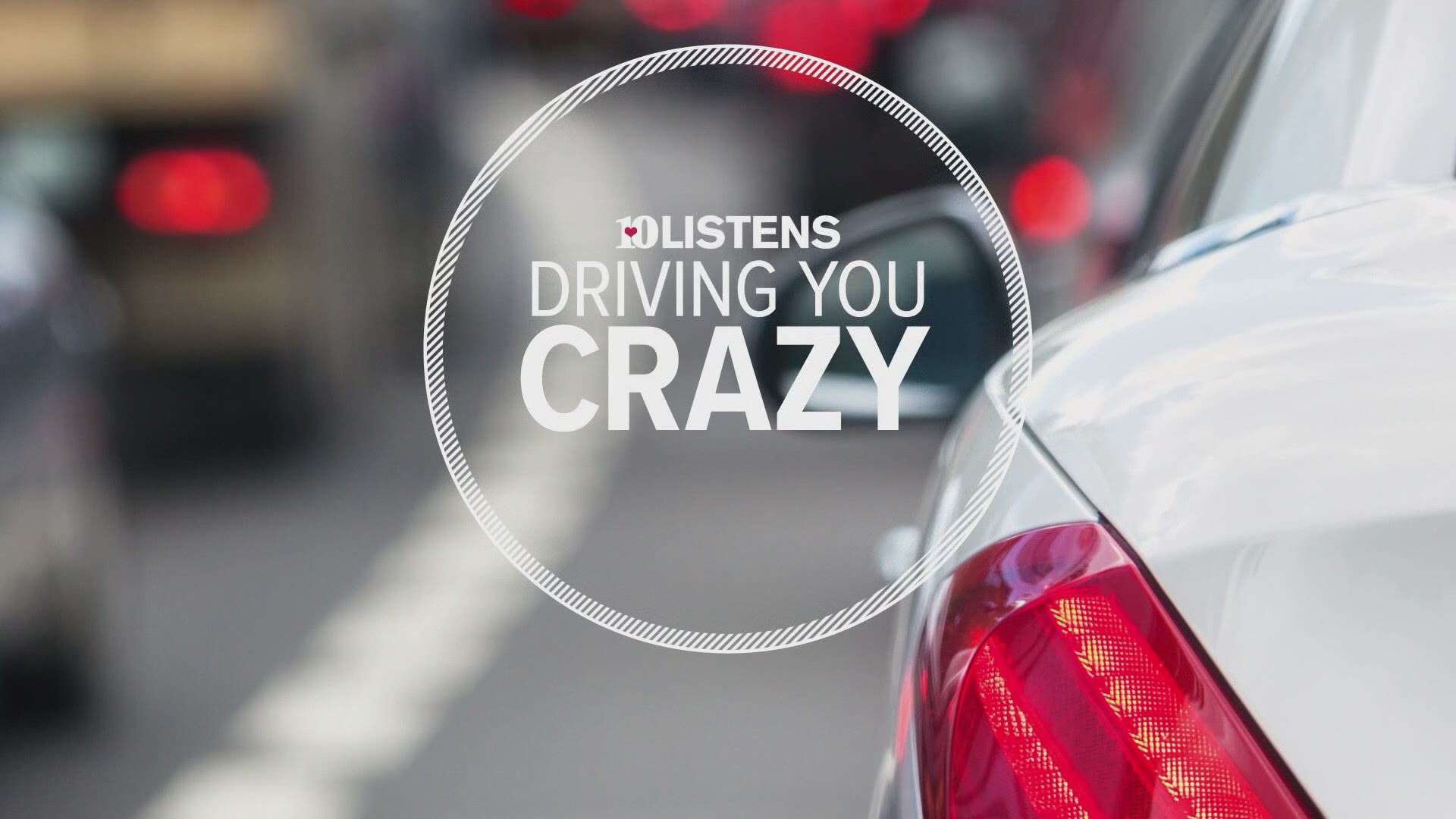 KNOXVILLE, Tenn. — Potholes are a dime a dozen on I-640 in Knoxville and they're causing problems, according to the drivers who deal with them daily.

10News has received multiple emails about the problem on the stretch of road, with drivers hoping to bring some light to the issue.

"I drive I-640 every day, and cannot believe they haven't fixed it yet," an email from viewer Karen Rohde said. "I actually have to straddle the lanes and weave around the horrible patch jobs."

It’s a familiar problem for driver Jerry Mashek as well.

"We're on it more than we'd like, I'll tell you that," he said. "I'd say anywhere from four to six times, almost every day.”

Dozens of potholes line just the stretch of I-640 near Broadway and Washington Pike.

"What we've noticed is the deterioration in the last couple of years,” Mashek said. “If they're deteriorating now, I'd like to know how soon they're going to repave."

The Tennessee Department of Transportation is responsible for maintaining the roadway. Right now, crews are working on the I-640 Interchange at Broadway.

According to TDOT spokesperson Mark Nagi, that project includes building new bridges, retaining walls and paving the interstate. Some of which we've seen over the last few months.

“They have,” Mashek said. “But our prayer was that they come up this way [going towards Broadway.]”

According to Nagi, this area is not in the agency's current plans to resurface.

Crews are planning to resurface only the eastern end of I-640 to the Broadway exits in 2021.

That's leaving drivers like Mashek still looking for relief from the constant dips, bumps and thuds.

Do you have a roadway or intersection that's driving you crazy? Send us an email at drivingyoucrazy@wbir.com.

RELATED: Driving You Crazy: Cumberland Avenue construction near the University of Tennessee. Again.