A new road is opening in this small community as part of development project. None of the residents will be able to use it. 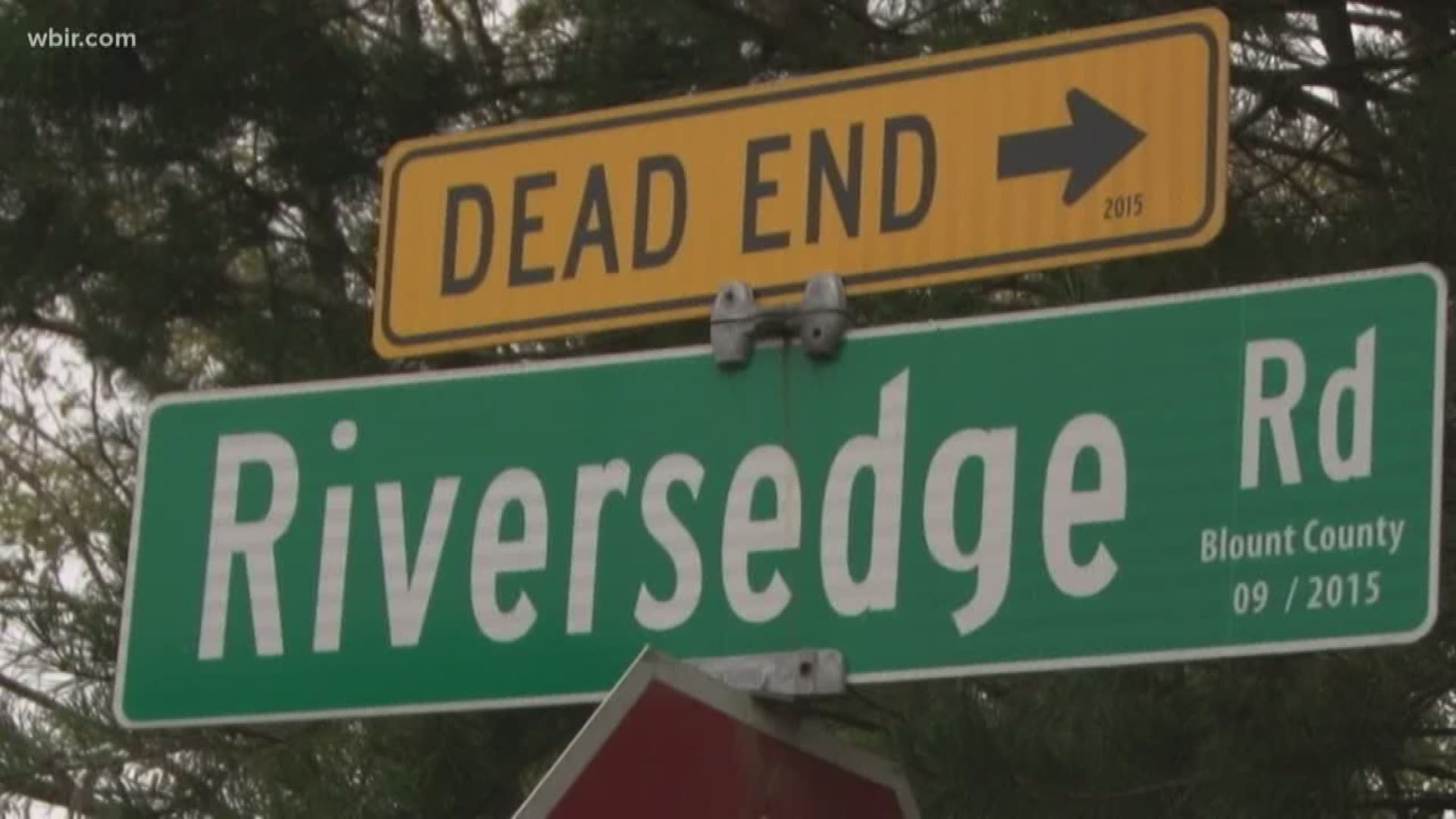 KNOXVILLE, Tenn. — A residential area in Blount County is starting to attract business and neighbors are outraged.

Construction on an old TVA building off Topside Road began in July, where a new Enterprise Rental Car will open its doors. There will also be a regional headquarters for the business and as part of the project, a new road opened off the nearby Riversedge Road.

Most people in the neighborhood said the construction of the 19-acre property came out of nowhere. It is an Alcoa city project, yet most residents live in Blount County.

"Nobody knew. There was no input at all from us," nearby resident Rob Unger said.

The plan started to be developed as early as 2018 and the Alcoa Municipal and Regional Planning Commission approved it in three phases. The final approval was made in July.

By the time the Blount County community heard about the project, it was already underway. There was nothing they could do.

"We went to two planning and zoning commission meetings, and Jeremy Pearson told us that this has already been approved," resident Cherie Greenway said.

Yet, Jeremy Pearson, city planner of Alcoa Planning and Codes, said that the commission's agenda is published every month. He also said that there are no additional notifications of development projects besides the publications.

The blueprints show that a new entrance to Riverside Road was approved as part of the project. Yet, around 40 people will be allowed to use it; only employees with the regional office are authorized to drive over it.

RELATED: Driving You Crazy: How long is too long to wait at a red light?

"We're residential, they're commercial," Sherry Greenway said, a resident of the area. "We just don't think it's fair."

The road was originally designed for traffic of around 20 houses. Soon, it may carry more traffic than ever before.

If there's a road driving you crazy, send an email to drivingyoucrazy@wbir.com