Getting more spam calls? Here's how to protect yourself from becoming a victim

The BBB recommends to take a breath and slow down, especially after a nationwide tragedy. 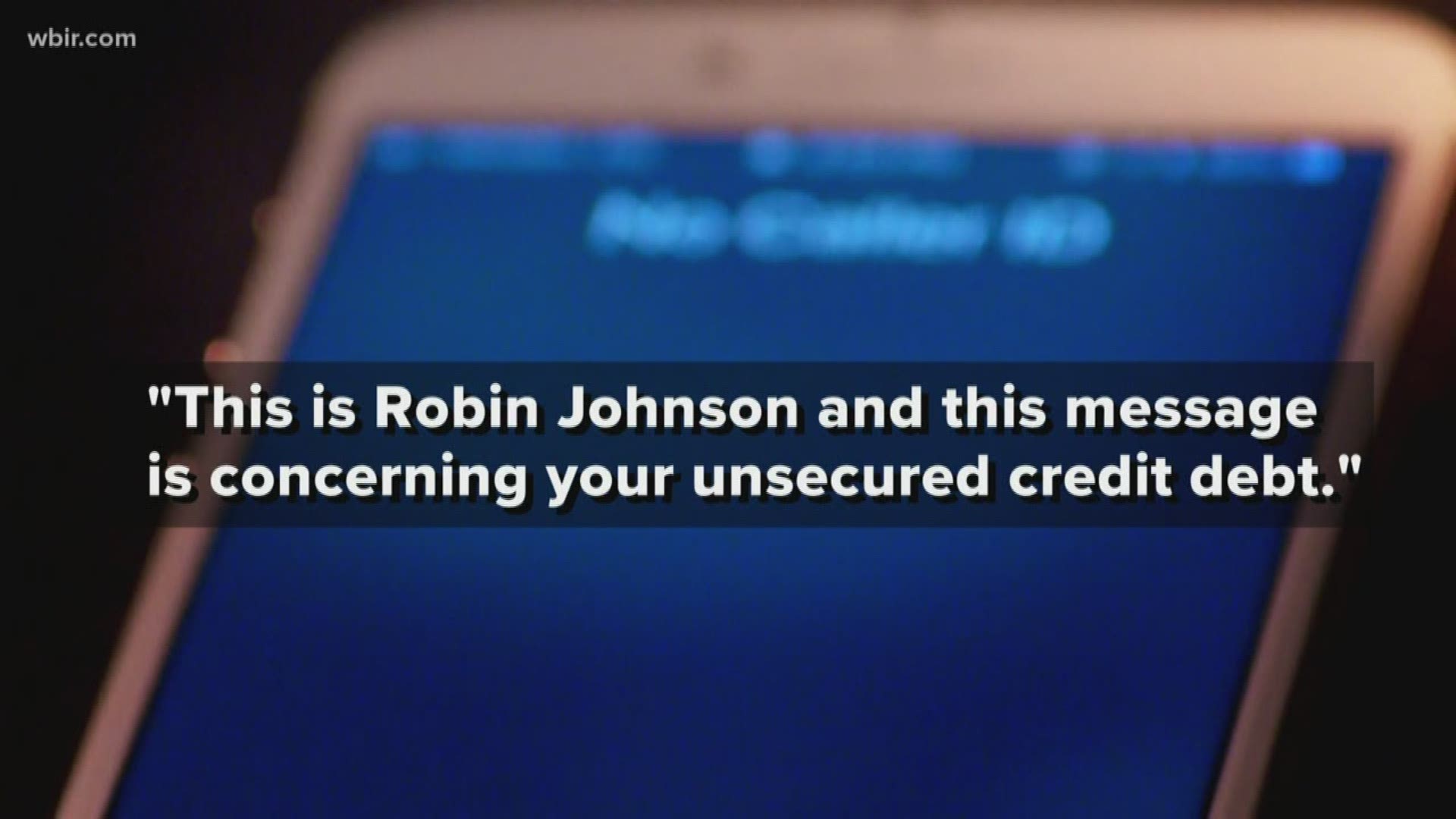 KNOXVILLE, Tenn. — The Federal Communications Commission says more than 2 billion robocalls are made every month.

Now, many are concerned some of these calls may be targeting seniors.

The number of phone scammers, or robo callers, has increased significantly in the past few years because of internet-powered phone systems.

It's an easy way for scammers to make illegal calls and display fake caller ID info, but harder for you to determine what's real and what isn't.

"Sometimes if you answer the phone and don't say anything for a couple seconds if it's a robocall it's gonna hang up," said Tony Binkley with the Better Business Bureau of Great East Tennessee.

Know that the scammers want one thing...money.

The Federal Trade Commission said $41 million was lost to scams in the fiscal year 2018, including $18 million in Tennessee, making it the fifth most vulnerable state to scams.

RELATED: End of robocalls? Phone companies can block them for you, FCC rules

Most want you to react without having a chance to think. The BBB recommends to take a breath and slow down, especially after a nationwide tragedy.

"Sometimes we get these calls after tragedies like the shootings in El Paso or Dayton. Where maybe it's donate to this charity to help these victims because they know most people are good and want to help and they play on the vulnerability," said Binkley.

And if the calls don't seem to stop, block the number.

In June, the FTC announced operation "Call It Quits." It's a partnership with state and federal partners to crack down on robocalls.

So if you get one of those calls, make sure to report it to the FTC.