10Listens: Questions about proposed law to label licenses of people with certain conditions 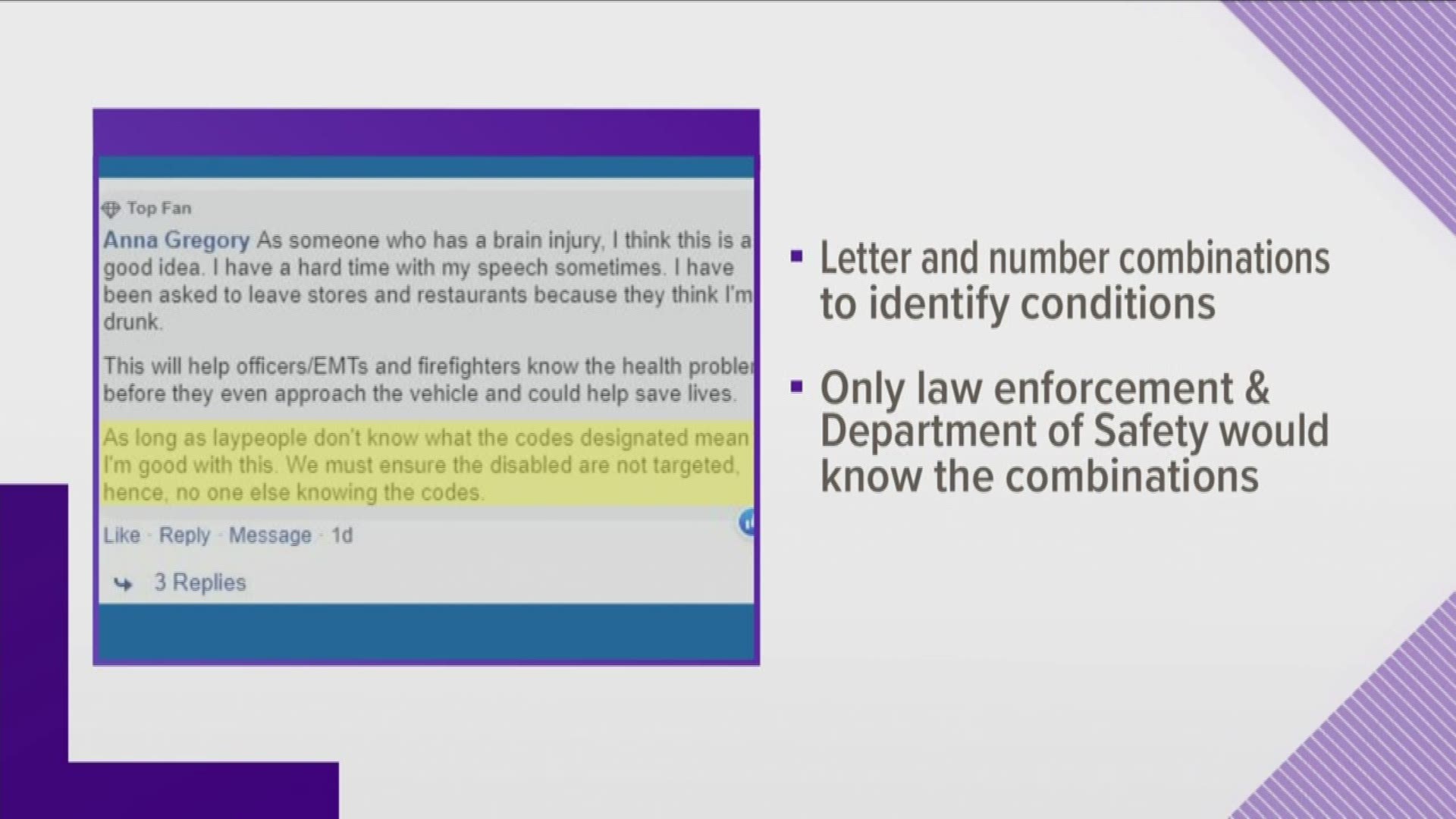 A proposed law in Tennessee that would label the license plates of people with medical conditions, intellectual disabilities or developmental disabilities is creating some questions.

The intention of the H.B. 1584 is to alert first responders about any special needs that could impact their interactions with the driver. There are some conditions that make it more difficult for people to interact with others or follow commands that could become an issue when dealing with a police officer or other emergency officials.

When we posted about the story on our Facebook page, a number of people had concerns that we wanted to clarify.

It's not a done deal

This is only a proposed bill that has been filed, along with hundreds of others. Once the legislative session starts, it will begin the long process of moving its way through the legislature, so it's a long way from being state law. Also, many changes and clarifications can and probably will be made along the way.

It would be voluntary

As the bill is currently written, anyone wanting a special license plate would have to apply through the Department of Revenue.

Who gets to decide who is labeled?

Applications would require a form from a licensed doctor stating the driver qualifies for the special plate.

The bill states that the Department of Revenue would consult with the state health department to determine requirements for the plates.

As the bill is written, the plates would include letter and number combinations to clue in first responders. Only law enforcement and the Department of Safety would be aware of the combinations and what they mean.

The proposed law, H.B. 1584, is intended to keep drivers with certain conditions safe on the roads. Legislators said it would help first responders during a traffic stop or a welfare check to understand the person's unique needs before approaching them.

It was introduced by Rep. Brandon Ogles on Dec. 30, 2019, who represents District 61 in Williamson County. The proposed law is still in its early stages and has not gone to a vote.